The paradox of the best bike on the MotoGP grid 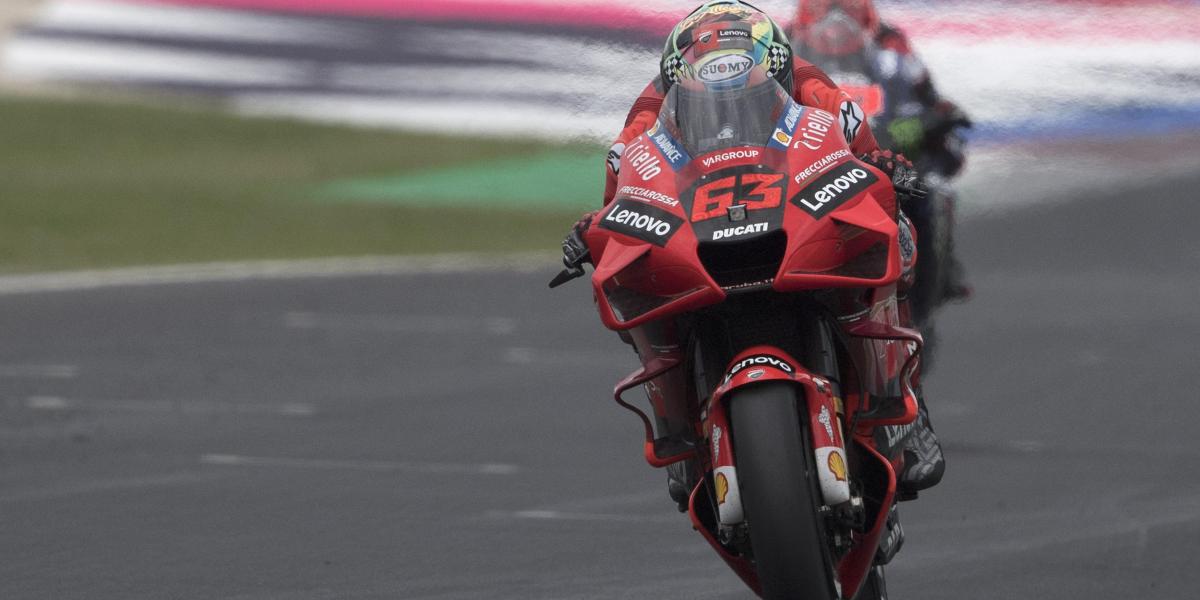 I don’t know why, but Ducati doesn’t like the word that their Desmosedici is the most competitive bike on the MotoGP grid. But the numbers are staggering in this regard. It is true that Yamaha has won one more Grand Prix so far this season than the Borgo Panigale brand motorcycles, but while the Japanese have basically done it with the same rider –Fabio Quartararo-, Ducati has done it with Jack Miller, with Jorge Martín and with Pecco Bagnaia. And if we talk about podiums added in the fourteen races held so far, the Italian dominance is overwhelming: there are seventeen, distributed among five drivers.

In other words, five of its six drivers have managed to finish in the top three at some point. Riders with styles as different as the explosiveness represented by Jorge Martín or the “lorenzista” finesse of Pecco Bagnaia; the first a freshman rookie, the second the brand’s new spearhead … Or at least that’s what follows after his victories in the last two GGPP and his second position in the provisional championship.

Despite having their best bike on the track since they joined the World Championship in 2003, Ducati has a hard time greening the only MotoGP title it has on its showcases, won in 2007 by the hand of Casey Stoner. It is the toll that he has had to pay to start the season without a reference driver.

After his unsuccessful attempts to storm the World Championship, first with Jorge Lorenzo and later with Andrea Dovizioso, the strategy for this year was to bet that the best among his five official pilots would step forward, claiming with his results to become the pilot # 1. To do this, they all started the season with the same material. The law of the races would be the one that ordered things.

But this “cluster strategy” has led to over-diversification. An approach that has been responsible for Ducati getting on the title train late. Because if in the first moments of the championship it seemed that Johann Zarco was going to be the reference driver, a few races later Jack Miller’s double triumph pointed towards the Australian. But both did not ratify. When Bagnaia finally took that famous step forward, the cards were dealt.

It is true that there are 100 points to be distributed, but with a 48 points disadvantage, only one carom can prevent the title from escaping Ducati with the best bike on the grid. We will have to wait until 2022