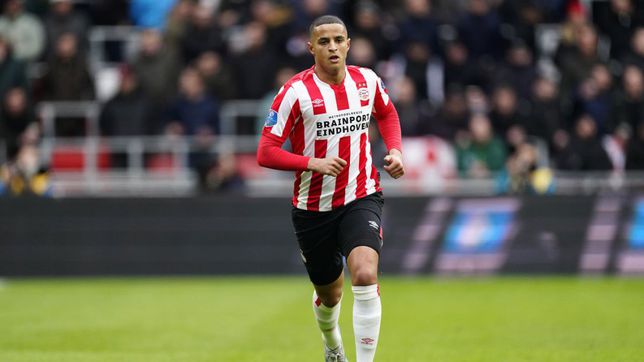 Mohamed Ihattaren is unable to get back on track with his career. On August 31, Juventus of Turin signed him after breaking into PSV with just com

Mohamed Ihattaren is unable to get back on track with his career. On August 31, Juventus of Turin signed him after breaking into PSV with just coming of age, the beginning of the end. The Italian team decided to transfer him to Sampdoria so that he could gain experience in the league, but after announcing his transfer, the player disappeared. He would later allege family problems, but he never made his debut with the ‘Samp’. His problems off the pitch worried Juventus to the point that Ajax got him on loan at the beginning of the year. Later the player would give an interview in which he harshly charged against the Italian club and its president, Marco Lanna, would deny all the accusations of the young Dutch player.

The return to Holland seemed to be the beginning of a new stage for the young Dutchman of Moroccan origin, but nothing could be further from the truth. Once again the trace of the player was lost, but this time with the approval of the Amsterdam team. According to De Telegraaf, the young soccer player received threats against his life after being in a romantic relationship and therefore not being able to guarantee his safety. Ajax and the police agreed that the player should live in greater anonymity, as well as not go to the club’s facilities and avoid his public appearances as much as possible.

However, yesterday and through his Instagram account, Ihattaren re-uploaded a story that denied De Telegraaf’s information, accompanied by a message: “Why can’t I laugh at the media sometimes?” Some statements that continue to worry both Juventus and Ajax, but their coach, Alfred Schreuder, wanted to downplay the situation: “I think Mohamed knows what is happening much better than us, so we don’t have to talk about it”. A career that begins to fade due to the off-sports problems of Ihattaren himself and a player who was called to mark an era.

Balonazos.com | Venezuelan football up to date
What are the best soccer leagues in the world?
Mauro Quiroga, after Necaxa, did he run out of goals?
FOOTBALL 3141

Loading...
Newer Post
Soccer leagues: Which are the most expensive in the world?
Older Post
Teeth of the Dog, among the best 20 golf courses in the world