The PGA Tour and LVI Golf, star in a war never seen before in golf 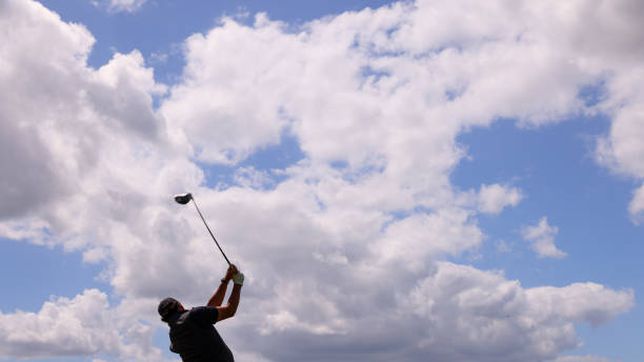 In a sport traditionally known for its "gentlemanly" behavior, it is unusual for golf to experience a two-sided battle for control of the game.With

In a sport traditionally known for its “gentlemanly” behavior, it is unusual for golf to experience a two-sided battle for control of the game.

With the PGA Tour setting the pulse for decades, players became accustomed to the traditions and conduct of this organization founded in 1929, until the eruption in the last month of LVI Golf, a circuit backed by Saudi Arabia that has hired a handful of the best known names within the fields like Phil Mickelson, putting in their bank accounts millionaire amounts never seen before.

To counter the Saudi offensive, the PGA Tour hit back by suspending 17 players who participated in the first LVI Golf event from their sanctioned tournaments. The PGA noted that “rogue” professionals, and any other professionals who joined them, were “no longer eligible to participate” in the events that for decades have been the highest level of professional golf in the world.

On Wednesday, June 22, Jay Monahan, commissioner of the PGA Tour, forcefully said that the Arabs were trying to “buy the sport” and that “if this is an arms race, and if the only weapons here are dollar bills, the PGA Tour can’t compete,” Monahan told reporters on the eve of the Travelers Championship in central Connecticut. “The PGA Tour, an American institution, cannot compete with a foreign monarchy that is spending billions of dollars in an attempt to buy the game of golf.

It may interest you: T-Mobile Arena will host Canelo vs. Golovkin III

Minutes after Monahan’s remarks, the Saudis sent out another missile of power by announcing that four-time Major champion Brooks Koepk had officially left the PGA Tour to join the alternative circuit. LIV Golf also announced the majority of the course for its first tournament in the United States, which kicks off June 30 at Pumpkin Ridge Golf Club outside of Portland, Oregon.

Golfers like the Mexican Abraham Ancer could not resist the seduction of LIV Golf, tournaments are shorter than those of the PGA Tour (three days instead of four) and offer large payouts, with individual winners receiving four million dollars and members of winning teams share purses of three million, far more money than the vast majority of PGA Tour tournaments.

With the Saudis, the bottom places get $120,000, while on the PGA Tour those who don’t make the cut after two rounds get nothing.

Despite the economic appeal and the big stars they have gathered, US television networks have not been interested in broadcasting LIV Golf, largely because they are happy with the audience numbers and agreements they have with the PGA Tour.

Among other obstacles that the new circuit is facing is the absence of sponsors. Brands are unsubscribing players who emigrated because of the association with Saudi Arabia or because the companies do not want to support golfers who compete on a circuit that few see.

However, this does not seem to matter to Saudi Arabia, which maintains the intention that both tours coexist or take over the entire “gentleman’s sport”.

Loading...
Newer Post
This is how the transfer market for the BetPlay League 2022-II moves
Older Post
The whole world in shock by the change of Mike Tyson