The pick in the Dallas Mavericks NBA Draft 2022: Jaden Hardy 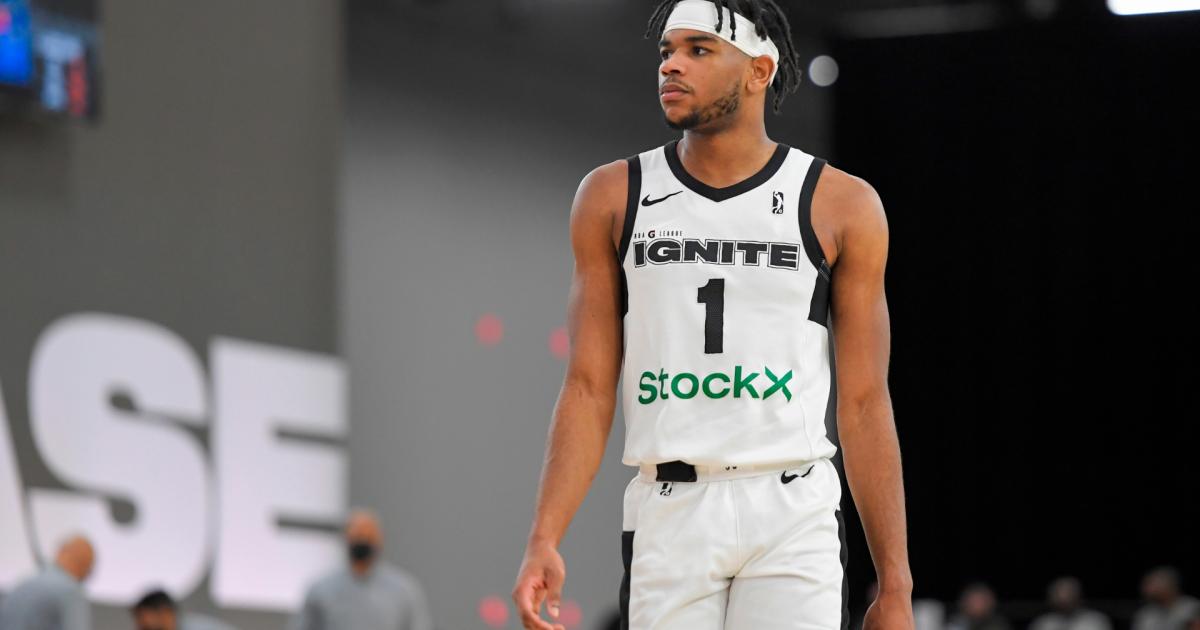 The NBA Draft 2022 passed and in the case of the Dallas Mavericks, the event left a single selection. The franchise that has Luka Doncic as a star

The NBA Draft 2022 passed and in the case of the Dallas Mavericks, the event left a single selection. The franchise that has Luka Doncic as a star drafted Jaden Hardy with pick 37.

How does he play, what are the strengths, weaknesses, characteristics and statistics of this new Dallas player? An in-depth look below.

How does Jaden Hardy play?

Hardy, a escort 1.93 tall and 19 years old, was considered the Ignite’s best project, but he did not have a good season in the G League. Although he averaged 17.7 points, 4.6 rebounds and 3.2 assists in 32.2 minutes, he did it with a 35% from the field and 27% in triplesleaving negative feelings in various aspects.

Hardy has interesting scoring resources, especially when it comes to creating with the ball in his possession. He is dangerous from the pick and roll game and has an accurate shot from the dribble, which he uses very often in the middle distance. Super aggressive and scoring mentality.

The problem is that his decision making, shot selection and percentages were really poor. He forces shots without much sense, he passes the ball very little (more turnovers than assists) and he simply wasn’t accurate either as a finisher or as a tripler. At least the version that was seen in the G League was that of a volume scorer, who didn’t play winning basketball. The talent is there but he must correct many aspects of his game.

Defensively he also has to take a step forward. The height already puts him at a disadvantage for the shooting guard position and while he is a good athlete, he needs to improve his focus and intensity.

Timberwolves 124-106 Rockets | NBA: Usman Garuba shows his powers in the NBA: hit a player with 2.20 wings and adds up to everything
NBA Draft 2022, schedules, picks, where to watch, best players
NBA rumors: New York Knicks throw in the towel with Donovan Mitchell
NBA 3135

Loading...
Newer Post
Dos Anjos vs. Fiziev, the star that will change history in light weight
Older Post
“Let’s get (at least) halfway to the moon”