The pick in the Sacramento Kings NBA Draft 2022: Keegan Murray 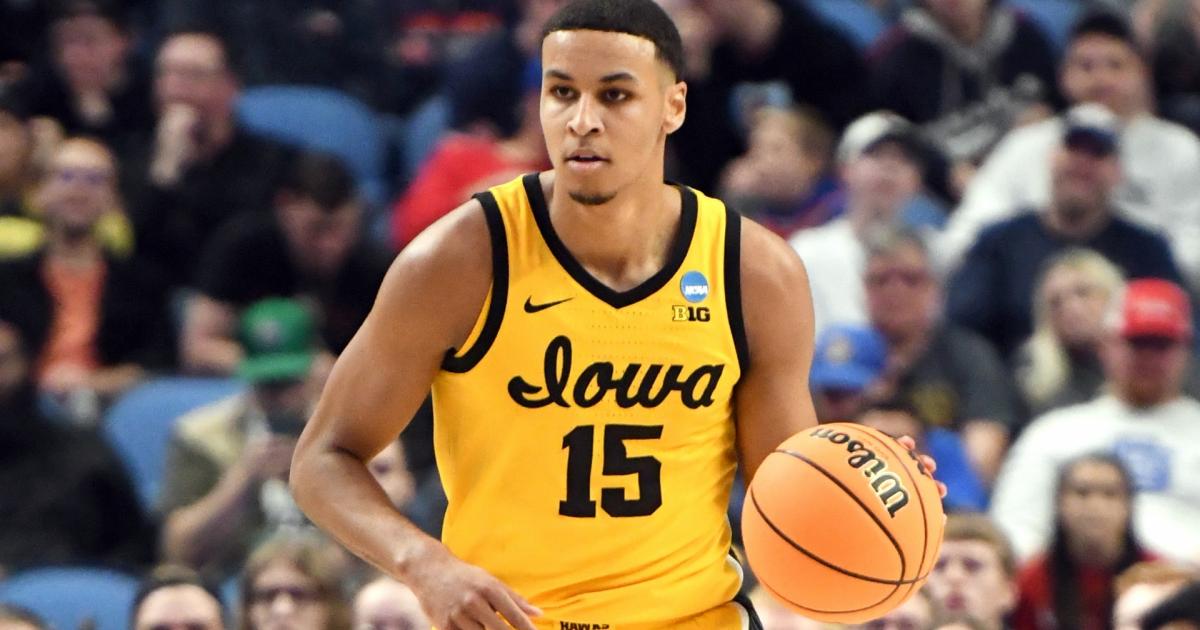 The NBA Draft 2022 passed and in the case of the Sacramento Kings, the event left a single selection. The California capital franchise drafted Keeg

The NBA Draft 2022 passed and in the case of the Sacramento Kings, the event left a single selection. The California capital franchise drafted Keegan Murray with the fourth pick.

How does he play, what are the strengths, weaknesses, characteristics and statistics of this new Sacramento player? An in-depth look below.

How does Keegan Murray play?

Murray is a 4, 2.03 meters tall and soon to be 22 years old. What sets the former Iowa apart is his combination of scoring resources and athletic explosion. His cover letter for the NBA is undoubtedly the outside shot: he took nearly 5 3-pointers per game last season and scored 40% of them. In that aspect, he has little to envy a possible first pick like Jabari Smith.

Still, Murray is far from a 4 who just sticks his neck out. He is an aggressive and strong scorer to attack the rim, capable of exploiting mismatches in the post and being really effective as a finisher: he shot 69% on shots close to the rim. A number that puts it at the height of the strongest and safest interiors of the university competition, even giving away a few centimeters of height.

His aggressiveness took him to average 5.4 free throws per game in 31.9 minutes and shot 75% of them in his career at Iowa. Physical and with excellent scoring instincts.

Where Murray is not as strong on the offensive end is like playmaker. He lacks a good shot on the move or off the dribble and doesn’t excel as a passer. Although to his credit, he was extraordinarily confident with the ball in his possession: only 1.1 loss per matchdespite being Iowa’s leading scorer. Part virtue, part having the ring between his eyebrows and rarely taking chances with decisive passes.

The biggest doubts regarding the NBA transition regarding Murray are in defense. His athletic ability gives him high impact potential and versatility, both when it comes to protecting the rim and scoring on the perimeter. In turn, he had a rebounding performance on both sides worthy of a higher interior. The Cedar Rapids native has the natural tools to be a solid defender.

However, its potential here is lower than other projects, lacking the best stature and not looking like the most intense or focused marker (something perhaps understandable because of his offensive load on the Hawkeyes). Doubts remain as to whether it could be a five of small-ball in the NBA, as he lacks intimidation in the paint. His energy and dedication will define whether on this side he will be a complete defender to the Brandon Clark or someone with clear brand flaws like Obi Toppin.

NBA: Dejounte Murray to the Hawks in exchange for Danilo Gallinari!
NBA 2022 Pacers vs Lakers: Sitting Russell Westbrook was not the solution either: Pacers exploded in the fourth period to beat the Lakers
Grizzlies the last invited to the NBA semifinals
NBA 3169