The picks in the Atlanta Hawks NBA Draft 2022: AJ Griffin and Tyrese Martin 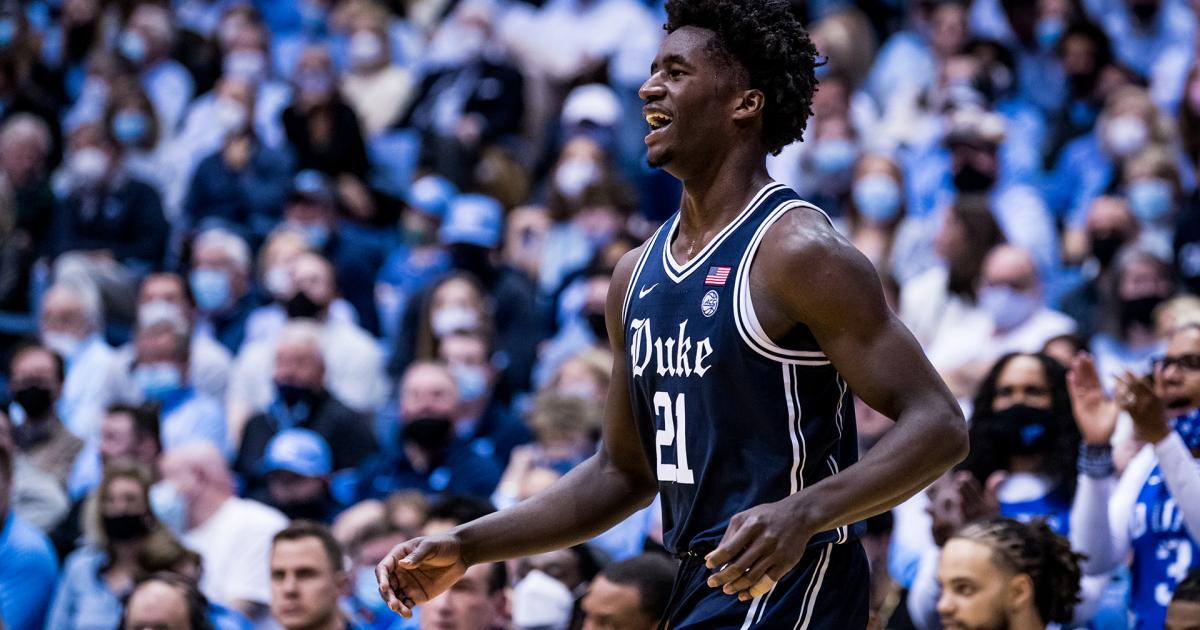 The NBA Draft 2022 passed and in the case of the Atlanta Hawksthe event left two selections. The Georgia franchise drafted AJ Griffin (16th) and Ty

The picks in the Atlanta Hawks NBA Draft 2022: AJ Griffin and Tyrese Martin

How do they play, what are the strengths, weaknesses, characteristics and statistics of these new Atlanta players? An in-depth look below.

How does AJ Griffin play?

The son of ex-NBA Adrian Griffin is a forward who is 1.98 tall and just 18 years old, who has just averaged 10.4 points, 3.9 rebounds and an excellent 45% in triples in 24 minutes of his first NCAA campaign. Closing it in March was not the best, but it still remains a top project of its kind.

Griffin’s main attraction from an NBA perspective is his combination of great physical conditions (very strong for his age) and offensive resources. His 45% 3-point shooting speaks for itself, but he also showed himself to be a player capable of creating with the ball in his hands, even when that wasn’t his role at Duke. His 14-24 shooting from the field in clearance situations is excellent, as is his 5-7 shooting from the low post and his 42% shooting rate. jumpers from the dribble.

Defensively Griffin’s potential is also high, with his good natural tools. Solid blocking and rebounding numbers during his year at Duke, while allowing just 3-for-16 from the field in one-on-one action (clearouts and low post). Good posture and focus.

Defects? He is not the most explosive player from an athletic point of view (stronger than fast), the frequency of his injuries is worrying and although he has shown flashes, he still has to show that he can be a creative player with the ball, especially when it comes to operate from the pick and roll. He projects more as a complementary piece to the Patrick Williams than an offensive first option, though it’s hard to assess given the talent around him at Duke and his supporting role on the team. In addition, its throwing mechanics raise some questions.

How does Tyrese Martin play?

Martin doesn’t have elite skill in NBA terms, but he brings in a number of different areas and is solid in almost all of them. The shot is probably his best attribute: he scored 43% from three in 2021-2022. However, he is not a specialist: in the previous three years he had never exceeded 32%, his shooting on the move is not good and he was below 70% in free throws in all his NCAA years.

The UConn player also finds a way to frequently get to the rim, whether in transition (20% of his possessions) or creating with the ball in his hands. He’s a long way from excelling on pick-and-roll or clearance, but he can attack the paint on more basic penetration plays. He also stood out especially as a low post player: they represented 11% of his possessions and he scored an excellent 50% in them. Average as a passer.

Martin’s problem when creating play with the ball is that he is not an explosive athlete and had problems as a finisher, even in the NCAA. He only shot 40% on drive to the rim, when the average for Draft perimeter players is 47%. Predictable with the ball: he went to the left in 72% of the occasions.

Martin’s defensive potential isn’t particularly high. He showed correct concentration on that side and has good height and power, but many times lacks the athletic burst or length to be a higher impact marker. He allowed a lofty 43% on one-on-one defenses (37% is average for Draft perimeters). Very good rebounder on both sides.

Loading...
Newer Post
UFC Vegas 58: Dos Anjos faces Fiziev at UFC Vegas 58
Older Post
Formula 1. This is how the drivers drink water and go to the bathroom during the race