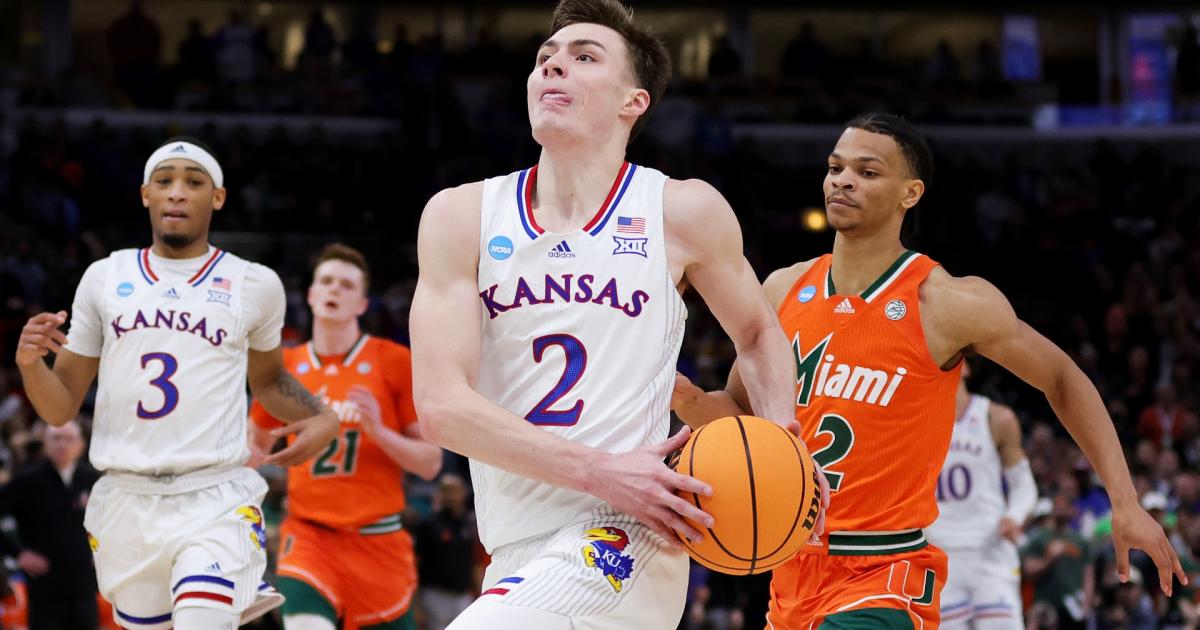 The NBA Draft 2022 passed and in the case of the Denver Nuggets, the event left three selections. The franchise that has Nikola Jokic as a star dra

The NBA Draft 2022 passed and in the case of the Denver Nuggets, the event left three selections. The franchise that has Nikola Jokic as a star drafted Christian Braun (21st), Peyton Watson (30th) and Ismael Kamagate (46th).

How do they play, what are the strengths, weaknesses, characteristics and statistics of these new Denver players? An in-depth look below.

How does Christian Braun play?

The Kansas native is an all-terrain vehicle that brings positive questions in all areas. In the NCAA, Braun played a wide variety of roles, although at the NBA level his role is probably more reserved for shooting 3-pointers, defense and his sensational ability to play transition. As a 3-pointer, Braun took 4.1 shots in his last two years with the Jayhawks, shooting 36%.

Solid marksman, but could have some issues at the next level, not having the fastest mechanic. Effective on foot (40% accuracy), but he hardly shot or scored on the move.

Where Braun was completely different in Kansas was with his ease and instinct to come out on the break. His 68 shots made in transition lead all NCAA Draft 2022 drafts by one field (Bennedict Mathurin appears second with 56). 27% of his plays came that way (the average is only 14%), and he shot an excellent 64% from the field on them.

Good passer. Intelligent and selfless player. He also stood out in his creation actions with the ball (48% accuracy in clears, 50% from the pick and roll) but in a low volume of attempts. It will not be his NBA role, but he is far from being a loser when it comes to having to solve with the ball in his power. He had a good 51% accuracy on his penetration plays.

Defensively, Braun’s was sensational during 2021-2022 and at least he should be a good NBA marker. Good numbers in blocks and rebounds. He allowed 27% of the field in one-on-one defensive actions, a number simply off the charts. Compete and play with high energy level.

How does Peyton Watson play?

Regarded as the eighth best player in his class, Watson was never able to finish finding his place at UCLA and saw few minutes during 2021-2022. Average 3.3 points, 2.9 rebounds and a very low 32% from the field in 12.7 minutes.

Watson is a 19 year old forwardgreat height (2.03 meters), very long arms and correct athletic ability (although not super explosive). The NBA potential appears on the defensive side, where he already shows flashes of being a determining player. Average 1.8 steals, 1.7 blocks and 5.3 rebounds per 36 minutes as a freshman, all values ​​above average for their position.

He was also efficient at the one-on-one mark: he only allowed one 34.6% of the field in individual actions of his rivals. Focused and with good defensive energy. He is capable of marking multiple positions, although he still has a lot to gain in terms of experience and reading (he committed 5 fouls every 40 minutes).

Watson’s on the other side was really poor, as his 32% shooting rate indicates. He’s only shot 7-for-31 from 3-point range this season, including a 27% catch-and-shoot. He also did not stand out when it came to generating with the ball in his hands, having very low numbers in clear or pick and roll situations. His biggest attacking potential is when it comes to scoring off the ball, in transition and with some basic attacks off the dribble, but he still has room for improvement in each of those areas. He wasn’t even a good finisher near the rim.

Perhaps Watson’s greatest offensive virtue at this time is due to his good passing ability. He averaged a decent 2.3 assists per 36 minutes as a rookie, despite having an extremely limited role in UCLA’s offense.

How does Ismael Kamagate play?

Kamagate is the classic interior known as a rim runner. It is a five of 2.11 meters, endless arms and very good speed for its size. At 21, he already sees regular minutes in the French league with the paris basketballaveraging 11.3 points, 6.3 rebounds, 1.6 blocks and 64% from the field during 2021-2022.

Kamagate’s role in Paris began on the defensive side. His sheer length makes him a factor in protecting the rim (2.1 blocks per 36 minutes), but perhaps more interesting is his mobility and agility to score outside the paint, something fundamental in the current NBA. It still has fundamentals to improve in that aspect, but it has the tools to be a marker of clearly positive impact in various areas.

One problem with Kamagate on defense is his lack of physical power. Something logical in the case of Dieng and his recent 19th birthday, but more worrying in a young man who is already 21 years old. Stronger insides moved him easily in one-on-ones and despite his long arm reach, he had low rebounding numbers. In favor of the Frenchman, it must be said that he has an interesting engine and defends with energy and concentration.

In attack, Kamagate’s role was super limited in Paris. Basically he touched the ball on offensive rebounds, in free fall actions towards the hoop or in transition. In this last item he stood out: very good speed for someone of his stature and added often in quick offenseswhere it is obviously very difficult to stop.

Kamagate didn’t shoot 3-pointers this season, but he shows a interesting medium distance shot. Little use, but converted it above 40%. Fast mechanic. You can develop a solid 4 or 5 meter throw over time.

The Frenchman put up efficient numbers on the few occasions he was sought after in low-post one-on-ones, but basically because of his very long arms that put it practically next to the hoop when he receives in good position.

He does not project himself as a good player with the ball, including limitations like an extremely unorthodox hook. He had 59 turnovers against 24 assists.

Juan Toscano will participate in the Diving Tournament 2022
NBA rumors: Dallas Mavericks want to sign Myles Turner
Today marks the 19th anniversary of the start of the legend of LeBron James
NBA 3186