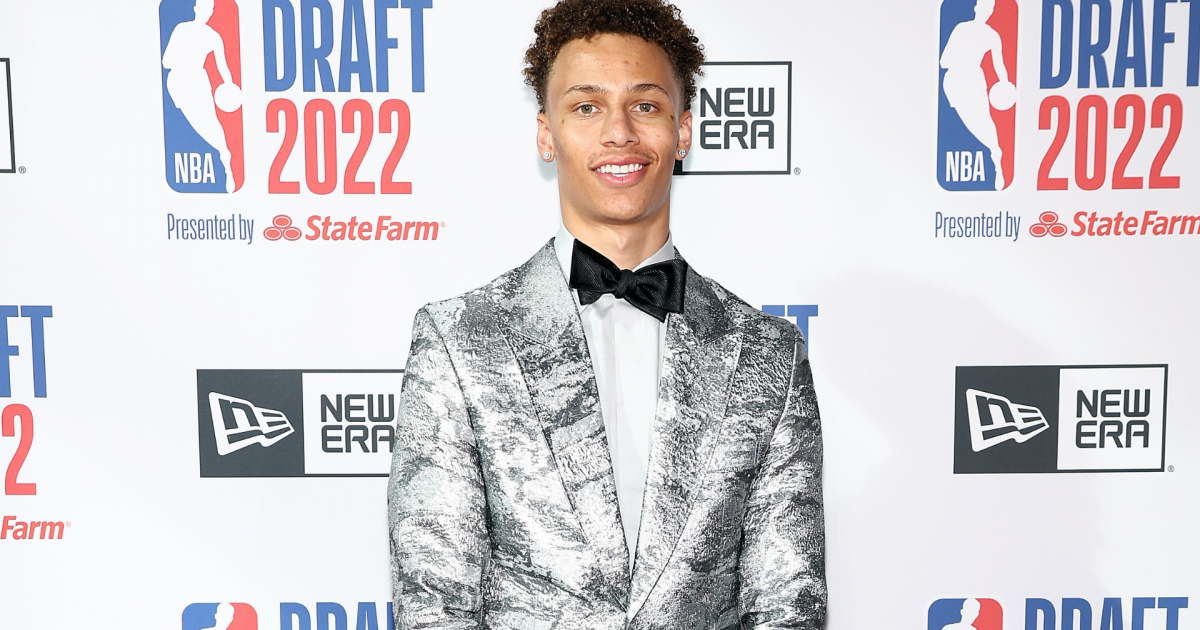 The NBA Draft 2022 passed and in the case of the New Orleans Pelicans, the event left three selections. The Louisiana franchise drafted Dyson Danie

How do they play, what are the strengths, weaknesses, characteristics and statistics of these new players from New Orleans? An in-depth look below.

How does Dyson Daniels play?

Daniels’ main draw is his combination of height and passing vision. He still doesn’t have the ball handling to be a full-time point guard, but what he does have is a creativity and excellent reading for his age. His height allows him to see over defenders and he is an extremely selfless player, always looking to get his teammates involved. His 4.4 assists per game is somewhat misleading, considering he shared the field with several other Ignite ball handlers (Scoot Henderson, Jaden Hardy, Pooh Jeter).

Especially dangerous and accurate in the open field. Be it moving the ball to the opposite half or taking down a defensive rebound and immediately making a long pass to an open teammate.

As a scorer, Daniels’ best is tied to his ability to attack the rim. Good finisher (even with contact) and handles the float perfectly. Excellent touch close to the painting.

Out of that, Daniels is not currently a dangerous scorer and does not project as such in the NBA.. His handling of the ball is far from being the safest and leaves many doubts as a shooter: Only 25% 3-point shooting in the G League and his weak shooting mechanics not too exciting.

Defensively, the Australian is very interesting. He needs to improve some fundamentals of posture and attention that are logical for his age, but he has everything to be a decisive and very versatile player in his own field. Capable of guarding multiple positions and making plays on the ball, with good numbers in rebounds, blocks and steals.

How does EJ Liddell play?

The first thing that stands out about Liddell is his vastly improved outside shot. In addition to that mentioned 37% from three, he shot 41% in catch and shoot shots, scored 77% from his free throws and was shown as one of the most dangerous interiors among the Draft candidates when it came to scoring from actions of pick and pop He has NBA reach in range of him.

Of course, Liddell also added his power and posting ability to that. 32% of his actions were low post and he converted an excellent 51% of them. He made the most of his strength and touch to dominate NCAA interiors on those plays, especially with a half-turn shot.

Obviously the question remains how much will he be able to transfer that part of his game to the NBA, as an interior of just over 2 meters. It is likely that his role ended up being on the perimeter.

Liddell doesn’t offer much in terms of playmaking. He’s a decent but not above-average passer, while he didn’t attack much from the dribble nor was he efficient when he did (39% penetration accuracy). His percentages in mere finishing actions were not the best and he added little in transition.

Although Liddell’s projection is somewhat limited in attack, his defensive potential is more interesting. The height is a problem, but it partially compensates with long arms, great physical power, energy and good athletic ability.

Average 2.7 plugs every 36 minutesbut with an even more meritorious detail: spent a lot of possessions marking on the perimeter, where giving a cap is much less likely. In fact, 68% of his defensive possessions were perimeter actions, well above the 58% averaged by the other interiors in the 2022 Draft. You can give positive answers in the changes behind the curtains.

Even so, his lack of stature made him susceptible to being overpowered by bigger opponents near the rim: Allowed a lofty 42% from the field in low-post action (39% is average for Draft interiors).

How does Karlo Matkovic play?

Karlo Matkovic is a interior of 2.08 meters and 21 years, born in Bosnia but representing Croatia. He is currently Jovic’s partner in the Serbian Mega Bemax and adding the different competitions, in 2021-2022 he averaged 11.6 points, 6.2 rebounds, 1.2 blocks and 61% from the field in 22.1 minutes.

Matkovic has a very clear profile, as a five athletic, defensive, finishing and dirty work. On offense, his comes around the rim, whether it’s with drops in the pick and roll, grabbing offensive rebounds (he does it at a sensational pace) or coming out in transition. Explosive finisher, capable of finishing with a lot of power in the paint.

Outside of his ability to finish, set up strong screens and charge the rebound, Matkovic doesn’t add much on offense. lacking creation with the ball (from the dribble or low post) and outside shooting: Didn’t hit a 3-pointer last season, though in recent tryouts with NBA teams he showed some potential as a 3-point shooter. Of course, these were tests without a competitive game context, so he will have to show that he can shoot in games, too. So far he hasn’t. The Croatian does not contribute much as a passer either and adds more losses than he should due to his role.

Defensively, Matkovic is interesting. Not only does he have height and good athletic ability, but he is also physical and plays with a lot of energy. He constantly proposes contact, had good numbers in blocks (2 every 36 minutes), acceptable as a rebounder in his own hoop and even showed some ability to get out of the paint and move on the perimeter (at least in a second-order league like the Serbian ). Likewise, he still has a lot to mature and consolidate, especially in terms of reading: he averaged 5 fouls every 36 minutes, although in part that was his role in his team.

Magic Johnson suggests the NBA retire the number 6 in honor of Bill Russell
Top 5 NBA rosters for the 2021-22 season
NBA Playoffs 2022: LeBron does not give one with his Playoff predictions: team that supports, team that loses
NBA 3183

Loading...
Newer Post
“My opportunity to show them that I am going to be world champion”
Older Post
Queues at the ticket offices to buy Granada CF-Espanyol tickets