The pioneers of football against the FA 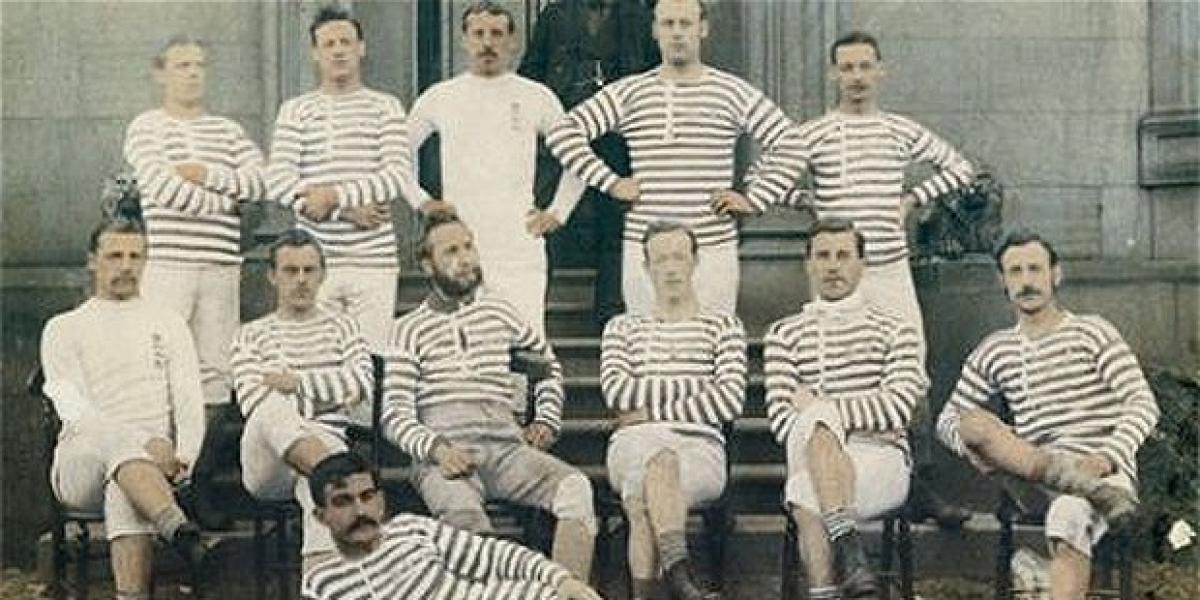 This is about the class struggle and the birth of professional football. The select bourgeois minority, sheltered behind the walls of the elitist English schools where ‘rugby football’ was practiced since the middle of the 19th century, opposed, in the incipient practice of a game with a ball, to the players being paid to play. They argued that the essence would be lost. In fact, their fear lay in thinking that they would lose the monopoly of the game to the workers who were beginning to crowd the industrial cities of northern North America. England.

Driven by different personal experiences, Fergus suter and James love, they traveled from their native Partick, a suburb of Glasgow until Darwen, 320 kilometers south, near Manchester. The vision of James Walsh, owner of Darwen fc and from the local factory, to ensure a good result in the FA Cup, decided to hire the two Scots for his company, and incidentally improve his team of workers before the Old etonians, the prestigious team of Eton College where most of the players were at the FA.

We are situated in the middle of 1878 when James love He goes through various financial difficulties as a cleaning contractor, his father’s construction business is sinking and plagued by debt, he declares bankruptcy and must go to court. By failing to appear, the local sheriff orders the arrest of young James. At the beginning of October 1878, Sees it give up Partick and scrolls to Darwen where he met several players looking for a new job and a new life. Their belongings and properties are auctioned.

A few weeks after the arrival of James to Darwen, Fergus suter packs up and shows up in Lancashire with the intention of looking for a new job after knowing the success with which it was received Sees it on Darwen. A mismanagement of the monetary funds of the ‘City of Glasgow Bank’, which lost the savings of some 1,200 people, made him decide at the age of 21 to seek his life. In a match of Darwen before him Turton In March 1878, £ 18 was raised from the tickets sold, and historians place this act as the beginning of the club’s owner’s intention to sign players out of the factory.

The feat of Darwen FC

The tie against the bourgeois elitists of the Old etonians in the 1878-79 academic year, he put the Darwen. They had to play three games in a row in London to decide who was passing. In the first game, the favorable result of 5-1 at half time in favor of the Old etonians it presaged an even more bulky result but, in the second part, Suter scored two goals and Darwen ended up tying the game at 5. Fearing defeat, the Old etonians they refused to do overtime. They were cited for a second game that ended 2-2. The third match was won by Old etonians lifting the FA Cup fifteen days later before Clapham rovers (0-1). The feat of Darwen fc encouraged numerous workers to build teams and organize matches between towns throughout England. The Old etonians They inquired whether an extra salary was paid to the two ‘Scots professors’ without favorable results despite suspicions. In an interview with Lancashire Daily Post (12/13/1902), Suter It does not recognize if they were paid exactly to play but they did receive about 10 pounds from the club’s treasurer.

James love left the team just a year after his arrival, to enlist in the Royal Marines His Majesty. Misfortune meant that he fell ill in Egypt with fevers, dying on September 27, 1882.

Suter found his true calling in football. During the summer of 1880 and without warning, he left Darwen and signed for local rivals: the Blackburn rovers. Walsh he vigorously protested the possible financial tricks offered to his star player. There is the possibility that he was offered money but the option that takes more force is that of a possible concession to manage a pub.

Discover more stories of athletes who have broken the schemes of the world of sport, have gone against the current or have overcome the obstacles that life threw them in:

The Russian oligarch Abramovich, doomed to sell the Chelsea football club due to his proximity to Putin
Panorama. It’s a football match and, at the same time, a global party
Real Madrid: Zidane turns football into art in Glasgow
FOOTBALL 2642