The pleasant memory of F1 on Montoya’s birthday 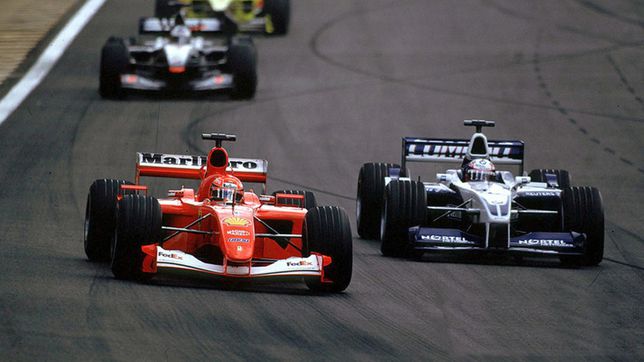 This Tuesday, September 20, Juan Pablo Montoya celebrates his 47th birthday and there was a special message, with pleasant memories included, from

This Tuesday, September 20, Juan Pablo Montoya celebrates his 47th birthday and there was a special message, with pleasant memories included, from Formula 1, a category in which he ran between 2001 and 2006 with BMW Williams and McLaren Mercedes.

The official F1 Instagram account published a video of a mythical overtaking of the Colombian to Michael Schumacher in Interlagos, the third Grand Prix that Montoya ran in the highest category of world motorsports.

“Juan Pablo Montoya was never one of those who shied away from a challenge. This powerful move against Michael Schumacher came only in his third F1 race. Without a doubt, the Colombian will attack his birthday in a similar way today. Congratulations,” says the post.

The third valid of the 2001 season began with the retirement of Mika Hakkinen, who started from second position, but his McLaren was stopped at the start, so there was a safety car. For the restart of the race with the green flag, Schumacher was in the lead, but Montoya surprised him on the inside in the Senna S, he won the position and took the public’s ovation in a maneuver cataloged as the best pass of that year.

The race ended badly for the Colombian, who was on his way to his first victory in Formula 1. However, on lap 34 he overtook Jos Verstappen, one of the laggards and father of the reigning champion, who over-braked before the curve and hit Montoya’s BMW Williams from behind.

Four podiums for the Colombian in his rookie year, including his victory at Monza, his first in F1, in which he won six other grands prix: Monaco, Germany, Brazil (2), Great Britain and again Italy.