The pride of Latin America in Formula 1 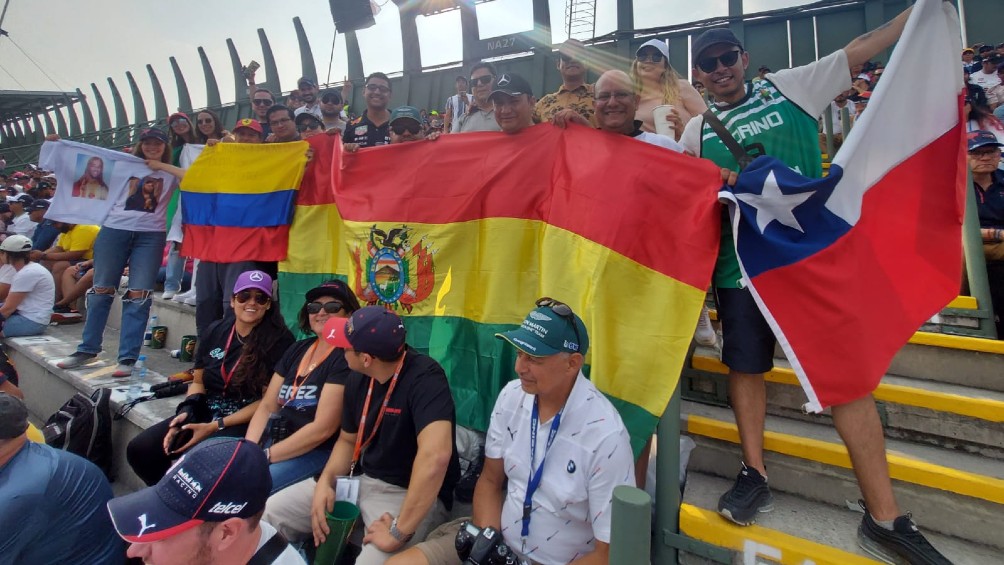 The Mexico City Grand Prix represents the entire region of Latin America, which is why foreigners make the long trip from their countries to the Me

The Mexico City Grand Prix represents the entire region of Latin America, which is why foreigners make the long trip from their countries to the Mexican capital to be part of the festival of the Formula One.

During the first day of activities, a large group of Latinos made up of seven Bolivians, 9 Colombians, and two Chileans gathered to witness the first two tests and obviously the race next Sunday.

“We’re really enjoying ourselves a lot, it’s a real party. All Latin America is present here in Mexico. This Grand Prix represents us. Although it is also run in Brazil, but what is lived in Mexico and the atmosphere is great”, said Huscar Martínez, one of the Bolivians who has previously traveled to our country to be part of this event.
Although Formula One fanaticism is divided between teams like Ferrari, Red Bull, Mercedes, Williams or some other, there is a similar feeling and that is wanting to see Sergio Pérez win at home.

“Obviously we support Czech being Latino, some of us are from Red Bull by nature, some of us are from other teams, but we would like to see Checo win on Sunday
Huscar added that each Bolivian spent an approximate of two thousand dollars between food, plane, entrance to the race, but without a doubt it is money well spent.

“It is a race that takes place once a year and it is the closest after Brazil, so I think it is money that is very well invested, we are very happy to be here both in the race and in Mexico, it is a country very similar to Bolivia”, he confirmed.

YOU MAY ALSO BE INTERESTED IN: CHECO PÉREZ: WHY DOES THEY SING THE ‘SABROSO OLD MAN’ TO THE RED BULL DRIVER IN THE MEXICO F1 GP?

Tags: breaking news, F1, today
Red Bull aims to be crowned in the Constructors’ Championship since 2013
He became a soccer analyst the same day he was fired from Pumas
‘We are focused on returning with regular season games’
FORMULA 1 2997

Loading...
Newer Post
Sean O’Malley upsets Petr Yan and will go for the 135-pound title
Older Post
UFC Vegas 63: Calvin Kattar and Arnold Allen get on the scale and pass it without any difficulty