The Provincial Board promotes golf tourism in the United Kingdom 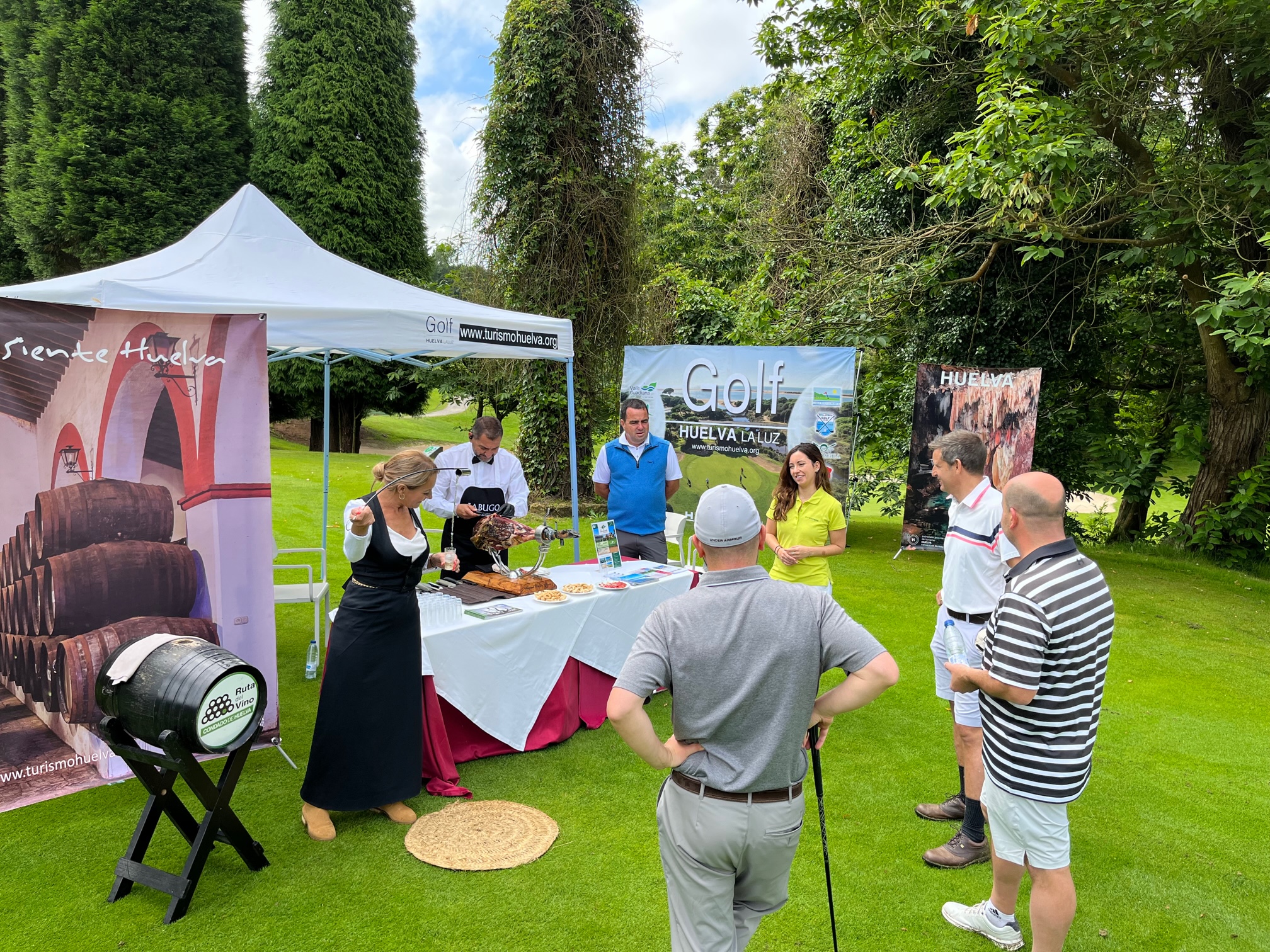 Behind the difficult situation endured by the golf sectorlike the rest of the segments as a result of covid-19, with a 100% loss of golf operations with tour operation for our destination in the 2020/2021 season, with the consequent cost/losses originating not only for this specific segment but for the entire industry that surrounds it, during the current year signs of recovery begin to appear in terms of the flow of travelers, especially international golfers who travel to this destination, which shows an obvious aspect of helping seasonality.

To help retrieve this good data on the Destination, from the Provincial Tourist Board of the Diputación de Huelva and jointly with the Provincial Association of Golf Courses of Huelva, ambitious work is being carried out to publicize the magnificent offer offered by the Destination both aimed at the professional sector/specialized tour operator in the main European markets, as well as at the more national end customer, who seeks to complement a holiday destination with a good golf offer.

In this sense, a new edition of the Golf Huelva la Luz International Golf Trophy has been held in the United Kingdom from July 5 to 7, framed in the Special Actions Agreement signed between the Provincial Tourism Board of Huelva and the Public Company for Tourism of Andalusia. Specifically, it has been developed in Liverpool, with the presence of twenty tour operators of six different nationalities (United Kingdom, Holland, Germany, Italy, Denmark and Iceland) who have had the opportunity to hold meetings and commercial relations with the entire Huelva Golf offer. who has participated in this event.

It is a direct action of Fate Presentation of close public-private collaboration to a very specialized segment that offers the possibility of holding meetings during two very favorable days to bring closer commercial agreements for the next golf season, of vital importance for the Huelva destination that is flanked to this and west by other well-established golf destinations. In fact, this format in which the offer participates jointly with the Destination under a single brand ‘Golf Huelva la Luz’ is highly valued by tour operators, with immediate confirmation of attendance.

On the other hand, last July 2, in Ovideo, the last round of the Huelva la Luz National Golf Circuitspecifically at the Real Club de Golf la Barganiza, more oriented towards the national client, with a successful convocation and fantastic reception by the participants who showed enormous interest in traveling to our destination.

In fact, as a result of the test there are several groups that have already confirmed a stay in Huelva for the next dates. With this, the 6 tests held throughout the national territory were concluded so that the winners of the different tournaments can compete the final to be held in Huelva in December. This circuit has had nearly a thousand participants among the 6 tests, in addition to the indirect impact among companions who have been able to enjoy the flavors and samples of the tourist and golf offer offered by the province of Huelva.

Figures from previous years show that this is a key sector for tourism in the province of Huelva, generating employment, a high level of spending and deseasonalizing element par excellence.

The golf occupancy data at the end of last May, taking as a reference occupancy data from the month of September 2021 – the beginning of the golf tour operation season – was sold among the different courses that make up the Destination’s offer a a total of 176,586 green fees, that is, golf games, which means that at the end of this year, 63,000 green fees less (-26.42%) compared to more than 240,000 outings and some 198,400 tourists linked to the golf segment during the 2019 financial year, a financial year that represented record numbers of visitors.

Although, facing the last semester of the year, optimism is perceived on the part of the sector to be able to reach the volume of departures reached in 2019, which supposes a direct impact for the Destination of just over 32.5 million euros, in addition to generating around 23% of the total overnight stays of the destination among all the segments.