the “rapist” and “sexual predator” who was world champion 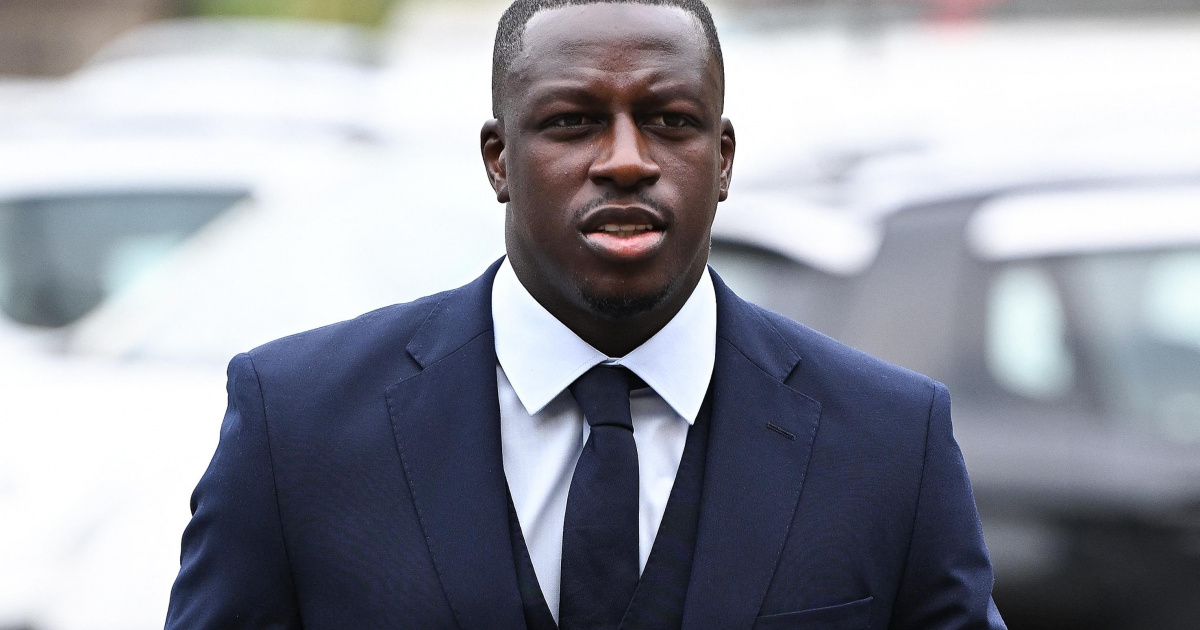 Never before in top-level football had there been a case as tricky and shocking as this one. Benjamin Mendy, a player for Manchester City and the French national team, is facing a trial these days that has shaken the world of football every time what is said there depicts a terrible person, a “sexual predator” to whom sport gave him another image. He faces life in prison.

Benjamin Mendy is not one of those ‘lesser’ footballers who get lost in the difficulty of reaching the elite. He was there, among the best. Manchester City paid 58 million euros for him in 2017 (then the most expensive defender in history) and before that, Monaco had signed him from Olympique de Marseille for another 13 million. He was a world top, a footballer with great projection and a European star. Mendy was a relevant figure in the world of football. He is, among other things, world champion, since he was part of the France that won the World Cup in Russia in 2018. He was not a key part of that team, but he did play a game, against Denmark in the group stage, so who is fully world champion like so many others.

Behind that footballer, who is now 28 years old, was hiding a “predator” who abused “vulnerable, terrified and isolated” victims. This is confirmed by the English Prosecutor’s Office, which accuses the player – separated by City – of various violations in his country. They are estimated to be eight, in addition to another attempt that he allegedly could not carry out and a sexual assault against seven women.

Mendy, judged in Chester (north of England), denies the ten charges against him, which occurred between October 2018 and August 2021 at his home in Prestbury, a town on the outskirts of Manchester. This house is essential to understand the process because the Prosecutor’s Office considers that here the player established a real “horror” where the women who went “were locked up, they were urged to get drunk and they took away their mobile phones.” Mendy denies everything and says that his actions were consented to by women.

In the trial, very harsh details have been given for the victims and it has been told how there was a party, at the player’s house, in which Mendy could have allegedly raped up to three women the same night. The player was in preventive detention for four months, the last of last year 2021, and now faces life imprisonment.

Benjamin Mendy, during his time as a player in the French national team, with which he was world championGTRES

According to prosecutor Timothy Cray this is “another chapter in a very old story: men who rape and assault women because they believe they have power and because they believe they will get away with it.” The prosecutor considers that the footballer “the doors of restaurants and nightclubs were opened to him, people wanted to be with him” since he was living “a period of success and enjoying a privileged life.” And he adds that Mendy “knew very well what he was doing” and “was willing to cross the line again and again.”

Another man believed to be the one who helped Mendy “find young women and create situations in which they could be raped and sexually assaulted” is also being tried in the process. The testimonies are tremendous and in the United Kingdom they are alarmed, especially in the Manchester City environment. A trial that is expected to last three months has been mediatized and has shaken the world of football.

Loading...
Newer Post
Vitali Klitschko divorces after 26 years of marriage with Natalia
Older Post
The second edition of the Mallorca Golf Open will be held in October