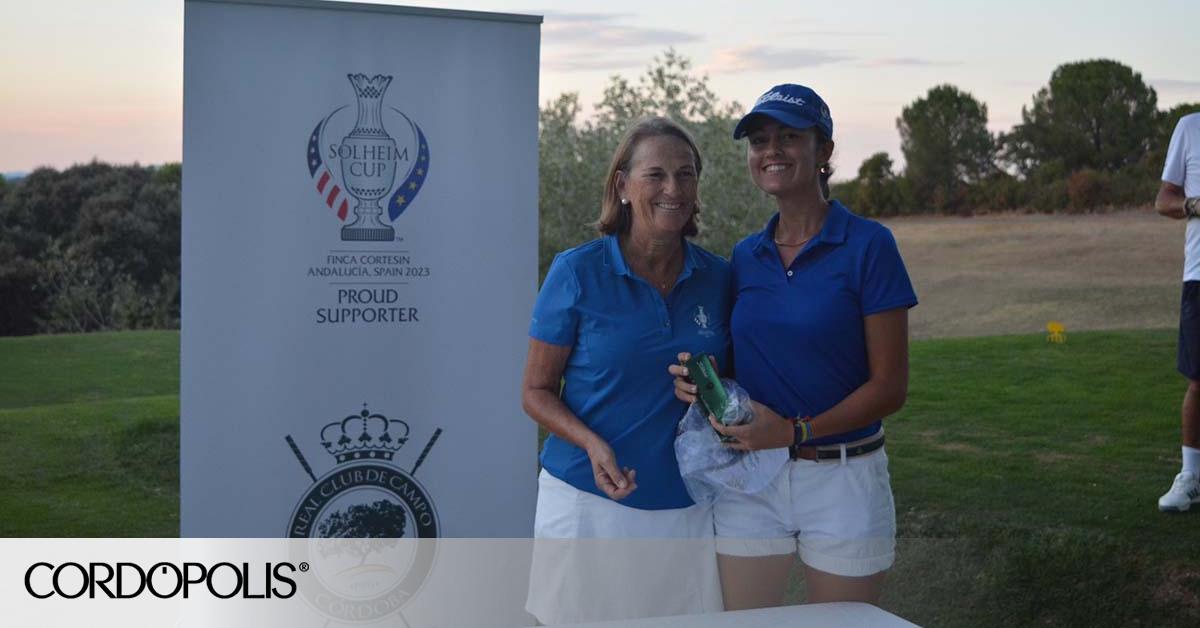 The Real Club de Campo de Córdoba has joined the commemorative acts in the form of a countdown to the celebration, within 365 days, of the Solheim Cup, which will take place from September 22 to 24 next year at Finca Cortesín, in Casares, Málaga. It will be the first time that the world’s biggest women’s golf event, the equivalent of the men’s Ryder Cup (duel match planand by teams between Europe and the United States), is held in Spain. For this reason, with a year to go until the event on the emblematic tour of the Costa del Sol, dozens of Spanish clubs have held a commemorative event called One Year To Go.

In Córdoba, the act has been sponsored by Jesús Aguirre. The president of the Andalusian Parliament has been in charge of making the opening “swing” of an informative day of the Solheim Cup which ended with a competition in the tee start of hole 1 in which the “longest swing” was awarded and the winners were Susana Granados and José María Alberti. According to Aguirre, the Solheim Cup “It will place Andalusia in the sports spotlight that week and it will be an important attraction for golfers and tourists in the coming years.”

In addition to this commemorative celebration, the city of Córdoba will host at the end of October (on dates yet to be confirmed) the trophy of the Solheim Cup. The emblematic glass jug that crowns the winning team since 1990 will be shown in several of the most unique settings in the Cordoba capital for four days. In parallel, among other activities, a golf tournament will be held at the Real Club de Campo.

María del Mar Romero, president of the Cordovan club, is the ambassador in Córdoba of the Solheim Cup and in charge of coordinating the commemorative actions of the event in the province. She highlights that “there were fifteen countries competing to host this event and Spain and Andalusia got it”. According to Romero, “the enormous boost that the Ryder Cup in Valderrama for the Costa del Sol and for Andalusian golf it will also mean the Solheim Cup. It is a showcase that is going to generate hundreds of hours of golf on television and some 100,000 visitors, so we hope that some of them will also be encouraged to visit Córdoba and learn about our virtues as a World Heritage Site”.

Tags: countryside, Golf, Solheim
A boxing evening is coming at Patronato: “There will be good fights”
The CAE will receive an evening of international boxing
Jay Z, about to become the owner of a football team
GOLF 1502