The III edition of the Rafa Cabrera Bello Youth Circuit closes this Sunday, December 19 with the dispute of the grand final in the Royal Golf Club of Las Palmas, an appointment that will decide a contest that started last March and in which 5 tests have been contested, whose results, added to those of the final, in which additional points are distributed, will decide the boy and the girl who win the This third edition, which for the first time has made the leap to other islands, taking place tests in La Gomera, Tenerife and Gran Canaria.

Own Rafa Cabrera Bello He will be one of the luxury spectators of this last test, in which he will have a talk with the 80 registered, will accompany them along the route and will delight them with a final exhibition before the awards ceremony. In addition, this year, the closure of this important circuit coincides with the week in which the dean of Spanish golf club celebrated its 130th anniversary events.

After the 5 tests held at the Real Club de Golf de Las Palmas, venue for the opening and closing of the circuit, and at the courses of Tecina Golf (La Gomera), Maspalomas Golf, Meloneras Golf and Amarilla Golf (Tenerife), they are Ismael Garcia and Keira Gonzalez Those who, with 150 and 185 points respectively, lead a classification that will be decided in the fantastic Bandama field, which will present a spectacular appearance for the occasion. 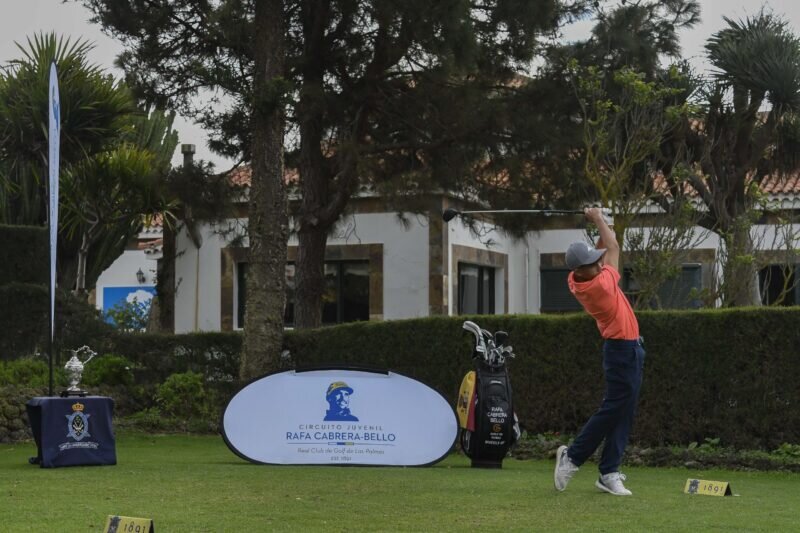 As throughout the whole Rafa Cabrera Bello Youth CircuitThis Sunday, 4 categories will be played, Sub-21, Infantile, Alevín, under the Medal Play modality, and Benjamin, the latter disputes only 9 individual Stableford holes, establishing a Scratch classification and male and female Handicap of the tournament.

The winning boy and girl of the joint Absolute Scratch classification of the Under-21, Infantile and Alevín categories will come out of the sum of the 4 best scores obtained throughout the 6 tests of the Circuit. For them it will be the fantastic prize of seeing Rafa Cabrera play at the Dubai Dessert Classic, at the end of next January.

The Rafa Cabrera Bello Cup will remain at the Real Club de Golf de Las Palmas, and in it will be inscribed the name of the Scratch winners of this edition of the circuit in which José Sintes (2019), Ismael García (2020) and Keira already appear González twice (2019 and 2020).

9:00 a.m. Speech by Rafa Cabrera-Bello to all participants

16:15 h. Rafa Cabrera- Bello exhibition in the vicinity of Green 18