The reason Lewis Hamilton doesn’t drive on the street 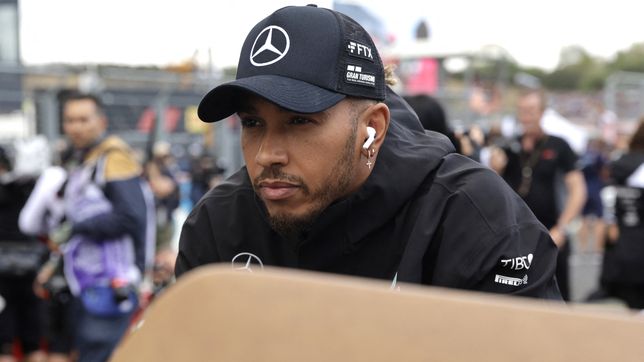 Lewis Hamilton shares with Michael Schumacher the honor of being the driver who has won the most Formula 1 world championship titles in all of history. Seven wounded adorn the windows of the Briton, who also has more than 300 grand prizes played, 103 victories, the same pole positions and kilometers and kilometers accumulated in the best circuits around the planet. However, such a record does not prevent Lewis from feeling comfortable when he drives off the track and he has offered the reasons in an intimate interview for Vanity Fair.

The 37-year-old athlete has a compelling reason for not driving on public roads: “I just think I find it stressful. I try not to do things that don’t add to my life,” he explains. However, the pilot made this confession while driving through Nice, “painfully sensible and careful”, not accelerating and even stopping frequently to let other drivers pass with less patience. This was revealed by his interviewer, who enjoyed a ride in a Smart as a co-driver completely removed from the supercars that Hamilton could boast of.

“This is now stressful for me. This trail is crazy. So many things going on here. I’m going to turn around in a second”, he continued, giving a good account of the burden he feels behind the wheel away from the circuits. “People say: Dude! You drive at more than 300 kilometers per hour!’ And in terms of the fear factor that’s easy for me. I guess we’re all wired differently.”

The British driver does not feel comfortable with so many vehicles, pedestrians, traffic lights and signs, but from time to time he has no choice but to get around by car. In recent years, Lewis has become more aware of caring for the environment and that is why he only drives his Mercedes EQC, an electric SUV whose price is around 100,000 euros. His Ferraris, his Pagani Zonda, his Shelby Cobra and his McLaren P1 rest in the garage, now a kind of museum with an enviable collection that he doesn’t usually take out for a walk.

The other fear of Lewis Hamilton

In the same interview, the seven-time world champion revealed his other big fear: spiders. In fact, he claims that when he travels to Australia he requests his room as loudly as possible and quickly checks the bathroom to make sure he doesn’t have company in the room. “It’s pathetic, but I do it,” he assured. He attributes this fear to his sister making him watch the movie ‘Arachnophobia’ when he was just a kid.

Another reason to love F1? His incredible concerts
Formula One Rivalries: Niki Lauda vs. James hunt
Belgian GP F1 2022: Checo Prez went to the simulator after the Belgian race to understand the difference with Verstappen
FORMULA 1 2417

Loading...
Newer Post
UFC 2021 Mexico: How much money does Brandon Moreno earn fighting in the UFC?
Older Post
When does Spanish football start and what games will be played on the first date?