The rebellion of the Wizards can also with Luka Doncic 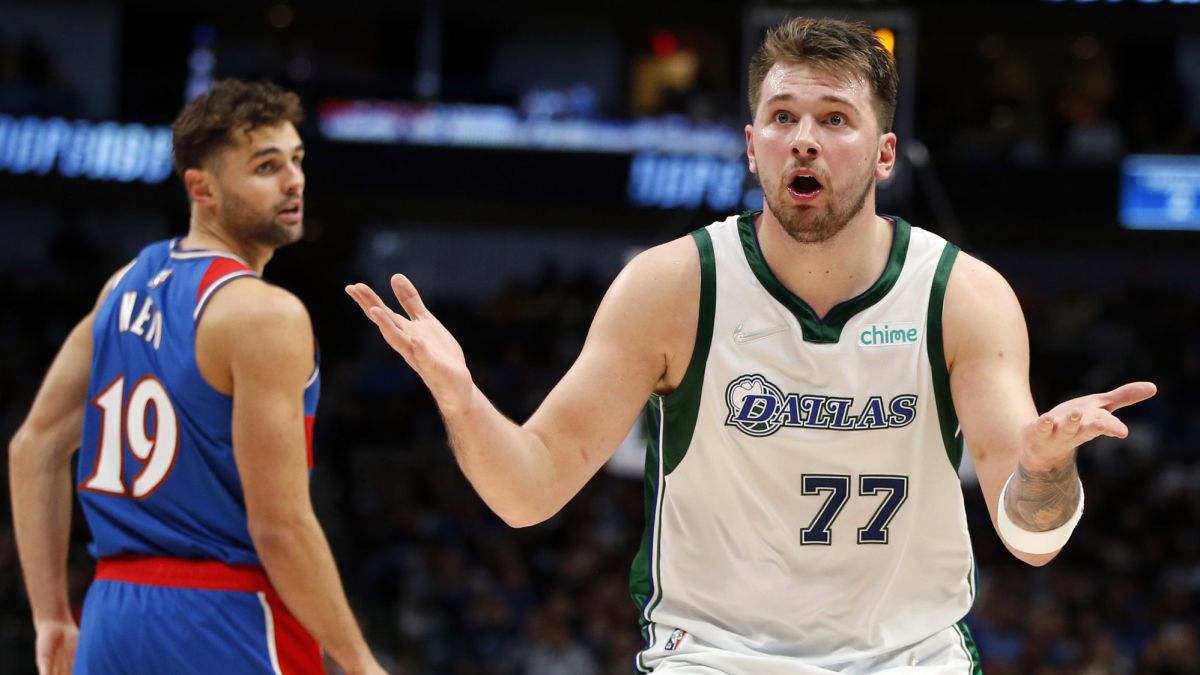 It's time to talk about the Wizards. Long and hard. It is not for less once the first quarter of this new season has been covered, marked by a m

It’s time to talk about the Wizards. Long and hard. It is not for less once the first quarter of this new season has been covered, marked by a manifest irregularity and an innate capacity for nobody to stand out especially. But, among all this, Wizards emerge who are showing an illogically good version, extraordinary in sports and as unexpected as it is deserved. Something that has deservedly made them the sensation of the season: 5-1 from the start, 10-3 with 13 games played and 13-7 now after falling prey to some ups and downs and difficulties. But also, of course, a new victory, this time against Luka Doncic’s Mavericks, that allows them to be placed in the third position of the Eastern Conference (after Nets and Heat, and with the same record as the latter) and adding games in a season in which a bad start can penalize almost any team much more than in the past.

The surprise is capital in every way. The departure of Russell Westbrook and the future of the franchise in recent years marked by injuries and the goodbye of John Wall and the loose structure of the entity, heralded a new reconstruction. Outside of the prodigal son (Wall) and the ambivalent Westbrook and his many millions, the Wizards took some good loot from the Lakers, where they sent the king of the triple-double, and signed a new coach with a lot of name, relegating so from the charge to a Scott Brooks that has not been the problem but not the solution. Wes Unseld Jr. arrived in the capital of the United States with the added pressure of the bad roles of many coaches in his debut., a classic in recent years. But the start is being fantastic for the Wizards, who want to return to a playoffs that last year they trod in a miraculous way (play-in through) and create from below a culture with which to ingratiate themselves with the public and have the approval of the NBA.

For now, the Wizards are cool and are causing a certain attraction in public opinion, that place in which the battles that decide wars are won and lost. And Bradley Beal is the captain general of that project. who wants to emerge and take root with his benchmark from the most recent past, a guard who in the last two seasons has exceeded 30 points per game. Against the Mavericks, the star went to 26, consistent with a more restrained start to the season than in previous seasons. In a game that was seized by madness, marked by a manifest equality but that the Wizards They got carried away after seeing 21 changes in the lead on the scoreboard and 12 draws. Two teams with defensive deficiencies (36-41 at the end of the first quarter, a lot of points) and very focused on failing as little as possible to reach the end of the match alive.

With less than 4 minutes to go, Doncic put his team within a single point (107-108). From there, madness: Neto’s free throw, Doncic’s draw (109-109), Kyle Kuzma’s triple, Doncic’s failure (109-112), Gafford’s basket, Hardaway’s triple (112-114), Caldwell-Pope’s play and Doncic’s good response (114-116), free throws without Caldwell-Pope’s failure … and Doncic’s failure. And, without time for more, two free throws by Kuzma and a bitter goodbye for the locals, who sink slightly after adding their fourth defeat in the last five games, but remain fifth in the Western Conference thanks to the general demerit and with a not particularly good record: 10-8. It’s something, but they will have to improve a lot if they do not want the project to stagnate with Jason Kidd, to fall back in the first round and suffer the consequences of all this. Doncic’s anger included? Everything is possible. We already know how the NBA works now.

The Slovenian, by the way, went to 33 points, 4 rebounds and 10 assists, but the Mavs game was once again monopolized by his star in the last minutes, thus becoming predictable and to a certain extent monotonous. In addition to Doncic, Burke, Kleber, Hardaway and Porzingis passed the ten points, although the latter had a rather poor performance (13 + 7, with 4 of 12 in field goals). For the Wizards, 26 points, 5 rebounds and 7 assists from Beal in an incredible shooting series (10 of 14). And 22 from Kuzma, 16 from Caldwell-Pope, 11 from Montrezl Harrell (I said, the good loot they took from the Lakers), 14 + 10 from Daniel Gafford and 13 points for Raul Neto. A bit of everything for a Wes Unsled who shares a name with his father, a legend, and who, with total discretion, is making the most of a team that seemed doomed to be, at least, in a place of the ranking much lower than it is. It is the revolution of the Wizards, who continue to collect corpses. The last of them, Luka Doncic. It is said soon.