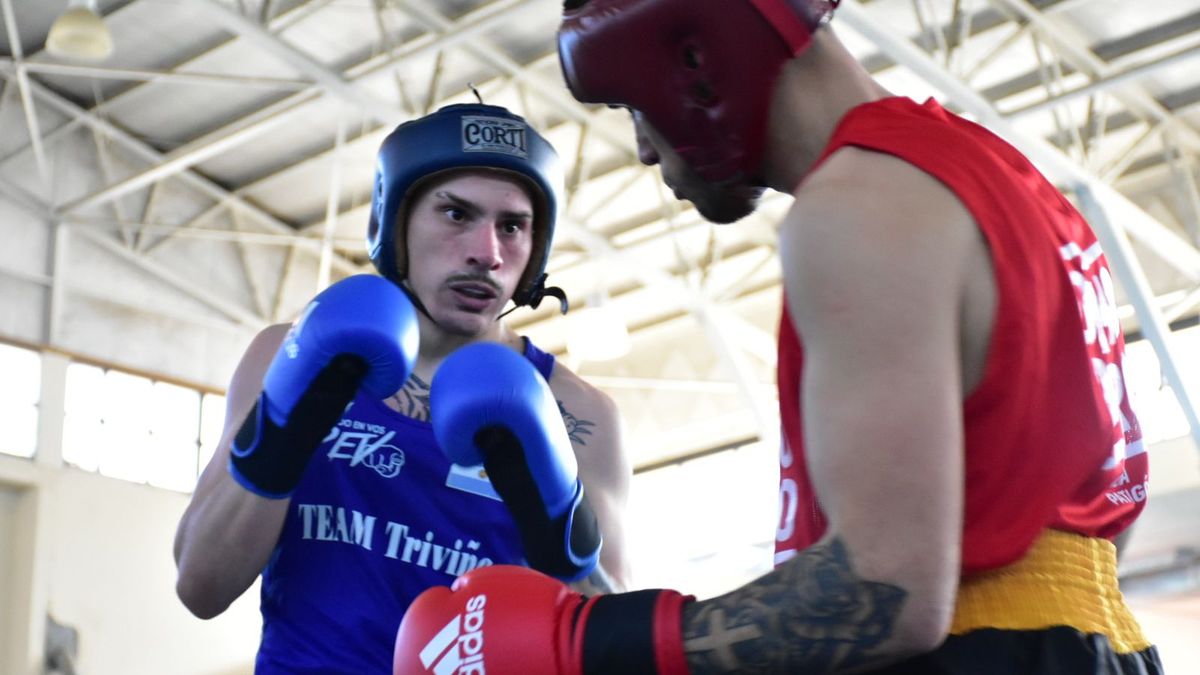 In the municipal gymnasium No. 3 on Friday, the Provincial tournament 2022 older men was played, while this Saturday the regional amateur boxing c

In the municipal gymnasium No. 3 on Friday, the Provincial tournament 2022 older men was played, while this Saturday the regional amateur boxing champions were defined in three divisions: Agustín Medina from Río Grande in 64kg., Alexis Martínez from Puerto Madryn in 69kg., and the local Yaciel Gener in heavy (over 91kg.). While Franco Balzaretti (Rawson) became provincial champion up to 75kg.

The festival was organized by the Chubutense Boxing Federation (affiliated to the FAB), with the collaboration of the Comodoro Boxing Club through the promoter Martín Décima, and was sponsored by the Commodore Sports Autarchic Entity and the General Directorate of Municipal Sports.

On Friday, the provincial instances were held where Miguel Señuque from Rawson, Alexis Martínez from Puerto Madryn and the local Yaciel Gener were crowned champions.

This Saturday Franco Balzaretti from Rawson had to confirm what was done on Friday, where he won by knock-out, but this time against Joel Díaz from Esquel. Balzaretti, in the category up to 75kg, won by unanimous decision points and thus was crowned provincial champion.

Meanwhile, the regional instances were also developed with the provincial champions disputing their passage to the national instance, which will be from September 19 to 25 in San Rafael, Mendoza.

Agustín Medina from Río Grande won a unanimous decision, defeating Señuque from Rawson, thus obtaining the regional title and the ticket to Mendoza in the category up to 64kg.

Martínez, from Madrid, won against Jeremías Caruso from Rio Grande do Sul in the division up to 69kg, while Yaciel Gener also unanimously won by points, defeating Brian Díaz from Pico Truncado to become regional champion in the heavyweight category (over 91kg). .).

“Very happy, with a lot of adrenaline. We had a fight yesterday, today too. Good, tough fights. I send my regards to the people of Rawson, of Comodoro, of Patagonia in general. Invite them to approach boxing or any sport. Totally grateful”, commented Franco Balzaretti, provincial champion up to 75kg.

“The experience was good, I felt pretty good. Yesterday there were two fights, I threw the first with everything, and the second also good, very hard. It’s not my weight, so they were very hard. I’m going to start going down in December, because I want to start my career as a professional”, assured Yaciel Gener, after the final match against Brian Díaz from Pico Truncado.

“I am enormously grateful for Commodore’s attention. We recently spoke with Hernán Martínez about the support they gave so that the Provincial Tournament could take place, after we had not obtained a place from the province. The number of people who joined, the technicians who joined efforts to reach Comodoro. It was gratifying to have participated, it was a festival where we saw great boxers, a great projection of the province. We hope that this will be a kick for more localities to commit themselves to summoning the Federation to work post-championships with greater organization and time, and especially with greater support so that the boys can fulfill their dreams and have representation at the national level” commented Martín Romero, representative of the Chubutense Boxing Federation.

Marco Barrera confessed that the World Boxing Council ‘blocked’ him for two years
Boxing: Crawford finishes off Porter in the 10th round and retains the wlterweight title
New steps of Cuban boxing
BOXING 4166