The Renault Llucmajor enjoys the most supportive blows 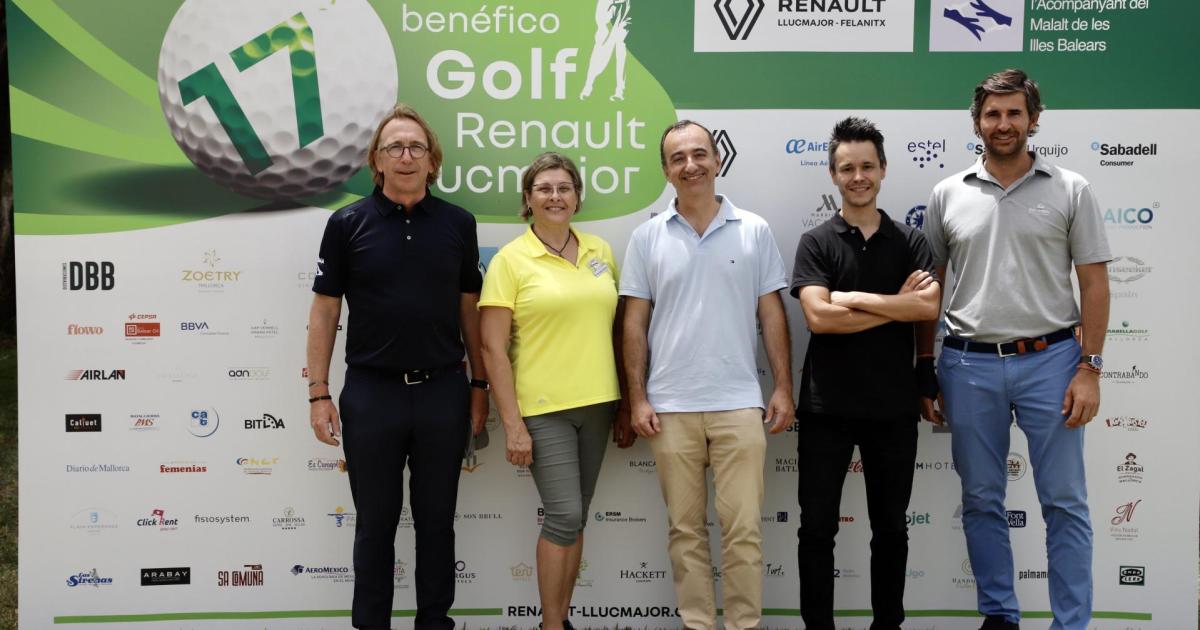 The XVII Renault Llucmajor Charity Golf Tournament A benefit for ADAA (l’Associació D’Ajuda Al Acompanyant del Malalt de les Illes Balears) was held yesterday at Golf Son Antem in a seventeenth edition that brought together more than 300 attendees including players, guests and various authorities. With the help of more than 80 collaborating companies and the collection obtained from the raffle and the great solidarity scratch card, it is estimated that the collection obtained the previous year will be exceeded.

With the collection this year and together with the previous editions, the historical collection of €500,000 since the creation of this tournament will be far exceeded, a great pride for Renault Llucmajor to have reached such a figure for ADAA, the Llucmajor association with which it has been collaborating since the first edition. All these funds are dedicated to fulfilling ADAA’s own work, which is about helping the patients of the association who have to move from the Balearic Islands to Barcelona because of their illness and to be able to facilitate their stay and medical progress through their means.

The celebration of the charity tournament began last Friday, July 1, with a pro-am in which 100 players from the collaborating companies participated, where they could enjoy a day of golf shared with professionals, the winner being the team led by Pep Juaneda, who picked up the trophy in the incomparable setting of the Zoetry hotel.

Yesterday, Saturday, the tournament in pairs was held on the route of Son Antem West, which housed more than 200 players and presented excellent maintenance conditions. The scratch winning couple was formed by Antonio Pérez and Gerardo March, with 38 points, while the handicap winning couple was formed by Pedro Mas and Magdalena Mas with 44 points. The special prizes went to Francis Roman and Gisela Strickrodt in Closest Ball, while the Longest Drive went to Mariano Marqués and Paquita Maldonado. The official delivery of these awards will take place tomorrow, Monday at 6:00 p.m. at the Renault Llucmajor facilities.

Loading...
Newer Post
chilling mass accident that worried everyone about the health of Chinese pilot Guanyu Zhou
Older Post
Versus / The terrifying accident that occurred at the British Formula 1 Grand Prix