“The response of the stewards is not up to MotoGP” 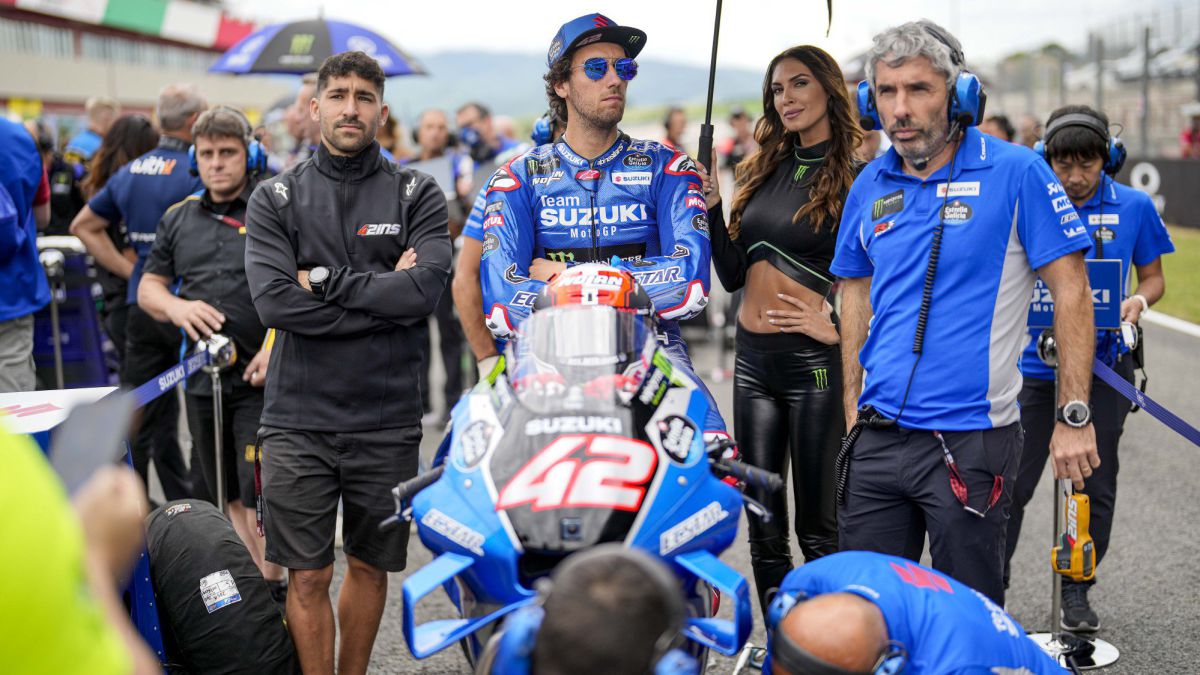 Alex Rins arrive at Catalan GP with several open fronts, that of his future and that of his anger with the panel of stewards led by Freddie Spence

Alex Rins arrive at Catalan GP with several open fronts, that of his future and that of his anger with the panel of stewards led by Freddie Spencer, for his way of dealing with his fall with Takaaki Nakagami at Mugello. Suzuki’s told as far as he could and it was very interesting to listen to him.

-With which bike do you think you could get your greatest potential, with Aprilia, Yamaha or which one?

-Seeing it from the outside, because I can’t see it from the inside, I’m not in that situation, honestly, it would be difficult for me to give an answer to this question. It is a difficult decision and I say this because both Aprilia and Ducati, Yamaha, or KTM, perhaps KTM is not showing it now, but the rest of the brands are showing that they can go very fast and are winning races, the level that there is now in MotoGP. It is very high. What colors would I like to see myself next year? I don’t know, I don’t know, and honestly there are times when you think, but I prefer not to think too much because it distracts you quickly.

-What do you like the most about each one?

-What I like the most about Aprilia is the leap forward they have made. They have been working with Aleix for many years and the truth is that he is very similar to Ducati in the way of working, of bringing things to test, new parts, many tests and a lot of involvement, just like Ducati. Yamaha is a bike that has a lot of reaction, perhaps this year they are sinning a little bit from lack of engine and Fabio is seen struggling, working and the bike is not bad at all.

-To what extent are you sure that next year you will be on the MotoGP starting grid?

– Sure in this life there is nothing. I see myself, we have the level and we have the potential and if it’s not in a brand or in a team that I would like it will be in another, but in the end all this has caught many teams by surprise and perhaps that is the reason why it’s taking a little longer. In the end, to give an example and what is most talked about, look at Honda, I don’t know if Alberto Puig or Takeo’s plans included taking or being interested in Mir. I think this has taken everyone a bit by surprise and I’m honest, but he has spoken and a closed contract is on the table, I think no one has had it.

– What complaints are you going to raise tomorrow in the Security Commission?

-I would like to talk a little about the stewards, I don’t understand very well the answer they gave me, I sincerely believe that it is not up to MotoGP. I have spoken with other riders and the answers they have been giving to other riders are not answers from a MotoGP championship either. I can understand that there are different points of view about the action that happened in Mugello with Nakagami and me, but the answer did not seem very professional to me. They were based on who was in front of a quickly analyzed video. My point of view is the following: if you make a chicane, change direction and put the bike to another rider, you’re on the right line and that’s how at least, with the people I’ve shared a while from Mugello to today, it is also how they see it. I don’t know, being guided by that doesn’t make much sense.

-Do they see it as in the street traffic, that the one in front is right?

-Similar. The one behind pays. He who strikes pays.