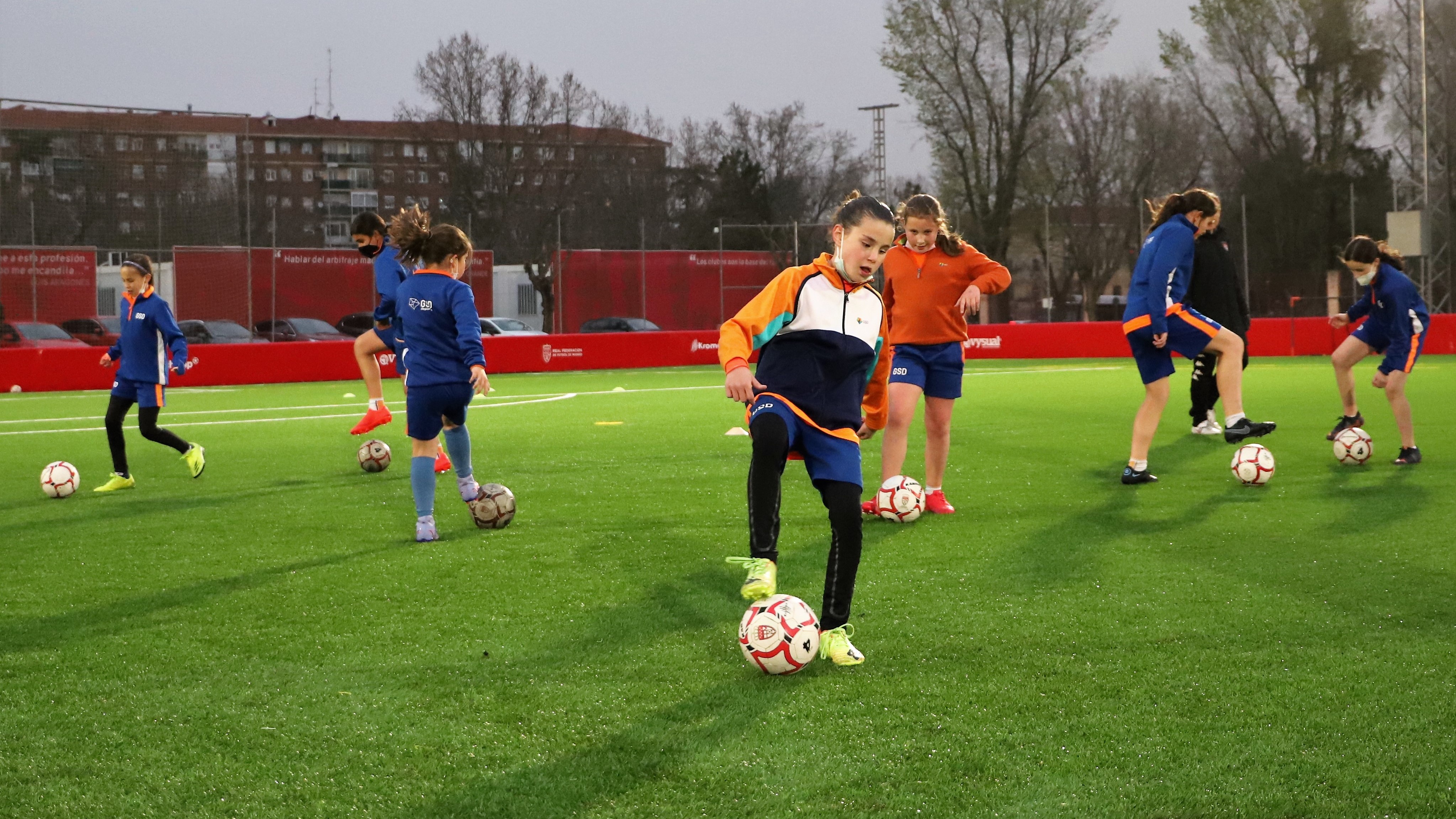 The structural pyramid in women’s football continues to grow in the Royal Madrid Football Federation. The Women’s Football Committee, created this past March with Ana Rodriguez Quirós at the helm as president, has detected in recent work meetings and workshops with the clubs the need to establish the base in the youngest category. Already in the 2018-2019 season, a step forward was taken with the creation of the Women’s Alevín 7-a-side category and now it is the turn for girls born in 2013 and 2014 to be able to play in federated competition in exclusively female teams and leagues in the 2022-2023 season.

The Madrid clubs, therefore, already have the possibility of including their youngest-age soccer girls in the mixed category or in the female category depending on the possibilities of recruiting players that they make before the start of the season.

To give a clear example of the force with which women’s youth football bursts into federated football in the Community of Madrid, all you have to do is give the statistical data and see how in the 2018-2019 season, the Alevín Femenina de Fútbol category 7 was born with two groups and 16 teams that played leagues in venues. And four seasons later, and despite the pandemic, the competition has grown steadily. Thus, in the recently completed season, 2021-2022, a higher division has been created, the Preferred, with a group of 14 teams, while another 49 exclusively female squads have played in four groups by venues for the First Women’s Alevín de Fútbol 7 All a success that the Committee trusts will be repeated with the youngest women’s football.

Gonzalo Higuan already has a date for his retirement from football: his father revealed it
Who is Rayane Bounida, the young Belgian soccer star that everyone confused with Mateo Messi
Mexican national team: the most vibrant duels of the Tri against Argentina
FOOTBALL 3251