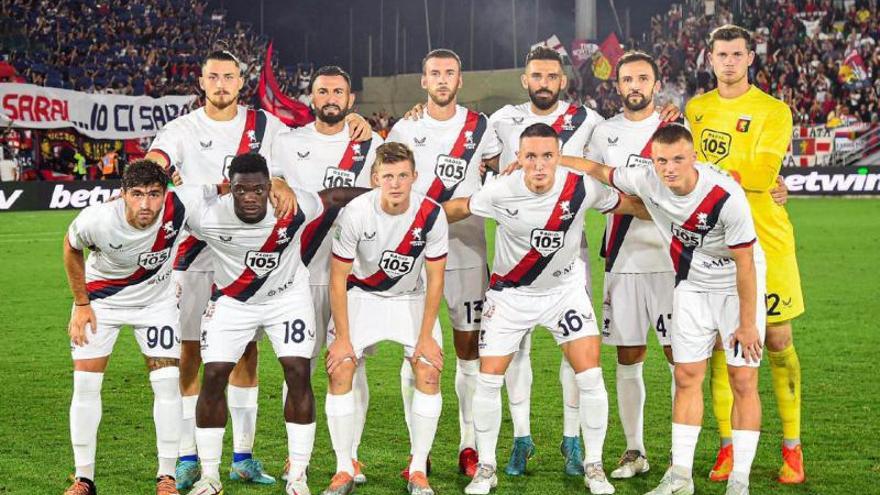 If a Ribera football fan wanted to be aware of the progression of the best players born in the region, they would have to make a

If a Ribera football fan wanted to be aware of the progression of the best players born in the region, they would have to make a titanic effort. The transfer market has provided varied directions throughout the European continent.

Joel Rodríguez, during a training of the Finnish FC Inter Turku. | LIFT-EMV

There are those who will not move from where they were. Almussafense Abel Ruiz faces what will be his third consecutive full season at SC Braga, to which he arrived in January 2020 from the FC Barcelona subsidiary on loan with a purchase option. Although there was speculation that he would return to Valencia, the Ribereño has started the campaign with the Portuguese club and has scored a goal in the two games he has played.

This weekend the league kicks off in Greece, where José Luis Valiente, from Alzi, found accommodation four summers ago, when he closed his time at Lleida to sign for Asteras Tripoli. If he does not find any obstacles in his way, during this year he will exceed one hundred games in the Hellenic domestic competition. Curiously, the coastal midfielder shares dressing rooms with a dozen Spanish soccer players.

Nor does it seem likely that Juan Bernat will change colors. The left-back from Cullera left Bayern Munich four years ago to join the ranks of PSG, where he has enjoyed minutes with some regularity. Despite suffering a complicated injury, he has already exceeded 90 games with the Parisian club’s jacket. A riparian who defends the same colors as Leo Messi, Kylian Mbappé, Neymar, Sergio Ramos, Marcos Verrati or Gianluigi Donnarumma.

Raúl Albentosa also continues in northern Europe, who this summer renewed for the Danish Vejle. His seniority in his defense has become a key element for his team, who aspire to ascend to the highest category again. The first five games have provided Vejle with plenty of victories while only conceding one goal. The Alzireño has not only closed his area with a padlock, but also contributes at an offensive level in set pieces and already knows what it is to score this season.

From London to Monza

From Algemesi to Finland. Joel Rodríguez has joined FC Inter Turku this summer, a young Finnish club (just over three decades old) that has settled in the first division. The riverside attacker needed a change of scenery. Five years ago, he was one of Levante’s great promises. In the 2016 Cotif he was the top scorer ahead of Lautaro Martínez. However, he did not explode as the Argentine striker did. At the age of 24, Osasuna still kept him in his subsidiary and he went free in July to Nordic lands.

Almussafense Pablo Marí will continue in Italy, although he will defend other colors. The final stretch of last season he played on loan at Udinese. This summer, he has joined newly promoted Monza. The Fininvest-owned club (which belongs to Silvio Berlusconi) debuts this year in Serie A. In the event that it remains in the category, a mandatory purchase clause would be executed that would release the Arsenal center-back for five million euros.

One step below, in Series B, is the goalkeeper from Alzire, Josep Martínez, on loan from RB Leipzig at Genoa. The German team signed him two summers ago and has barely given him minutes. In his league debut last weekend, Martínez conceded a goal, but his team beat Venezia 1-2. Six days earlier, he had also helped the Genoese team dispose of Benevento in the Italian Cup.