The road to the million dollar fight cost Amanda Serrano many brawls for $3,000 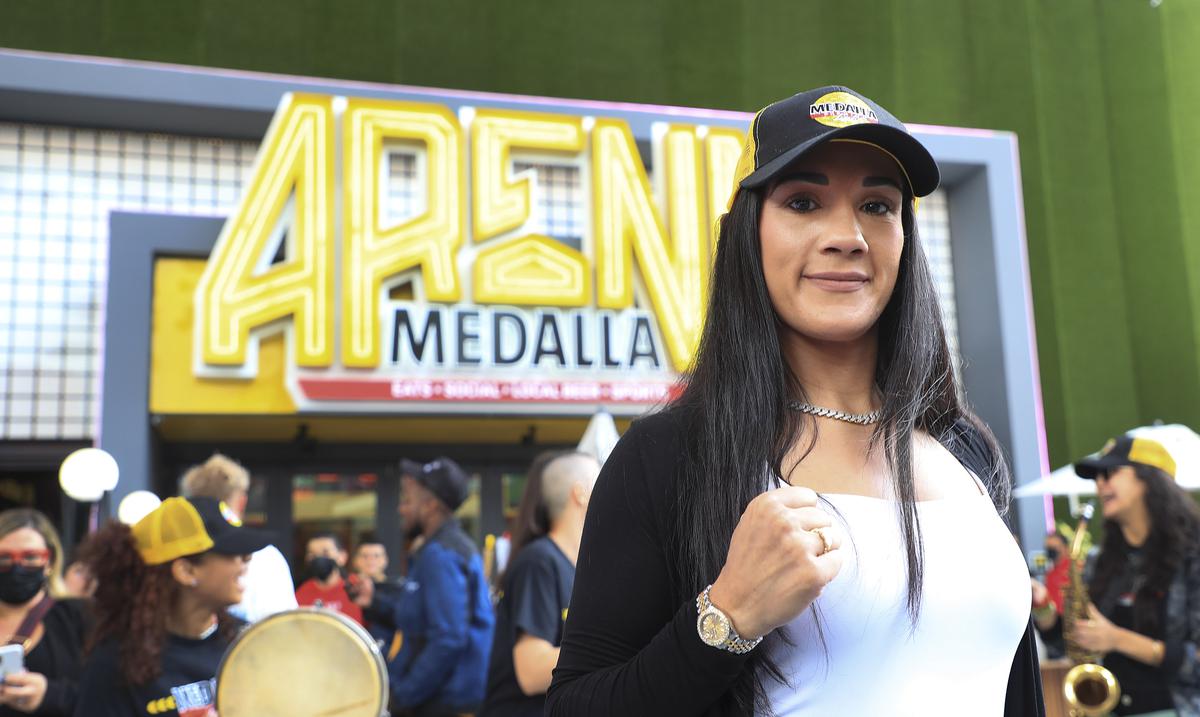 When you reach the top, it's always satisfying to look down and analyze all the tests and sacrifices to get to the top. Sometimes it is extremely

When you reach the top, it’s always satisfying to look down and analyze all the tests and sacrifices to get to the top. Sometimes it is extremely satisfying to do so, as in the case of Amanda Serrano.

When she moved to New York early in her life, Amanda Serrano became more interested in swimming than boxing. In fact, boxing did not interest him at all.

It wasn’t until her older sister, Cindy, started training and boxing at her husband, Jordan Maldonado’s gym, that Amanda began to show interest, until she had her first job at that gym.

Thus began a story that has led Serrano to establish a Guinness record and to be the only Puerto Rican boxer, male or female, with championships in more than four weight divisions. Miguel Cotto, the man who won the most divisions for Puerto Rico, was crowned in four. Amanda has been champion in seven divisions.

Maldonado, who many years ago agreed to help his sister-in-law almost against her will, says today that the thorny road was worth it.

“At first I didn’t want to because there was no money (in women’s boxing) and there were no opportunities. There was nothing to get into boxing,” said Maldonado, who trains and manages Amanda. “Cindy got into the gym trying to lose weight because we had a daughter, and she went through the motions. Cindy came out good and won quite a few fights. And Amanda, being her little sister, was watching all of that and fell in love with boxing.”

Thus, at the age of 17, the youngest of the sisters began to train and even saw an attempt to dissuade her sister, but Amanda showed that she could defend herself, so she began an amateur career that saw her win Golden Gloves and amass a record of 9-1 before jumping to the professional level.

He debuted in 2009 winning his first four fights. In 2011 he won the North American Boxing Federation featherweight title. In September of that year he reclaimed the IBF super featherweight belt and continued on. There were multiple fights in the Dominican Republic, he went to Sweden, Argentina, Puerto Rico, and all the states surrounding New York looking to further his career.

The greatest achievement of Amanda’s career on a path filled with few opportunities, disparagement, rock-bottom purses and little competition came that night at MSG, where she earned a $1 million guaranteed purse, which has been compounded by other income.

“I tell you from the bottom of my heart that we never thought we would be on that stage (MSG). We never thought about making a million dollars. It was as if someone told us that in two years everyone will grow wings and we will fly. In our minds it was not something we thought about, it was not talked about,” Maldonado recalled with a smile.

That honor! I am very grateful and happy with this event and Tribute. Thanks to the whole team. I feel at home, nobody does it like @medallaofficial 🙏❤️🥰 https://t.co/6QjRY7psM0

But for Maldonado, although the money is good and could improve in future appointments, the most important thing is that, in his opinion, “people said that they did not know if women were worth that money. Now they saw that women are worth them. About 1.5 million people on DAZN watched it, which means that 1.5 million wanted to watch women’s boxing. And they came to see it and were delighted. Now people know that if you put two of the best women, that they give everything, the fan is going to see her because he is a fan of boxing, not of the genre. We are fans of the sport of boxing. Gender doesn’t matter.”

Maldonado firmly stated that the long road “was worth it. God is not wrong and will give you what you deserve.

He confessed that he cried more from emotion on Friday at the reception given to Amanda on the Island than from the decision in the Garden, because “from the heart we do not feel that we lost.”

Puerto Rican champion Amanda Serrano, center, looked and felt very comfortable taking photos and sharing with the Puerto Ricans who went to receive her on Friday at Arena Medalla, after her historic clash at Madison Square Garden in New York against Katie Taylor. (VANESSA SERRA DIAZ)

“In my heart I had the fight 96-94, and that’s how many saw it. One of the judges saw it that way. Amanda didn’t feel like she let her Island down and her fan base because she gave it her all. That was a split decision viewed by the judges. It wasn’t that she took off or got tired, ”she indicated.

“Our people are happy, which is the most important thing: that your people believe in you. This reception was like Amanda won,” she commented. “And if she had won, the support would have been the same, because people are aware that they saw Amanda win.”

“Another thing that Amanda did that she surpassed even a win, was what she said at the end,” Maldonado said.

“With everything and knowing that they did not give her the fight, she expressed herself beyond the personal. I was happy for the doors that were opened, the barriers that were broken down for my daughter, for yours, for my granddaughter or for any girl, so that in the future they can do whatever they want in boxing or in sports without having to go through the suffering that Cindy and Amanda went through, that they went through very difficult times. And now things are getting better for women,” Maldonado concluded.