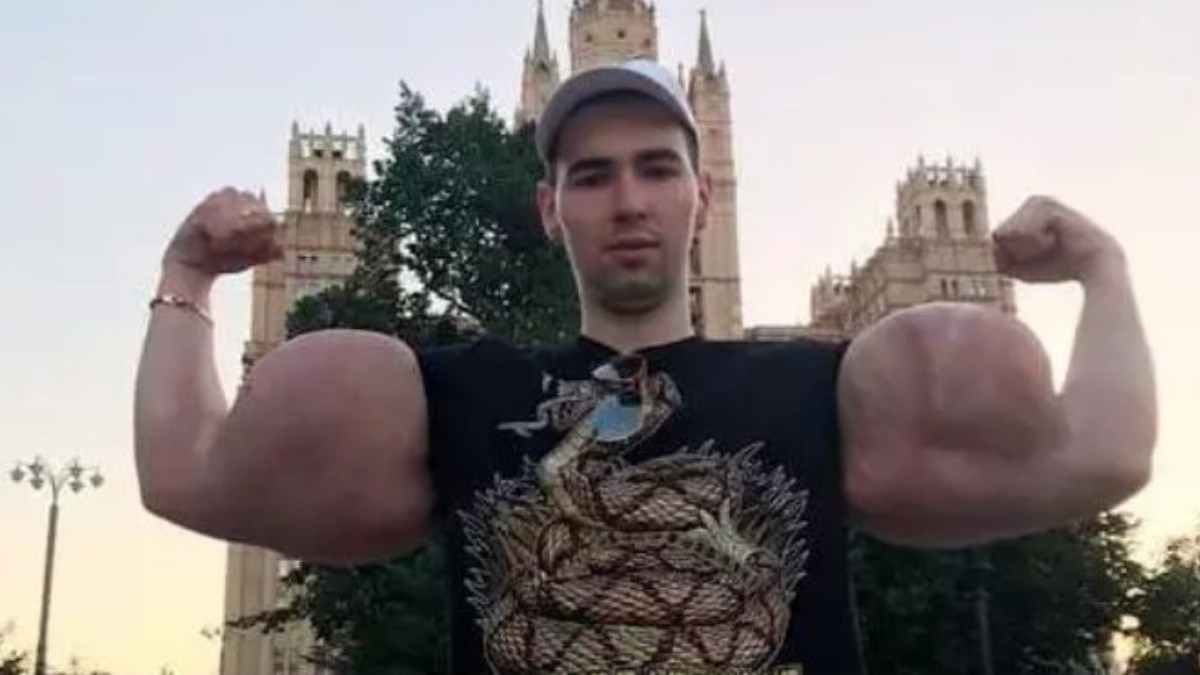 The "Russian Popeye" suffered an apparently very painful accident in one of his arms September 10, 2021 · 09:58 am RUSSIA.- The call "Rus

The &#8220;Russian Popeye&#8221; suffered an apparently very painful accident in one of his arms

RUSSIA.- The call “Russian Popeye” suffered a painful injury to one of his arms, which &#8220;exploded&#8221; when fighting within the modality of the Mixed martial arts.

The Russian Popeye suffered an accident in his arm | Twitter

Kirill Tereshin He rose to fame a few years ago and not necessarily because he was one of the best in this sport, but because of the exaggeration that, for many, there was in his muscles.

He named by many as Russian Popeye because of the similarity of his physique with him cartoon character required an intervention of an oil called Synthol to be able to acquire that volume.

THE VIDEO THAT SHOWS IT

During the day yesterday, on social networks and internet sites the video went viral in which Kirill is seen in a fighting session against his rival, and suddenly you can see how he receives a strong blow to the arm.

The video is cut and immediately a close-up of his arm appears, which is dispensing a liquid, and the Russian Popeye himself is heard saying that &#8220;it&#8217;s all over.&#8221;

In 2019 and after becoming famous for several viral videos, the Russian had to undergo surgery to remove the Synthol from the pectorals, because he ran the risk of losing his life.