The Schumachers return to score 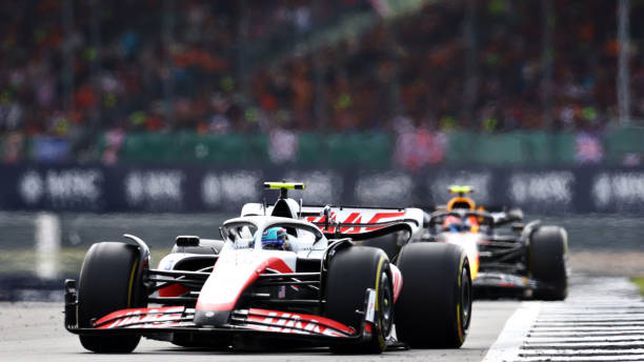 Mick Schumacher opened his Formula 1 points scoreboard on the circuit at the British GP. Mick scored four points with a notable Haas at Silvestone

Mick Schumacher opened his Formula 1 points scoreboard on the circuit at the British GP. Mick scored four points with a notable Haas at Silvestone. He even battled Max Verstappen in his bruised Red Bull for seventh place, although he was unable to overtake the world champion and finished eighth. Interestingly, he fought with the son of one of his father’s Formula 1 teammates, Jos Verstappen, at Benetton, which deprived him of a better position at Silvestone.

Schumacher on Sunday became the 347th driver in history to score points after 31 races at the Grand Circus. For the German, the four points in the British race are a respite after a bad start with two serious accidents in Saudi Arabia and Monaco that have limited Haas’ already poor budget. This was the push that the young German needed, who saw how his sister Gina congratulated him after this feat. “Hey, Mick, super, super, super, super,” exclaimed the Kaiser’s daughter.

Schumacher celebrated his first points remembering his father while talking to Gunther Steiner on the return lap to the pit lane. The young man said the phrase: “Prove them wrong and believe in yourself, that’s what I told dad.” And it is that a decade had passed since the surname Schumacher did not appear again in the first positions. His father finished seventh at the 2012 Brazilian GP, ​​the last points of his career.

His father, Michael Schumacher, only took two races to add his first points. Schumi scored two points at the 1991 Italian Grand Prix after replacing Roberto Moreno following Flavio Briatore’s call to join Benetton, who was fascinated by his seventh-place finish in qualifying on his debut at Spa in 1991. Michael he qualified at Monza seventh and finished fifth, taking two points with Benetton.

His uncle, Ralf Schmacher, also got the first points very quickly. Ralf finished third in the 1997 Argentine GP where he scored four points in his third Formula 1 race with the Jordan Peugeot.

Genetics has maybe put Mick down a bit because his background is so hard to beat. This has been the first step to gain a foothold in Formula 1 and lose the pressure that may have limited his performance and that has even made him doubt his seat. The first points are already here.

Austrian GP 2022: This is how we experienced the Formula 1 Austrian Grand Prix Sprint race
Verstappen remembers “Sainz’s starts at Toro Rosso…”
The Circuit hangs the ‘sold out’ sign
FORMULA 1 1968