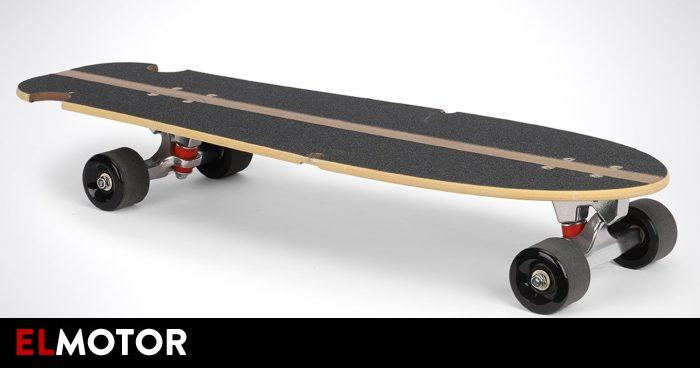 Despite the exciting season finale that has been experienced with the final triumph of Max Verstappen, fans still remember the historic dou

Despite the exciting season finale that has been experienced with the final triumph of Max Verstappen, fans still remember the historic double that Lewis Hamilton and Nico Rosberg achieved in 2015 aboard the Mercedes W06 Hybrid and in which, after an infernal race pace, they achieved the record of turn on the run to no less than 12 participants.

To any follower of the Formula 1 he would like to see that car up close. And let’s not say owning any of his pieces, the protagonists of a memorable season. Well, now it is possible because the F1 Authentics website has released a limited series of 100 skateboards manufactured with the lower sliding plates at the price of 716.95 euros.

F1 cars use these plates, also called skates, to protect the delicate flat aerodynamic bottom from friction. against the asphalt of the track. They are pieces made with superimposed sheets of Jabroc wood and resin, whose use became mandatory from 1994, as a result of the tragic accident of Ayrton senna.

To the temptation of its followers, Mercedes has recovered the sophisticated material to build this Hundreds of exclusive and numbered skateboards. An identification stamp engraved on the bottom certifies that they are the authentic boards used in the race by the Mercedes of the official AMG Petronas team, and also reflects the number of races in which they were used by both Hamilton and Rosberg.

The Mercedes skateboard is not just a collector’s item. The brand ensures that it can be used by skaters from up to 100 kilos of weight. Of course, they serve only to move, since they have not been approved to perform acrobatic jumps nor for professional use.