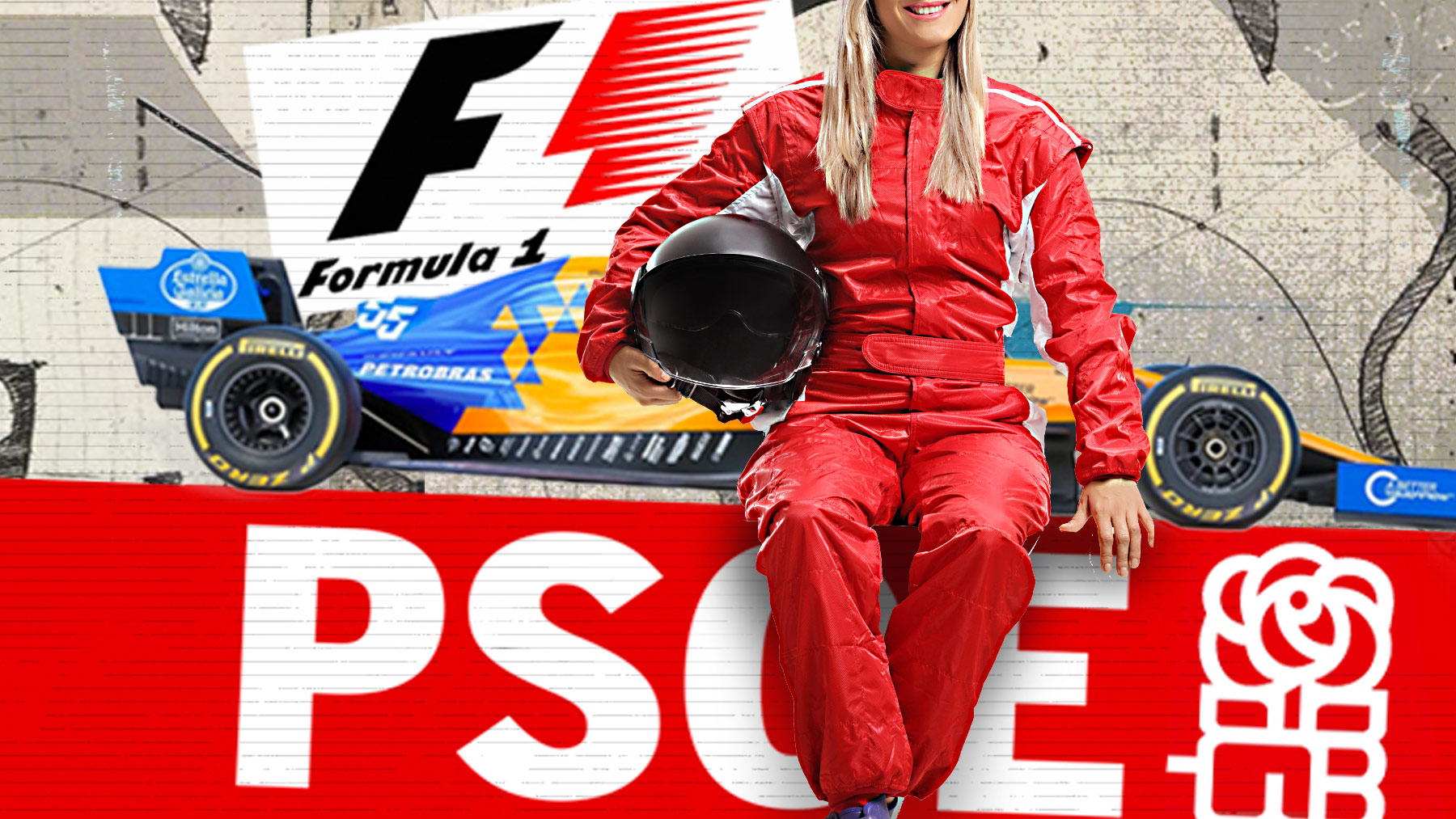 Pedro Sánchez's party has a new fixation: the Formula 1; he wants it feminine and is looking for one pilot. Just when Carlos Sainz once again pr

Pedro Sánchez’s party has a new fixation: the Formula 1; he wants it feminine and is looking for one pilot. Just when Carlos Sainz once again promotes the monitoring of this competition in Spain, the PSOE wants the promotion of female pilots in Formula 1 to be subsidized so that the competition be egalitarian and possibly resilient and sustainable.

The PSOE is not content with Spaniards -men or women- carrying the Spanish flag as high as possible in major international competitions. He wants them to do it equally: a man, a woman. Or, if possible, more women than men. and is willing to use public money to promote the arrival of a female driver in Formula 1. Or, who knows, maybe a pilot.

Sánchez’s party has just registered a document in Congress for his own government to start a campaign “recognition of the work of women in the world of motorsports, especially in the world of F1, where there are greater difficulties of access to pilotage. And to avoid these “difficulties” she wants public money to be used for “sponsorship of the pilots” and “to facilitate equal access and non-discrimination to mixed competitions.” That is, allocate subsidies so that a Carlos Sainz competes against the ‘pilota’ promoted by the social-communist government.

All this is argued by the PSOE stating that “The world of motor racing has been and it is a difficult terrain for women, since both teams and organizers have always made it difficult for them to be hired”. Despite this, “some of them have managed to take a step further and are already part of the history of motoring,” says the PSOE.

“Genevra Delphine Mudgel in 1899 put herself at the controls of her Lacomobile through the streets of New York and although she drove the fastest models of the moment, she never competed, so no notable achievements can be found of her”, highlights the PSOE in its document. And, all this, “despite the fact that she is recognized as the first female pilot in history.”

The PSOE also remembers “Maria Teresa de Filippis”, capable of running four races between 1958 and 1959 at the controls of a Masserati. De Filippis paved the way for drivers like Leila Lombardi, the first and only woman to score points in F1, between 1974 and 1976. The British Divina Galica, the South African Desiré Wilson and Giovanna Amati also came to F1 in the 1990s. Five other women have taken the controls as test pilots and development pilots: María de Villota, sadly deceased, Simona de Silvestre, Susie Wolff, Carmen Jordá and Tatiana Calderón”.

The Socialists continue to demonstrate that there have indeed been women in motorsports, citing the names of “Marta García, Belén García and Nerea Martí, three young drivers who will compete in the W Series, the fate of F3 only for women” and point out that “the first objective is to be known in this sport of motorsport where the percentage in competition is negligible. They want to be an example for other generations and earn the springboard to other competitions and to the lower echelons of F1.

And, for all these reasons, the Socialist Parliamentary Group urges its own Government that, “within the framework of a multilevel Governance, in which the autonomous communities and cities participate, campaigns are carried out to disseminate the motorsports events involving female driversboth testing and development, as well as in F3 races”.

The socialists also ask “to express recognition of the work of women in the world of motorsports, especially in the world of F1, where there are greater difficulties in accessing piloting” and, the main course, “promoting the sponsorship of the pilots and the support of the administrations to facilitate equal access and non-discrimination to mixed competitions”.