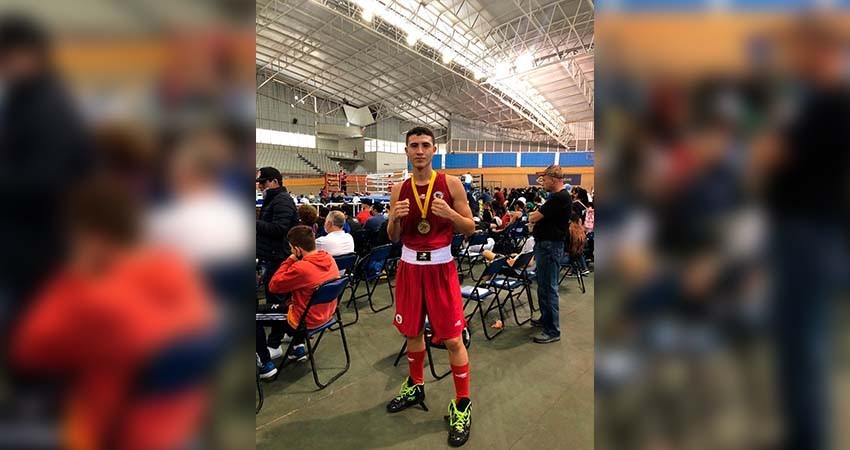 La Paz, Baja California Sur.- Emiliano Reducindo Aguayo, is two-time national champion by winning the 2021 edition of the Olympic Boxing Festival, which took place over the weekend in the State of Jalisco, establishing himself as the best in the country in his division, after a forceful performance, demonstrating the great competitive level through which it crosses.

Reducing Aguayo, he raised his arms this Sunday, after making his way before his opponents, until reaching the grand final of the 80-kilogram weight division, defeating Hidalgo’s representative, Jann Valentino, in the second round, after The referee stopped the fight before the power of the South Californian.

For his part, Diego Hagwood in the 75-kilogram division, Junior category, won the silver medal when he fell to the Poblano, Mauricio de Luna. While Luis Orlando Arroyo in the 60 kilograms, Elite category fell to Julio Gómez de Hidalgo and Manuel Aurelio Sandoval in the 67 kilos, elite category, he was defeated by Leonardo Chávez of San Luis Potosí.

Adriana Aurora Aguayo Álvarez, president of the State Boxing Association in Baja California Sur, pointed out that the Olympic festival means the return of actions for all young people in the country after the pandemic, leaving an outstanding result, having four representatives of the State in the finals.

He revealed that, as of November 8, work will begin with the State Pre-Selective in the facilities of the Nuevo Sol Gymnasium, with José Antonio Salas and Ramiro Reducindo Radilla being the ones who for the moment make up the coaching staff.

Oscar Valdez, the jewel of the ‘Canelo Team’ that was listed in the Olympic Games
How much money did the Mexican boxer earn in his first fight?
Celebrity boxing match ends in chaos as YouTube star Ryan Taylor HEADBUTTS rival ‘DK Money’ vs. Anthony Joshua
BOXING 2576

Loading...
Newer Post
Carlos Sainz and the “fear” factor in Formula 1
Older Post
The story of Miguel, Guillermo and Jaume or how to play soccer with a functional or physical diversity