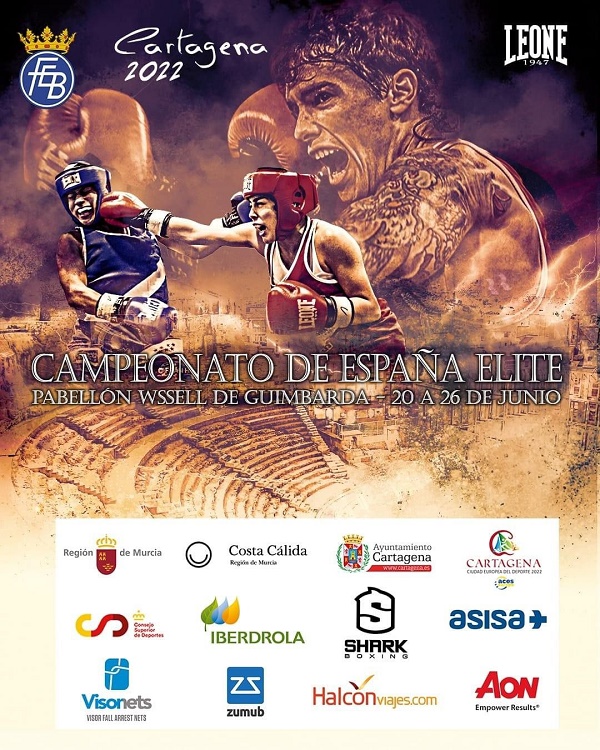 FEB The Municipal Sports Pavilion Wsell de Guimbarda in the town of Cartagena hosts, from Tuesday to Saturday, the 94th E

The Municipal Sports Pavilion Wsell de Guimbarda in the town of Cartagena hosts, from Tuesday to Saturday, the 94th Edition of the Spanish Elite Category Olympic Boxing Championships. An edition characterized by the very high participation (almost 180 athletes, a figure that includes 48 women) and from the seventeen Autonomous Communities.

Yes they will be from the game Gabriel EscobarOlympic in Tokyo, Paul Coy, Maria Gonzalezwho competed in the past World Championships held in Istanbul and Melissa Gonzalezwho played the qualifying tournament for the Games that took place in Paris.

Tuesday (preliminaries), Wednesday (quarterfinals) and Thursday (semifinals) two rings will be used, in sessions that will begin at 4:00 p.m. and will last approximately five hours. On Friday, starting at 6:00 p.m., the women’s finals will arrive, while the men’s will be elucidated on Saturday from the same time. It is expected that the finals of the two days will be broadcast on Rtve play, while the first three days can be followed through the YouTube channel of the Spanish Boxing Federation.

After the drawing draw, this Tuesday’s day will come with up to 43 fights (21 in ring 1 and 22 in ring 2), which will take place after the traditional opening ceremony. Among them, it is worth highlighting authentic main dishes such as the duel between Raul Escudero (Navarre) and Johan Alexander Gonzalez (Basque Country), in -57 kg, which will star Oier Ibarretxe (Basque Country) and Zine Eddine Chaoui (Catalonia), in the division of -63.50 or the debut in the Championships of important men as Sergio Martinez (Valencian Community), or the current champions Sebastian Pinoargote either Francisco Javier Mejias (Canarias), who is looking for a new belt in a second weight division.

Mike Tyson meets Muhammad Ali’s undefeated grandson, Nico, when the boxing legend invites him to meet his beloved pigeons.
Boxing: Pacquiao promises to recover the money looted by the Marcos if he is president
Professional boxing returns to Roca
BOXING 3107