The Story of a Champion ‘, Discovery launches documentary of the Mexican boxer 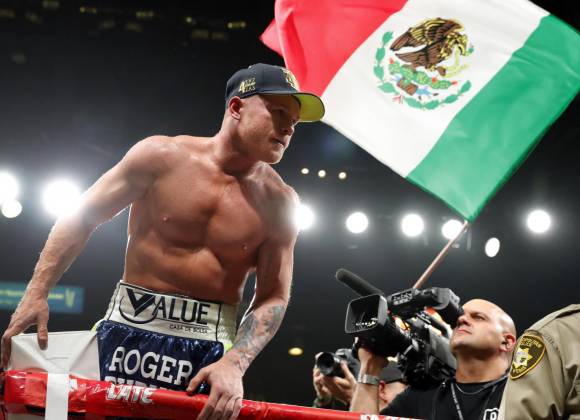 “No one gave 'Canelo' anything”, those are the words of David Faitelson when talking about the Mexican boxer in the new Discovery Channel documen

“No one gave ‘Canelo’ anything”, those are the words of David Faitelson when talking about the Mexican boxer in the new Discovery Channel documentary. Saúl Álvarez is one of the most recognized boxers in Mexico and in the world. His story is not a fairy tale at all, but a story of self-improvement.

Now, Discovery Channel will bring his life to the small screen with an original production entitled “Canelo: The Story of a Champion”, a special documentary that will premiere on December 13 at 11:00 pm.

Born into a humble family, ‘Canelo’ began selling ice cream in Guadalajara in order to pay for his training, without imagining that his perseverance would make him one of the highest paid athletes in the world. The boxer is a world champion in four different categories (Superwelter, Middle, Super Middle and Light Heavyweight), and undisputed Super Middleweight champion.

The documentary is a personal and intimate account of the life of the Mexican, where he himself recounts part of his childhood from his home in San Diego. In addition, it includes testimonies from his mother, Ana María and his brother Rigo, who recall their great fights -such as the victory against Coto or the draw and subsequent victory against Gennadiy Golovkin-, and analyzes the best moments, the challenges, and the most drinks. bitter that he had to face in his career, such as the defeat against Floyd Mayweather.

The documentary also addresses the memories of those who shaped him as a boxer, his coaches, the athletes who inspired him, even those people who helped him advance and excel in his professional career such as Mauricio Sulaimán, president of the World Boxing Council. This new production also offers the analytical perspective of sports journalists David Faitelson and Eduardo Lamazón. Do not miss it!

Tags: boxing
The winner of the Usyk vs. Joshua will have to face official challenger Robert Helenius
Boxing: Holyfield loses by technical knockout in the first round against Belfort
Boxing: Julio Csar la Cruz, world champion for the fifth time
BOXING 1353