The story of the mythical York Hall-Part One 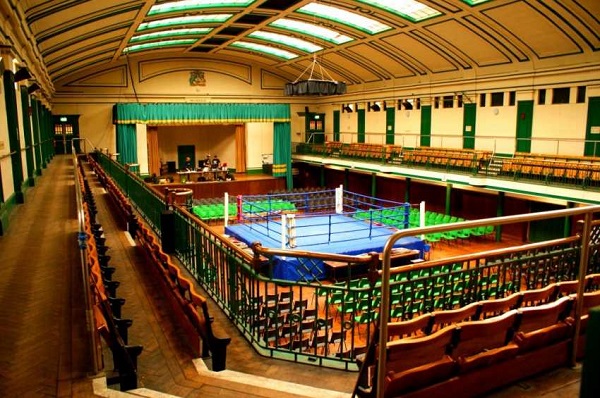 Odin Bernades@Odin_8ounces Few places enjoy the atmosphere that is breathed in the York Hall, the climate and passion for

Few places enjoy the atmosphere that is breathed in the York Hall, the climate and passion for boxing that is perceived there is unique and incomparable. A large number of British boxing legends visited him at some point in his career, witnessing hundreds of evenings, thousands of unforgettable matches and battles.

A small place as well as hot, where the essence of English football invades the entire venue, becoming a pressure cooker. A tiny Bombonera boxing. Considered one of the most emblematic places in Europe and around the world, the “spiritual home” of British boxing. The temple to which we dedicate these lines today is the mythical York Hall.

This Grade II listed Gregorian building (buildings of particular importance or interest in England or Wales) was opened in 1929 by the Earls of York themselves and is located in the heart of Bethnal Greenin the area of ​​the East End of London where illustrious figures in British boxing history have come from, such as Daniel Mendoza “The Jew”, English heavyweight champion at the end of the 18th century, who lived there for more than three decades, or Joe Anderson, a boxer at the end of the 19th century, champion of the well-known tournament called “All England”, in which the winner got a nice silver belt They were the pioneers and an inspiration to establish a strong boxing culture in the area.

The York Hall It was originally designed as a leisure area with Turkish baths, Russian baths, saunas or swimming pools, but its large number of rooms made it easy to offer other services or activities such as meetings, banquets, weddings, fashion shows or various parties. The main room of the York Hall where the boxing matches are played is small, it has a stage where they take advantage of it as an entrance for the boxers and it has some humble upper tiers very close to the ring; that makes it special.

The barely 1,200 people that fit into the venue are enough to rumble the foundations of York Hall with their various chants, cheers and gasps. The pure passion that the English have for boxing does the rest. The perfect combination for York Hall to become a cult site for the British boxing world and it still retains that status today. The aura that is generated there is indescribable and only those who have been lucky enough to witness it can explain it.

After two decades in operation, the main pool fell into disuse, and this was the reason why York Hall would host its first boxing event in March 1949. It was an amateur evening, specifically a regional ABA championships. Amateur Boxing). From that moment on, the noble art would not stop being practiced and would continue like this every year, mostly North London regional championships, national championships (England), some British championships and also some World Boxing Series tournaments, among others. lower profile evenings.

In 2003, the venue was about to close down, since it was financially difficult to sustain. Thanks to some neighborhood associations, citizens were mobilized, there were demonstrations against its closure and work teams were formed to find a solution. Finally they signed a contract with a well-known company that manages sports centers and saved the legendary venue from bankruptcy, reforming it from top to bottom and making it refloat to the relief of the fans. For things like this it is considered a cult site for British boxing, especially in East London.

York Hall and its amateur history
An immense number of amateur boxers debuted or fought at York Hall, many of them later managed to compete at a high level or win important titles, some have been or are today stars of this sport.
In 1950, at the second event held at York Hall, a young man from Essex County named Ron Hinson. He had a short but great amateur career, becoming British lightweight champion in 1951. His greatest success as a professional was a regional championship.

the londoner Derek Lloyd He debuted with a loss in 1954. His amateur career was quite irregular, but he fared somewhat better in the professional arena, reaching the European flyweight championship in 1961. Lloyd was defeated by an Italian boxing legend like Salvatore Burruni. 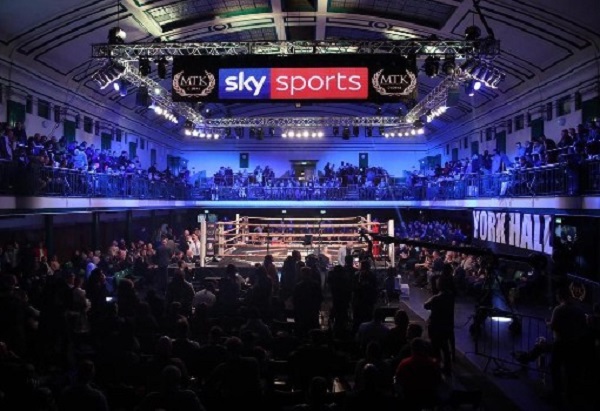 A great amateur boxer who also passed through the legendary venue more than once was the Londoner nicky gargano. He was Commonwealth Games champion, British champion and participated in the 1956 Melbourne Olympics at welterweight, losing in the semifinals against the future champion, Romanian Nicolae Linca.

Another who debuted with defeat at York Hall was the West Ham welterweight Ralph Charles. His luck changed and he became British amateur runner-up. As a professional, he was several times British and Commonwealth champion, European champion and came to dispute the unified world championship of the Association and the Council in 1972 against another legend: the Cuban José “Mantequilla” Nápoles, losing by KO in the seventh round. .

Many other boxers began their amateur career at the famous venue and were British champions: Billy Walker, Mickey Carter, Al White, Sugar Bill Robinson, Johnny Cheshire or John H. Stracey. The latter is the one who had the best professional career, becoming British and European champion and three times World Boxing Council World Champion. All of this at welterweight.

The York Hall also saw the great boxer take his first steps as an amateur maurice hopewho also achieved it all as a professional: British, European and five-time World Super Welterweight Champion of the Council.

The great amateur evenings would not arrive until the early 2000s, with several English or British championships. Names like Luke Campbell, Khalid Yafai or Frankie Gavin were crowned English amateur champions at the end of 2006, Callum Smith would do the same in the junior category the following year and in 2008 Luke Campbell would repeat his success; on the same evening they also won their finals for the British title Liam Smith or a certain Tyson Fury.

In 2009 an attractive amateur tournament England vs. United States, in which boxers like Savannah Marshall, Natasha Jonas, Paul Butler or Leigh Wood could be enjoyed on the English side and young talents in the American team, such as Michael Ruiz Jr, Lenroy Thompson or Errol Spence Jr.

The last major amateur event held at York Hall was a World Boxing Series tournament. Actually, it was not technically an amateur, since the WBS does have amateur fighters, but professional fights are played and it allows boxers to maintain their amateur status, while they begin to enter the world of professional boxing. Said event was a Great Britain vs. Ukraine and the year 2013 was celebrated, leaving great combats with protagonists that today some are world stars: Oleksandr Usyk defeated Joe Joyce, Vasyl Lomachenko He got the victory against Sam Maxwell, Joseph Ward beat Denys Solonenko and Andrew Selby prevailed against Ivan Ilnytskyy.

Several WBS tournaments would continue to be held with some other important fighter, such as Joshua Buatsi, Anthony Fowler, Lawrence Okolie, Joe Cordina, Josh Kelly, or Alen Babic. Since 2018 no amateur evening has been held and at the moment it does not seem that more will be held; a pity, since a vast number of British and world boxing figures have debuted or passed through there and all of them have contributed to building a great history of amateur boxing with the historic York Hall as the main stage and surely boxing lovers in London’s East End would be delighted to see amateur boxing once again and be able to once again enjoy boxing’s future stars.

Although this does not end here, since we still have the second part. It remains to discover his entire history in terms of professional boxing: His first pro events, his most important evenings, the debutants who triumphed later, fighters who also passed through there and who are stars today… and much more. But this will be in a few days. And I assure you that it will go a long way.