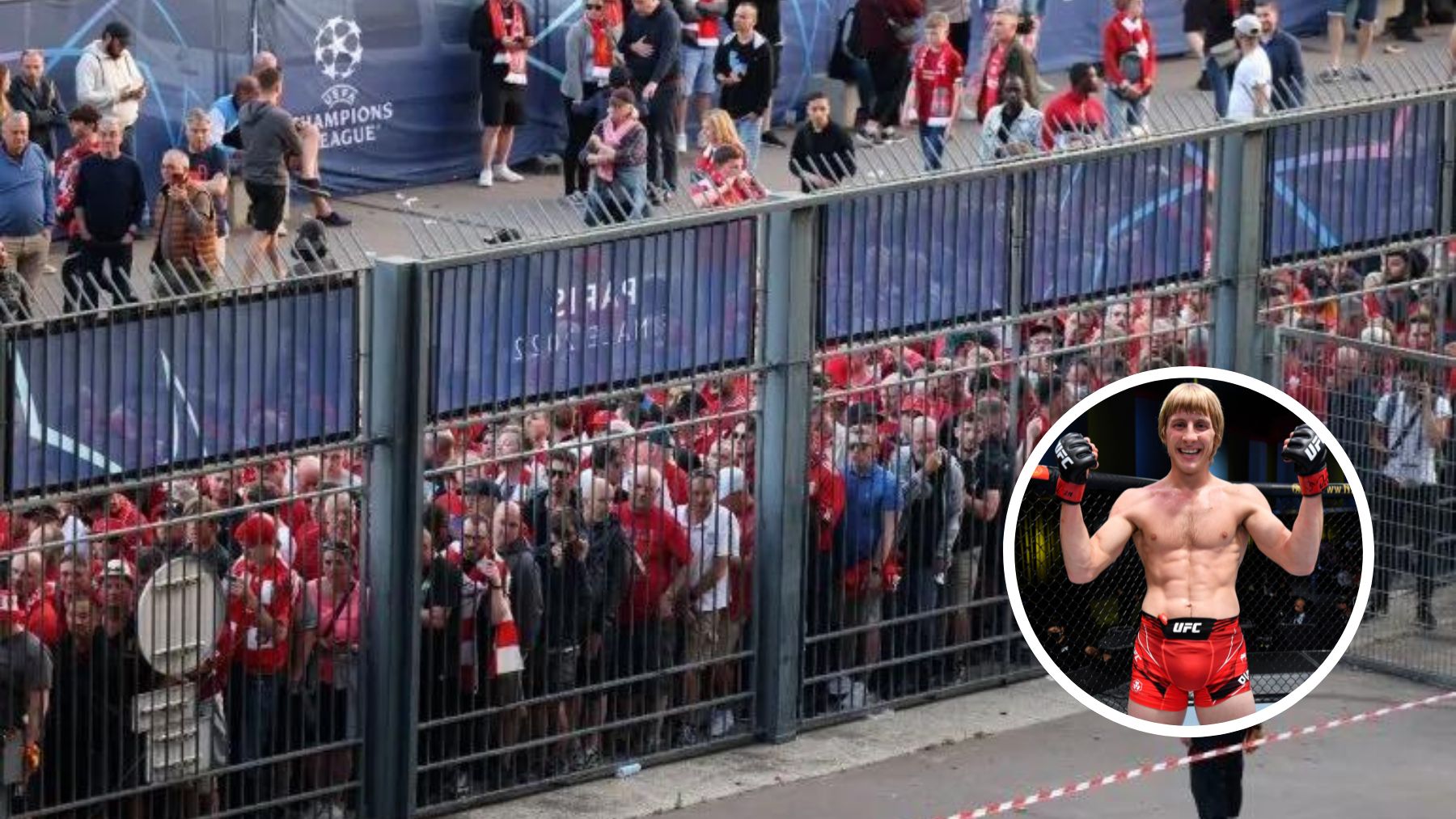 Hard and impressive the story of Paddy Pimblett, a UFC fighter who experienced first-hand the chaos prior to the Champions League final between Re

Hard and impressive the story of Paddy Pimblett, a UFC fighter who experienced first-hand the chaos prior to the Champions League final between Real Madrid and Liverpool. Thefts, avalanches, abuses, beatings… What happened in Saint-Denis is very serious and Real Madrid has already demanded explanations and has asked for responsibilities for it. Paddy, who is fond nettells how he went to the Stade de France to watch the match and went through one of the worst experiences of his life.

“When we left the stadium there were groups of thirty people running. Big groups. Some of them had weapons: machetes, knives, iron bars, bats… We had to try to escape from that place. They put people on the ground, they stole their watches and their things. Some people had their bags snatched. They grabbed them, pulled them and cut the strap to grab the bag and run away », he says in CMR.

“I’ve never been so scared”

“Before the match I also saw people getting their tickets stolen, stuff like that. But the worst was after the game, when people were leaving the stadium. Entering the stadium was already complicated. The police fired tear gas at everyone. In the short stretches we had to cross to get to the stadium, thousands of people were cornered and crushed between some of the gaps. And when we asked the policemen what was going on, they laughed at us. Like I said, I’ve never been so scared for my safety. and that of the people around me like when I left that stadium on Saturday night, “adds the fighter.

A horror movie that surpassed fiction: «There were people running with machetes! I’ve been repeating it for a few days: the only thing I can compare this to is the movie American Nightmare. When I got to the stadium, everything was chaos. It was as if no one knew what he was doing. When I left the field on Saturday, it was as if a war had just broken out. There were no laws.”

Rampage Jackson Says: “UFC and Bellator Should Be Concerned Right Now”
What a way to start! Da Un Jung and a tremendous knockout at UFC Vegas 42
UFC fighter launches against Vladimir Putin: “Fuck you, bitch”
UFC/MMA 937