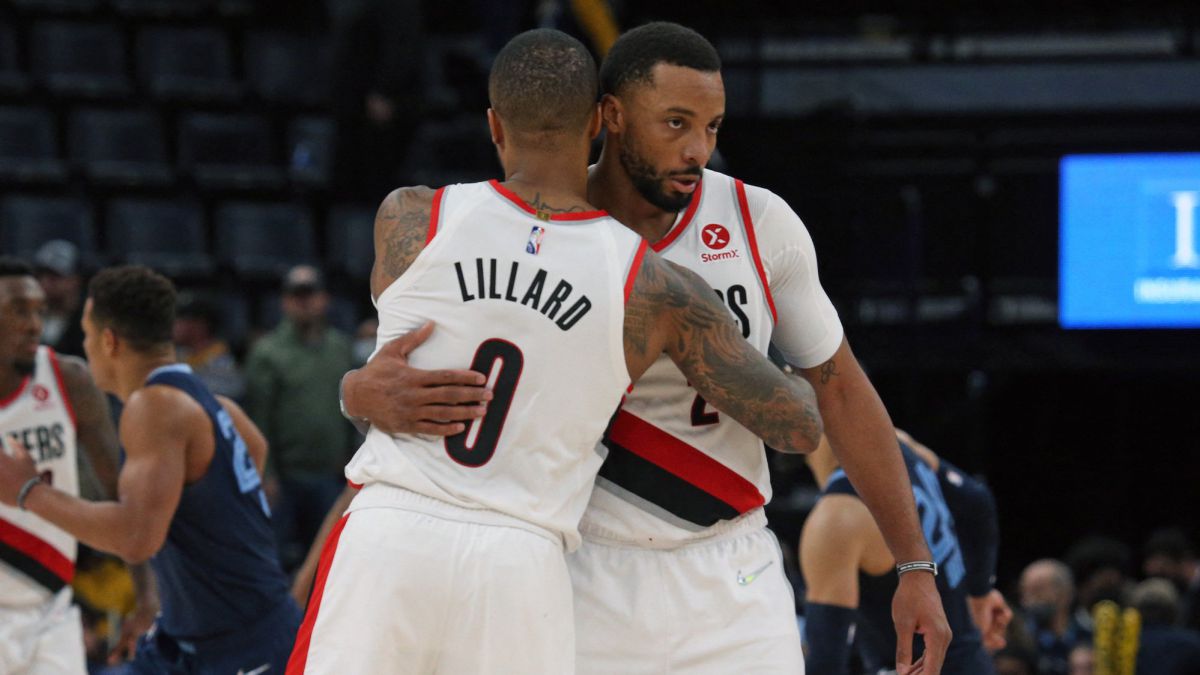 That the Blazers win two games in a row is, unfortunately, quite a novelty. What they did the other day at home against the Hornets they have rep

That the Blazers win two games in a row is, unfortunately, quite a novelty. What they did the other day at home against the Hornets they have repeated in Memphis against the Grizzlies in a game in which they have even resembled a good team. Let’s remember that, before that little (tiny) streak, the Oregon team had just lost 7 consecutive games and 10 of its last 11. Something that does not stop surprising (although it does not surprise us so much) if we consider that we are talking about a franchise that had just played the playoffs in the last eight seasons. Now, the Blazers are in a different fight, one that has more to do with themselves than anything else. With a constant search for a lost identity, for a social base that makes up the city of Portland that understands basketball And that is why she is fed up with her team and a resurrection that, if not given, what it will do will be to definitively break a project that has never been oriented to win, but to form a team that can spend many years being a fixture in the NBA.

Victory is the ultimate goal of any project, but there have been many iconic teams that have not won and have been insurance in the playoffs. A fate that seems to chase some Blazers who ran into Nate McMillan and Brandon Roy in the same situation and who speculated on the ring in 2000 (the Lakers comeback from Kobe and Shaq in the seventh game against Scottie Pippen, Avrydas Sabonis and company), they touched him with Rick Adelman and Clyde Drexler (losses in the 1990 and 1992 Finals) and They touched glory with Bill Walton and Jack Ramsay in 1977, in about 70 that are not more than a decade unfairly forgotten, but in which there were winners of a huge cultural dimension who have been an intrinsic part of the best League in the world. Relatively young Blazers have always moved in these (they were born in 1970) and that have almost always been based on long-term projects who have had important references and an obvious and enviable connection with the public.

And yes, it seems that this particular project of the Blazers is going to waste, but surely Lillard does everything possible to delay that moment as much as possible. 32 points, 5 rebounds and 5 assists for him against the Grizzlies and a substantial improvement in his last 5 games (which he added after another 5 absences), in which he is in 30 points and more than 5 rebounds and 6 assists on average, numbers that contrast with the only 23 that he has on average throughout the course with less than 40% in field shots. A magic that has disappeared after being above 25 goals since 2015-16, reaching 28.8 in the past and 30 two ago, when he also went to 8 assists per night and he legitimately chose, for a few weeks, the MVP of the season. A very clear drop in level from which he is trying to come out with pride and pride in the last games. And, against the Grizzlies, their effort has been meteoric.

The Grizzlies went 80-77 into the fourth quarter. A good assist from Lillard for Norman Powell put the Blazers 4 up with 30.9 seconds to go (97-101). But the referees gave Dillon Brooks three free throws and the thing was tightening with just 9 seconds and an Instant Replay by: 100-101. That is how the locals came: Desmond Bane did not specify to force the extension after Powell gave peace to Chauncey Billups’ team (questioned practically from his arrival and with a lot of noise around him). In the end, 105-100 after two free throws by Nassir Little. And an end to a 5-win streak for the Grizzlies, who also added 10 wins out of the last 11 possible and they remain in fourth place in the Western Conference with a 19-12 record and closer to third place held by the Jazz (20-9) than falling to fifth, now held by the Clippers (16- 14).

For their part, the Blazers are still far behind: 11th place, with a 13-18 record that leaves them tied with the Kings, tenth. Yes indeed, They are only 2.5 games behind eighth place for the Timberwolves and have taken an unexpected victory from Memphis, as unexpected as it is deserved. Without CJ McCollum, with a team that did not have Ja Morant, but has built its entire spectacular streak without the point guard. And with a good Lillard, 28 points from Powell (5 of 8 on 3s), a good job from Nurkic (9 + 11) and Nance Jr. (2 + 11) under the boards and a bit of everything from Little (12+). 9 + 3 + 1 + 2). In the Grizzlies, 37 spectacular points from a huge Dillon Brooks were the highlight, but not enough this time to qualify for bigger prizes and very bad in the shot, with just 9 triple hits in 34 attempts (26.5%). For now, this does not overshadow the good moment of the Grizzlies. Nor, of course, does it elevate the Blazers. But for Oregonians and their leader, Lillard, it may be a start. May.

Brooklyn Nets – Cleveland Cavaliers, live
Former Yankees ARod in good company to Wolves vs NBA Lakers
NBA: Charles Barkley: “I want to be broke when I die, I don’t want to leave all that money to my family”
NBA 1303

Loading...
Newer Post
The countries with the best women’s football in the world
Older Post
Boxing: Jake Paul, tongo or KO of the year? They accuse the youtuber of a fix before his brutal right hand to Tyron Woodley