The Suns dream big: they stop Durant and 16 in a row 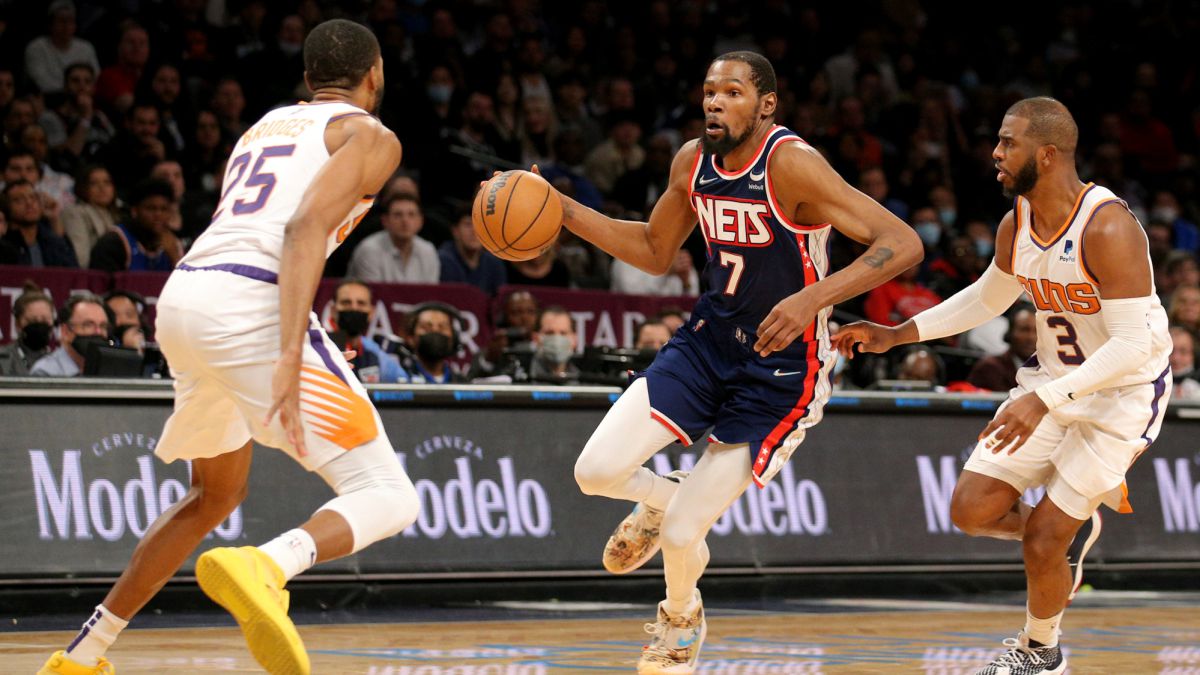 No one can beat the Suns. The 17-3 record is the best in the NBA and the 16 consecutive victories (yes, they started 1-3), the best streak. With

No one can beat the Suns. The 17-3 record is the best in the NBA and the 16 consecutive victories (yes, they started 1-3), the best streak. With an unappealable game and an absolutely legendary conviction, Monty Williams’ team passes over its rivals without any hesitation and is going through its best physical and mental moment in years. Perhaps, why not, in a good part of its history. And they have the best record in the best league in the world, they walk in Arizona or in foreign lands, they flow perfectly and they find games like tonight, against the Nets. One that wins by 6 points but who dominate by 22. In which they start 34-20 in the first quarter. In which they do not let their rivals get ahead at any time. In which everything works. A duel that not even a legend like Kevin Durant was able to lift.

Phil Jackson said in his free Eleven rings, that the Lakers players arrived with a shine of determination in their eyes to the 2008-09 basketball season. The loss in the Finals against the Celtics it caused a tremendous pain in the morale of a team that had worked hard to get there. The defeat was sobering for the squad, who came together more than ever and won the championship against the Magic at the end of that season (with Kobe, Pau, Fisher …). The following year and how Revenge is a dish best served cold, it was the Celtics the victims, in a reissue of the Finals two years earlier that this time had the purple and gold team as the winner. But it was there, in the loss, where the Lakers came out so strong that they were faced with the necessity and the moral obligation to win the promised ring.

It’s possible, we don’t know yet, that the Suns have those same intentions. The 2008-09 Lakers won 65 games. And what is more unusual to speak of coincidences: they were also imposed in 17 of their first 20. Exactly the same as the Suns this year, although the Arizonans have achieved such an achievement thanks to an extraordinary streak: 16 games won in a row. And right now, They are the fittest team in the NBA, the one that plays the best and the one that leads the main statistics: third best attack (after Warriors and Hornets), first in percentage of field goals, ninth in percentage of triples, tenth in percentage of free throws, third in assists, sixth in steals, seventh team that loses the fewest balls … Suns have the third best net rating in the competition, a roster that mixes luxury veterans with young talents who are both the future and the present and a close trainer, whose speech is ideal for the type of team you coach.

The Arizona team has up to six players above 10 points in scoring, and that collaborative play has been seen again in Brooklyn: 30 points from Devin Booker, 22, with 8 rebounds and 5 assists, from Chris Paul, 10 + 6 from DeAndre Ayton, 13 + 6 (with 7 steals) from Mikal Bridges, and double-double (10 + 10) from a JaVale McGee delighted to have met and living a second youth in an aspiring team. The Suns entered 18 up (72-90) in the fourth quarter, in which they only had to manage the advantage, control the rival’s rebelliousness and manage a victory that ended with a misleading result: The Nets never had a chance and the closest they came was 101-108 with a 3-point attempt by Patty Mills from the corner. and just over a minute to go. A victory in Brooklyn that inflates with pride the morale of a team that is already high and is beginning to believe itself truly unbeatable.

The Nets, of course, did not enjoy their best game. They were the other side of the coin and at no time could they correct a catastrophic start. To jerks, they gave the sensation of approaching more than once, a mere mirage against some well-ordered Suns and calm before any threat of comeback. Kevin Durant was on display again (39 points, 9 rebounds, 7 assists and 4 steals, but with 5 losses) and is averaging almost 29 points a night this season. His performance was not enough. Nor the triple-double of a James Harden who went quite unnoticed despite the numbers (12 + 13 + 14) and shot very badly (4 of 15, with 0 of 6 in triples), nor the contributions of Bembry or Aldrige, who went to 18 points per head. Not much for some std who know perfectly well that their season, with or without Kyrie Irving, is played in April and who can afford to have a calmer regular phase, in which they will win victories for talent and without too much urgency. In the end, without being brilliant still leaders of the Eastern Conference (14-6). And yes, they have not been able to with the Suns. But lately, nobody can beat the Suns. This is the issue.

The Warriors are a party
NBA players who are playing their contract in training camp
NBA: The brutal and shameful street fist fight that has cost two WNBA stars their place
NBA 1328

Loading...
Newer Post
Carla Esparza has a second option in the UFC: “It would be a very different fight.”
Older Post
Children’s boxing, cyclocross, Legua de Coslada and Clara Baquero