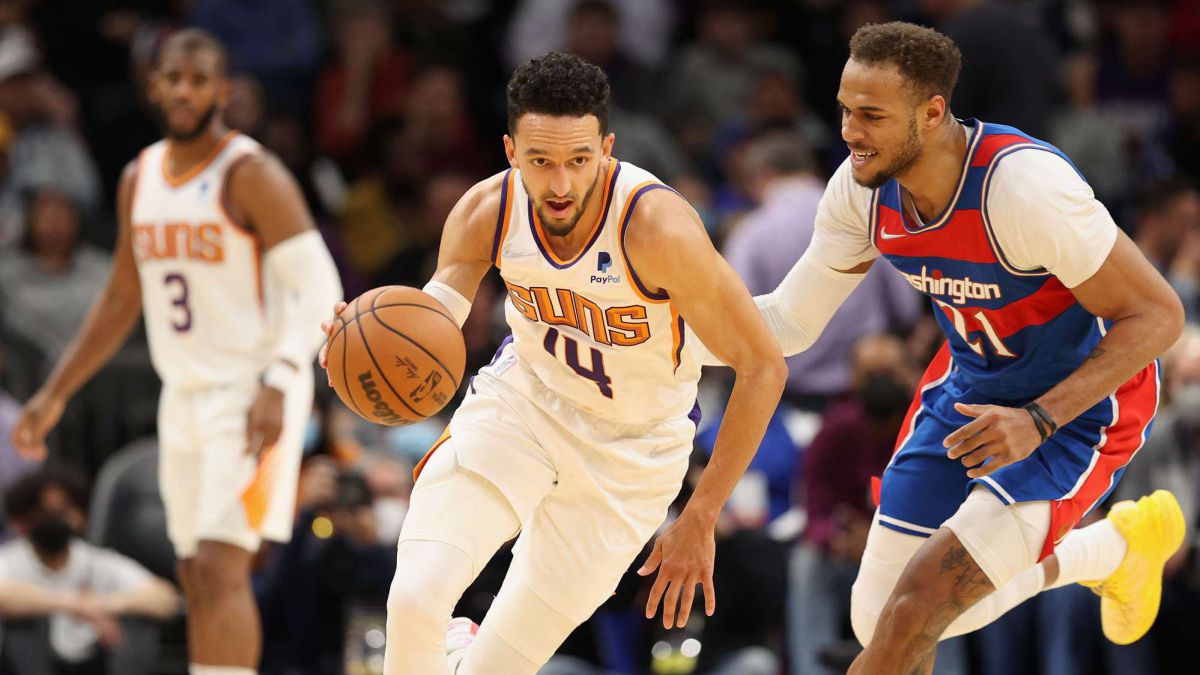 The NBA is immersed in something that it has never come out of: the coronavirus. And the number of cases begins to dangerously approach a hundred

The NBA is immersed in something that it has never come out of: the coronavirus. And the number of cases begins to dangerously approach a hundred while what to do is debated and the North American competition takes its first measures, that will surely increase during or after the Christmas holidays. The restrictions will once again be the daily bread that has been marked net and completely for two seasons by the pandemic, something that he hoped to be able to leave behind in the current basketball season, but that he has not been able to correct despite the vaccination and the huge amount of cases there are. Two Bulls games have already been suspended (one was this day), and we only need to know how far the damage will go from everything we are experiencing. Until then, these have been the matches of the day:

The Pacers (13-18, ranked 13th in the Eastern Conference) took advantage of the worst team in the NBA this season, the Pistons, to break a streak of 2 consecutive losses. The loss at home condemns Detroit to their 13th consecutive loss and plunges them further into last place in the Eastern Conference with 23 lost games and only 4 wins since the start of the season. The top scorer was Indiana player Caris LaVert, who scored 31 points, 3 rebounds, 5 assists, 2 steals and 1 block. In addition to LaVert, five other Pacers players had 10 or more points. The best player for the Pistons was Saddiq Bey, with a double-double of 28 points, 10 rebounds and 5 assists.

The Knicks (13-16 and 12th in the Eastern Conference) defeated the Rockets 103-116 thanks to the performance of the New Yorkers’ bench who scored 63 points, more than half of the total team. By comparison, the Rockets bench only had 36 points. Three of the four reserves who played, Mitchell Robinson, Miles McBride and Immanuel Quickley, each had 15 or more points. In addition, Quickley was the leading scorer of the game with 24 points, 4 rebounds, 4 assists, 1 steal and 1 block. Knicks guard Evan Fournier also had a good night with 23 points, 1 rebound and 3 assists. The Rockets’ best player was center Daniel Theis, who made a double-double of 22 points, 10 rebounds, 1 assist, 1 steal and 2 blocks. The Knicks, by the way, are recovering slightly from the negative partial they had since Kemba Walker left the team dynamic: now, 3-7 from the point guard’s goodbye due to Tom Thibodeau’s decision. Before, with Walker, 10-9. There is that.

The Suns’ victory allows the Phoenix to tie for the Western Conference lead with the Golden State Warriors. Although those from San Francisco occupy the first place, both teams now have 23 wins and 5 losses.. After a faltering start, the game’s leadership changed up to five times in the first quarter but the Suns assumed control of the game in the second quarter and did not give Washington any options, which are diluted as the season progresses. . Phoenix’s men were 26 points ahead in the fourth quarter. The top scorer of the game was Washington guard Bradley Beal, who had 26 points, 3 rebounds, 5 assists and 1 steal. In the Suns, 8 players finished the game with 10 or more points. Center Deandre Ayton had a double-double of 15 points, 10 rebounds, 4 assists and 1 block. The Suns’ leading scorer was JaValee McGee with 17 points, 8 rebounds, 2 assists and 2 steals.

Loading...
Newer Post
NBA: “Stephen Curry is the best shooter in history”: the NBA has it clear, and you?
Older Post
The quarry of Levante, among the ten most profitable in Spanish football