The tactical keys of Xavi’s football 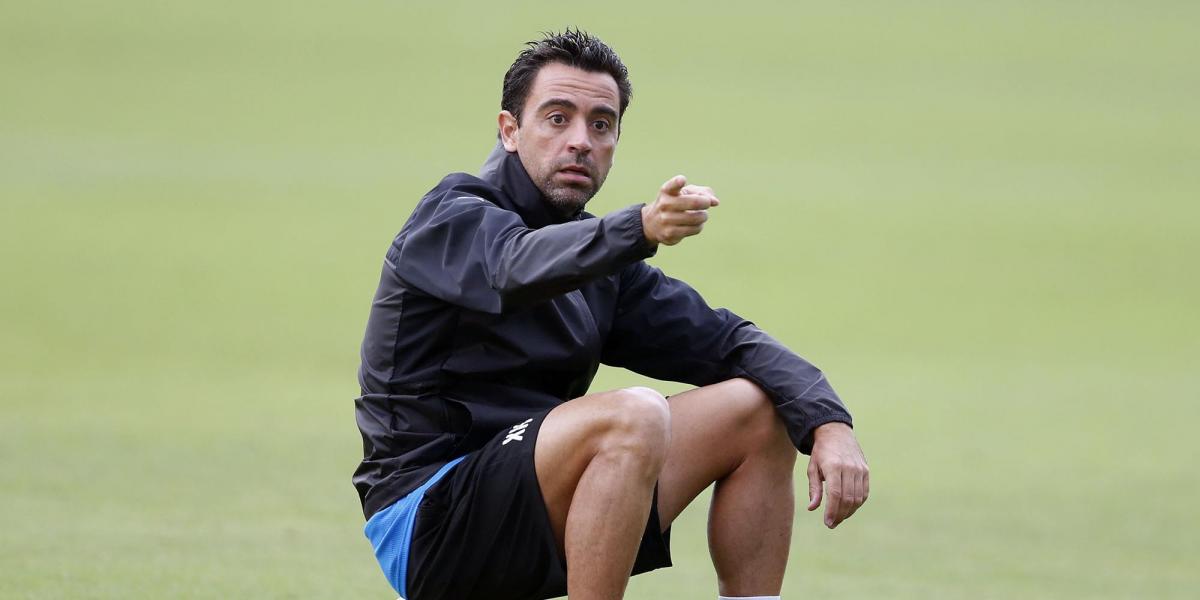 Xavi Hernandez fulfills his third season What coach. For years before retiring, the one who will be Barça’s new coach had already expressed his intention to make the leap to the benches after hanging up the boots. Even as a footballer, he began to take off the qualification from coach, interned for the Qatar senior team while playing in Al sadd and in June 2019 he obtained the UEFA Pro title, which allows him to manage any team.

That same summer he took office as coach of the Al sadd, the team in which he had played for four seasons after leaving Barça in 2015. In these two and a half seasons he has been a coach, Xavi is characterized by being a coach who bets on a style playing clearly offensive, marked by influence from Cruyff and the style who has sucked in the Barça throughout his career. Possession and domain of the game, I play for the bands or high pressure are some of the keys to his philosophy.

“The most important, the most beautiful, the most precious thing in football is having the ball, going on the attack and dominating the game with the ball“, He said Xavi recently in a tactical talk on The Coaches Voice.

In that master class, he made it clear that he tries to dominate the games through the ball and defined himself as obsessed with possession. But in every training session he leads in Qatar, he insists on the importance of not having the ball just for the fact of having it, but the possession and dominance is the best way to create scoring chances and hurt the opponent.

Xavi started playing with him 4-3-3 With whom he lived his best years as a footballer at Barça, although in these two and a half seasons that he has been a coach, he has shown a lot of tactical wealth and a variety of systems. It has been alternating mainly two game schemes, on the one hand the aforementioned 4-3-3 and on the other an offensive 3-4-3, which is the one that has given the best results. It is a modern version of the system from Cruyff, but different from the drawing with three centrals of Koeman, since in this case there are no lanes that in practice make it a defense of five. Xavi’s Al Sadd plays many games with three defenders, in some cases centrals and in other laterals converted into centrals, but he completes the team with four midfielders, two wingers and a benchmark nine. That is to say, a very ‘cruyffista’ system although with a double pivot and two offensive interiors in the center of the field instead of the diamond that Johan used.

The pressure in the opposite field is another of the hallmarks of the team of Xavi, as it was at Barça de Guardiola and it is supposed to be from now on at the Camp Nou. His team goes to look for the rival upstairs, does not let him progress to the center of the field and tries to steal the ball as close as possible to the rival goal, since this way the chances of doing damage are even greater. The Al sadd from Xavi jumps to pressure in an organized way, with movements that are very worked in training and in which each player knows who and where to press. And the ten field players press, like an accordion, in a coordinated way.

The famous position game that so much work is done at the FC Barcelona school is also one of the keys to Al sadd from Xavi. The coach places his players on the field, always seeking to try to generate superiority over the rival in the areas of the field, to always have a free player to pass the ball to.

Either with him 4-3-3 or with defense of three, the Al sadd from Xavi always play with two open ends on each side. It is the way to open the field, to force the rival to move away to the sides of the area and thus generate spaces for the nine or the interiors.

In the trainings of the Al sadd the ball is the main protagonist, everything is trained with ball, the rounds, the possession games, the position games… Xavi has ‘educated’ soccer to a group of players who are technically light years away from those of the Barça and their conception of understanding the game has changed. “I want them to enjoy the ball, not suffer”It read in The Coaches Voice. “The ball is not a bomb, it is a treasure”, Concludes Xavi. With that philosophy he will reach the Barça bench