“The teams are signing players without knowing who they are” 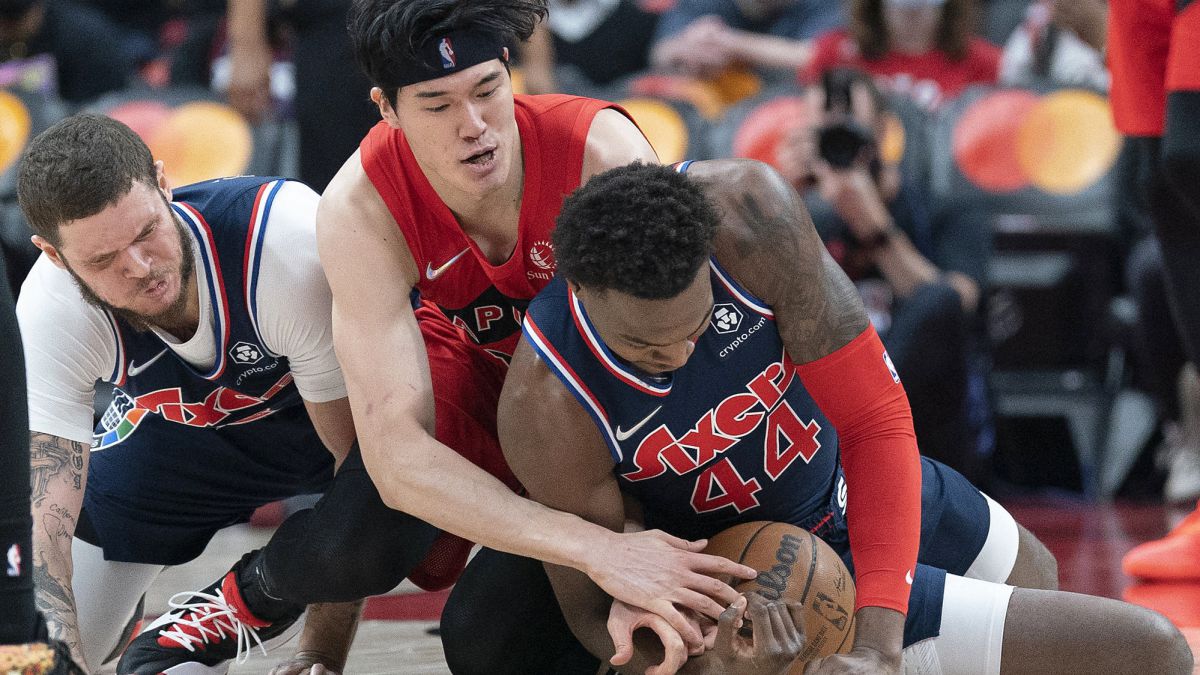 Follow the COVID storm in the NBA. As the League adjusts its protocols and reduces quarantine times, manages to advance without multiplying the p

Follow the COVID storm in the NBA. As the League adjusts its protocols and reduces quarantine times, manages to advance without multiplying the postponements of matches thanks to a policy of flexibility in the registration and in the movement of the templates that allows teams to have staff to play. Many times without the usual rotation and with teams more than questionable … but it is played.

Templates are hard to recognize, the results basically have to do with who is and who is not available and players arrive in waves: day contracts, exceptions, leaps en masse from the G League, return of players who were retired or almost retired … Anything goes in order to cover dates while the NBA looks for solutions. We have seen Joe Johnson play for the Celtics, the team that drafted him in 2001, aged 40 and three after his last NBA stint. Isaiah Thomas signs with the Lakers for ten days and then goes to the Mavericks. The point guard arrived at Sacremento and made his debut with the Mavs on a morning day in Washington state. There he was in a supermarket when the call came from Nico Harrison, the general manager of the Texans: “Do you think you could play today?And Thomas said that of course yes, he caught a plane to Sacramento … and to play for a new team.

Thomas became, six after playing the last of his four games with the Lakers, the 24th player the Mavericks have used this season. The absolute record is the 30 that the Houston Rockets needed last year, also in the midst of a pandemic. The Mavs have used one more than the Hawks: 23. The Georgia team now have 26 players on the squad and even the journalists who follow the team make jokes about the squad’s state of chaos on the official team page:

We’ve seen Brandon Knight return… and go into protocol after his first few games with those same Mavs. Jordan Bell was drafted by the Bulls in 2017 and traded to the Warriors in exchange for financial compensation (3.5 million). Now, after trying to find a place in an NBA that turned its back on him, he signs precisely … with the Chicago Bulls. This inertia is leaving very curious data, and very significant Also if you like: until last Wednesday night, there have been 83 players in the NBA who have made their debut and played at least one game and have not scored a point. Of those 83 cases, 15 have occurred so far this season.

The movement, while more than 200 players have passed or are now in the COVID protocols, is so intense that without reaching the middle of the season, the record of players who have participated in the competition has been broken: it took 541 two days ago, one more since in all the past course, and the number is increasing. That 541 was Greg Monroe, whose situation is a clear example of the current dynamics of the NBA. Crazy: on Monday, the veteran center (31 years old, number 7 in the 2010 draft) was in Washington with the Wizards’ G League team, getting ready in case a call came from a franchise after two attempts also without luck at the Euroleague level, with Khimki and Bayern.

The NBA call came from Minnesota. The Wolves had to play the Celtics devastated by COVD. Without any starters (Towns, Beverley, Edwards, Russell, Vanverbilt) and without substitutes like Reid and Prince. Monroe woke up at 4 a.m. in Washington DC and had to fly to Minneapolis. He missed his flight and had a layover in Chicago. He finally arrived at the Wolves’ pavilion at four in the afternoon to debut with his new team. And, things of these times, it was key in an unexpected victory against the Celtics (also with notable losses).

Chris Finch, his coach, greatly appreciated his performance: “It was vital, his ability to pass was very important, he gave us a sense of calm on the court.” Before the game, the coach had left another juicy moment when they asked him how many minutes his new center would play as soon as he landed in the city: “No idea, I’ll have to ask him. I just met him half an hour agoAnd Monroe himself left what will surely be one of the dates of the year, one that makes it clear that these are days in the NBA. Jaylen Nowell, a Wolves’ close-up guard, was the great hero with the game of his life: 29 points. And Monroe, after the victory, recognized that I had no idea who it was when they were playing: “Nowell? I’m not going to lie, he played marvelously, but the truth is that I didn’t know who he was ”.

It is a good example, although as significant or more are the words of a general manager (anonymously) to John Hollinger, the journalist who is now in The Athletic and who worked for years in the Memphis Grizzlies offices: “Someone from an office has told me that their team has signed a player without knowing who he is. And they have guaranteed me that it is not the only case… ”. In fact, in a stretch of 11 days, when the pandemic escalated, there were eleven emergency signings. And so, little by little, the NBA is saving dates.

Loading...
Newer Post
“I never enjoyed it”: Kimi Raikkonen and a confession that amazes Formula 1
Older Post
Simeone has coronavirus and concerns the outbreak of cases in soccer in Spain