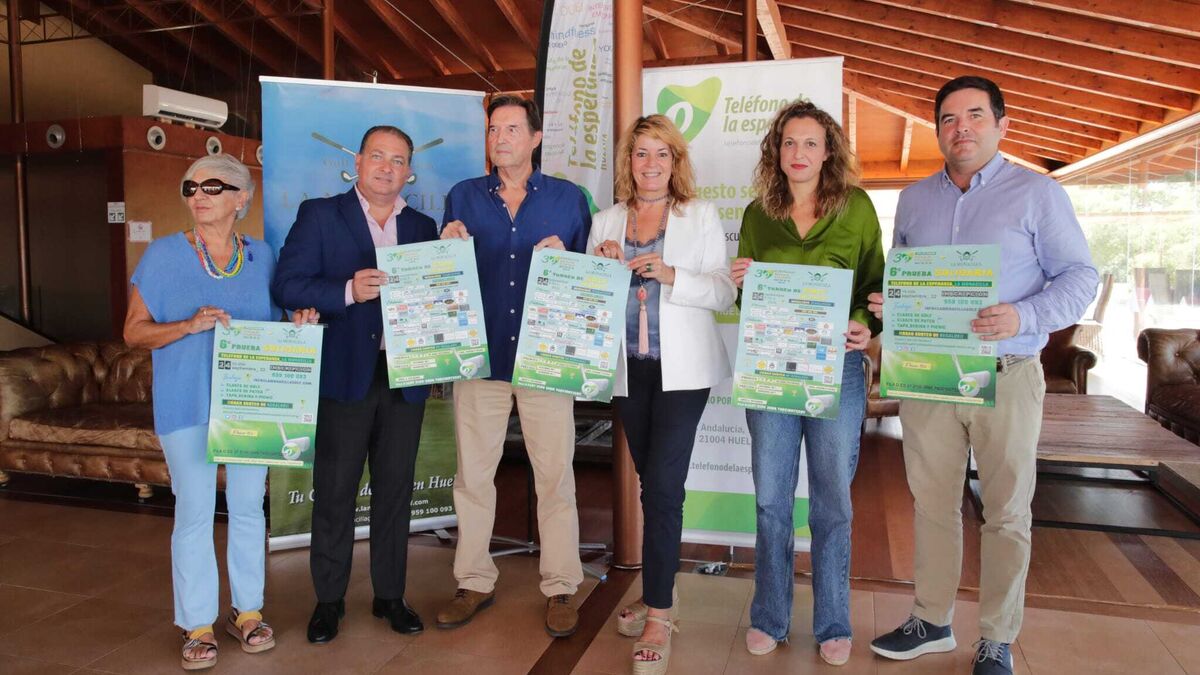 He saw Solidarity Golf Tournament Telephone of Hope will be held next 24th September in the facilities of La Monacilla Golf Club. At the presentat

He saw Solidarity Golf Tournament Telephone of Hope will be held next 24th September in the facilities of La Monacilla Golf Club.

At the presentation ceremony of the tournament Luis Benitez, president of the Telephone Association of Hope in Huelva, presented the tournament as an event expected by the participants and very attractive. He furthermore he gave a review to the intensive work of the Associationwhich becomes even more essential in these difficult times with the increase and empowerment of mental and emotional problems.

had words of thanks to the Club, to its professionals and the participants, for their commitment to the tournament, as well as for the present institutions: the Port of Huelva, the City Councils of Huelva and the City Council of Aljaraque, who were also praised for their help and their commitment to the celebration. He wanted to thank in a special way the small merchants that “despite the crisis they have suffered, they have maintained their collaboration, within their possibilities, during these six years of the tournament”.

Ricardo Bescansa, host and Director of the Club, welcomed those present and expressed his willingness to collaborate with those who, according to him, are example of solidarity, dedication and generosity.

The Mayor of Aljaraque, David Toscano, thanked his town for being chosen by the Telephone of Hope to celebrate this important tournament and also praised the work of the Association “so specialized and so necessary for so many people who are in such extreme situations and extended the hand of the City Council to the Association”.

María José Pulido, on behalf of the Huelva City Council, was pleased to be accompanying the Telephone of Hope again, of whom she said that admire your volunteers for his extreme generosity not only for his dedication but for his difficult task in having to do it with people who are going through situations with such a load of emotionality and vital need.

On the other hand, the President of the Port of Huelva, main sponsor of the event, has underlined the effort of T. de la Esperanza in so many projects. “They have been helping many people for many years. It is an honor to collaborate with them in this tournament. The Port of Huelva’s main objective is the growth of port activity, but we want the benefits to affect society and its groups. That is why we support them in projects like this for solidarity purposes”, declared Pilar Miranda.

To end the presentation of the Tournament, the President of the Telephone of Hope took the floor again and made a personal praise of the political representatives present, highlighting their personal quality and the complicity and communion of all of them when it comes to favoring solidarity events like this one.

After the act, the President and President of T. de la Esperanza and the Port of Huelva, carried out the formal act of the tournament sponsorship signing by the Port Authority.

The Telefono de la Esperanza invites those who have not yet registered for this tournament to participate, which its president described as “a event to enjoy and share special moments“.

Tags: Phone, Hope, Solidary
Golf returns to its origins at the British Open with Rahm as a contender
Mexico Golf Card presents its project for lovers of this sport
The European Tour sanctions golfers who played LIV Golf
GOLF 1506

Loading...
Newer Post
Miscellaneous The 5 most important soccer tournaments in the world
Older Post
GP Netherlands F1 2022: Checo Prez ends the qualifiers with a spin that relegates him to fifth place at the start