The Tenerife Circuit will be promoted in the MotoGP World Championship 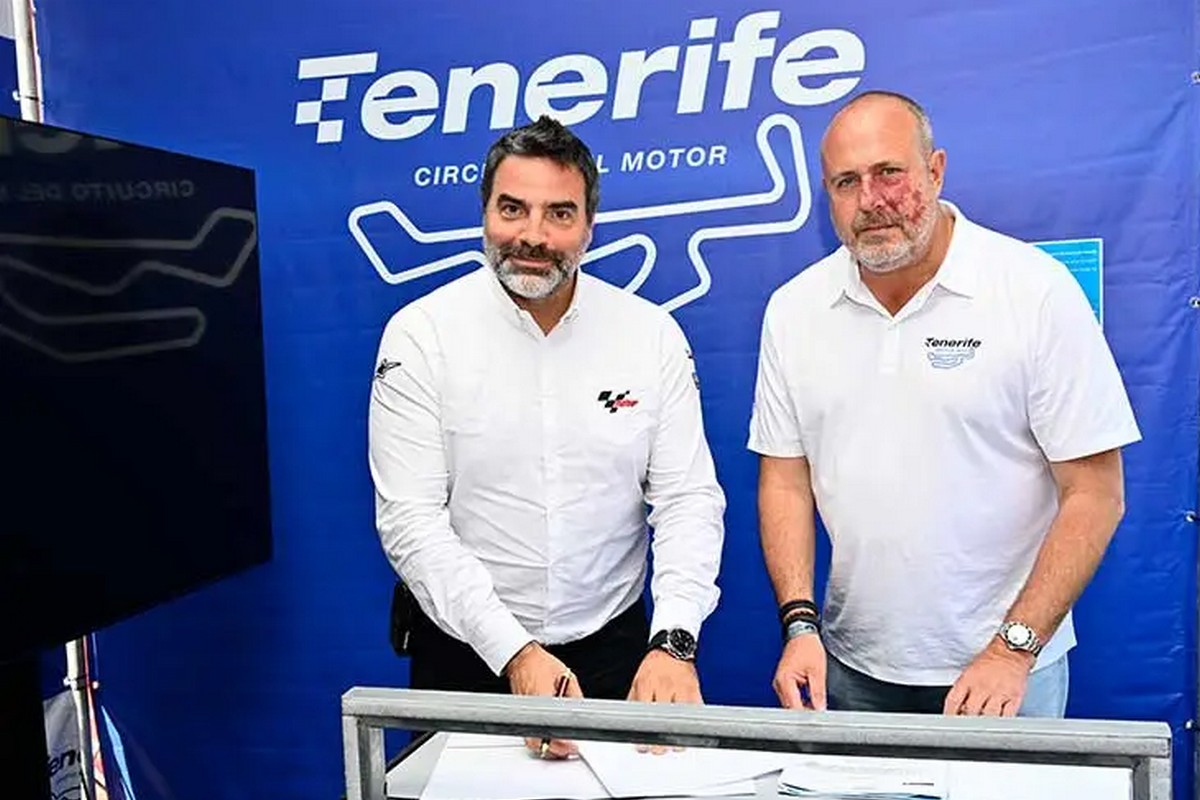 The agreement is for this season, although it could be extended Enrique Arriaga, first vice president of the Cabildo de Tenerife, and the sen

The agreement is for this season, although it could be extended

Enrique Arriaga, first vice president of the Cabildo de Tenerife, and the senior director of Global Commercial Partnerships of Dorna Sports, Marc Saurina have signed a collaboration agreement with Dorna, the organizing company of MotoGP, to promote the Tenerife Motor Circuit in the Grand Awards.

The Cabildo de Tenerife, through Ideco, has signed a collaboration agreement with the Dorna company whereby the organizing company of the MotoGP Motorcycle World Championship advises and promotes the Tenerife Motor Circuit throughout this year. An agreement that could be extended for the following season.

“The image of the Tenerife Motor Circuit will be spread and promoted with a stand that will be present in the Fan Zone of some of the Grand Prix of the MotoGP World Circuit during this season”assures the Vice President of the Cabildo de Tenerife, Enrique Arriaga.

Stand with motorcycle simulator with the layout of the Tenerife circuit

The dissemination and promotion action of the Tenerife Motor Circuit will be carried out from a stand where there will always be two people with documentation and technical data, with the aim of attracting and informing the public of the project and promoting the download of additional information through a QR code that will allow them to participate in a survey.

The Cabildo assures that the works will be tendered this year

“With this contract, the Tenerife Motor Circuit will have the technical support of Dorna for the training of commissioners, technical personnel, as well as the preparation of the necessary logistics for the implementation of a sports infrastructure of this type”Arriaga confirmed.