The Thunder snack on some “exhausted” Brooklyn Nets 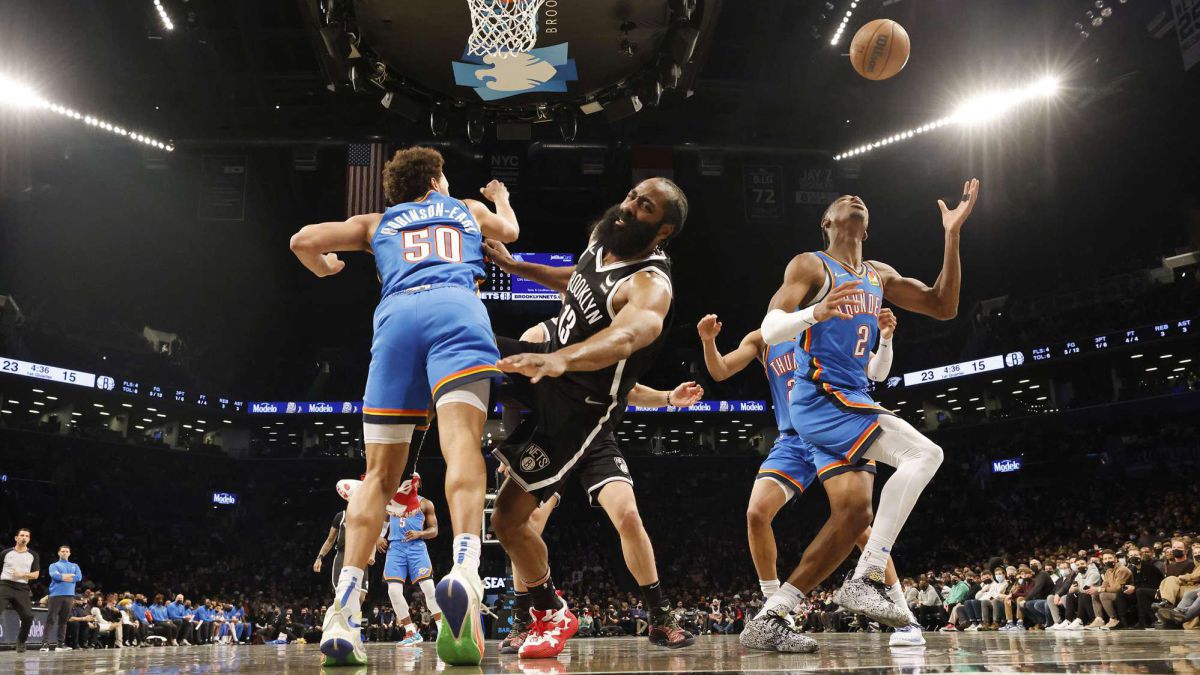 Pelicans 113 - Clippers 89 The Los Angeles Clippers season may be over as far as competing is concerned. Without Kawhi Leonard, it seems that def

The Thunder snack on some “exhausted” Brooklyn Nets

The Los Angeles Clippers season may be over as far as competing is concerned. Without Kawhi Leonard, it seems that definitely after a hint of a possible return before April, and without Paul George we will see how long, what remains is a group of players who, by themselves, will have a hard time getting into the playoffs. Although they are only a game and a half away from sixth place, the first that gives a fixed place for the playoffs, and take four and a half to eleventh, the one that marks the cut to stay out of the play-in, the trend seems clear. They have lost six of the last ten games and it does not seem feasible that this team will go up. At least for now. On the contrary, its path points downward.

From Los Angeles there are already voices that speak of a change in strategy in the franchise, that they would see the lost season without their two stars and would give up fighting in favor of rearming for the next campaign. That would happen by transferring to some of his secondary. Marcus Morris, Serge Ibaka and Eric Bledsoe are the most popular so far. The one who seems untouchable is Terrence Mann, who tonight was the top scorer of his team with a whopping… 15 points. Opposite, the Pelicans hardly broke a sweat to win a match that leaves them half a win from the play-in. Surprising considering how badly they started the season. Willy Hernangómez ran out of minutes again.

After the great victory in Chicago it was time to fall. Such is the roller coaster ride for the Brooklyn Nets, who are 11-11 at home. Rarely do you see something like this in a contender for the ring. The farce of Kyrie Irving, the situation with the non-vaccination and his inability to play in Brooklyn at the moment have a lot to do with it. Also the fact that we are facing a team with little tactical work, judging by what is seen on the court, and a general mentality of letting go at many times, as if assuming that the immense quality of several of its players will be enough to get the games going. Sometimes it works and sometimes it doesn’t. Today, more than ever, they had an excuse for it not to work.

The Nets were playing their fourth game in five days with two back-to-backs. And the one tonight, coming back from Chicago, was nothing compared to the last one, where they went from Brooklyn to Portland in 24 hours. It was the first team since Detroit in 1973 to play Atlantic and Pacific time on consecutive days. All this tute has left them “exhausted” for tonight’s meeting, as James Harden later acknowledged, who claimed to have fallen asleep at 7 in the morning after arriving home at 5 after the return trip from Chicago.

There was rest for Kevin Durant and Patty Mills, Kyrie Irving could not play and James Harden, who usually does not have enough physical background, was accompanied in the starting lineup by two rookies and two rotation players. The cards were laid before the game began. The Thunder took advantage of the situation to take an easy victory, another one in New York where they have not lost since 2017. In the second quarter the duel was over. Shai Gilgeous-Alexander was the best and came close to a triple-double (33+10+9).

The Milwaukee team had a feast at the expense of the Warriors, who show a much worse face than the rest of the season. Read the chronicle here.

The Grizzlies win their eleventh game in a row against Wolves who, once again, messed it up in the last minutes. Memphis is already a win and a half behind the Warriors. Read the chronicle here.

Denver gets a healing victory against the Blazers, who can’t find themselves, with Facu contributing according to what he plays. Read the chronicle here.