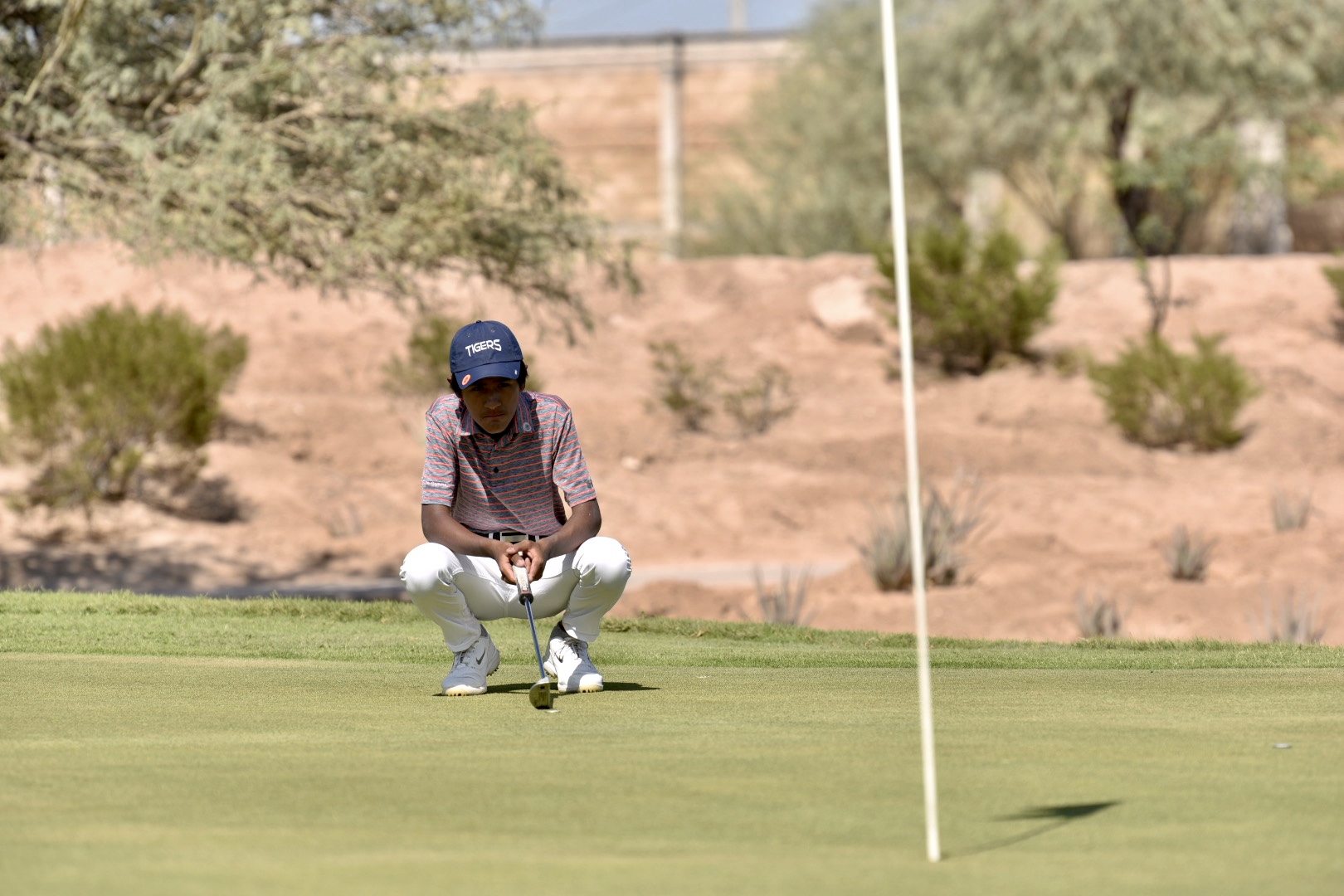 The Torreón Campestre Tigers saw action in the second stage of the 2022-23 Children's and Youth Golf Tour, which took place on two courses in the

The Torreón Campestre Tigers saw action in the second stage of the 2022-23 Children’s and Youth Golf Tour, which took place on two courses in the city of Chihuahua.

Two rounds were played at Campestre Chihuahua and at Club San Francisco. In the women’s branch, within the 12-13 year old category, Regina Jiménez Jardón won, after signing an extraordinary card of 138 shots (6 under field par).

The champion had identical rounds of 69 hits (-3) in each of them, to beat the local María Fernanda Giles Durán, who added 149. Third place went to Montserrat Barriada Sáenz, while fifth place went to Luciana Dávila Villalobos .

In 15 years and under, Isabella Hernández Garrido took third place, behind Paloma Ibarra Ambía from Saltilla and Alexa Rincón Gutiérrez from Durango. For the lagoons, María José Carrillo Cano was seventh and Verónica Jaramillo Santos eighth.

Regarding the men’s branch, the felines were close to getting on the podium of honor in the category of 18 years and under. Javier Allegre Pedroza tied with 146 strokes with Gabriel Derbez Torres from Valle Alto, but by tiebreaker criteria, the royal took third place.

A total of 147 hits were recorded by Iván Villaseñor Salas, who had to resign himself to fifth place. In the first place was Eduardo Derbez Torres from Valle Alto and with the second place, the Chihuahuan José Carlos Licón Aguirre from the San Francisco Country Club.

The same thing happened in 15 years and under, as Reda Safa Grajeda took fourth place and Marcel Petitjean Soto fifth, both tied with 146 shots, 2 above par from the field. The winner was Luis Emilio Gudiño Alanís (-3) from Valle Alto, leaving in second and third place, the representatives of La Herradura, the also regal Santiago Carrasco Mejía (-2) and José Carlos López Garza (E).

In 8-9 years, Mauricio Mijares Lugo, could not catch up with the Tamaulipas Luis Antonio Simón Mina del Campestre Tampico, to keep the place of honor. Andrés Marcos Cantú from Campestre Monterrey, was third.

Tags: Golf, country, stayed
Drought: Environmentalists fill holes in golf courses in France with cement | companies
The Country Club of Cali vibrated with the Anniversary Golf Tournament for Couples
Wenceslao Mansilla: “It’s the first time I can dedicate myself one hundred percent to boxing”
GOLF 1497