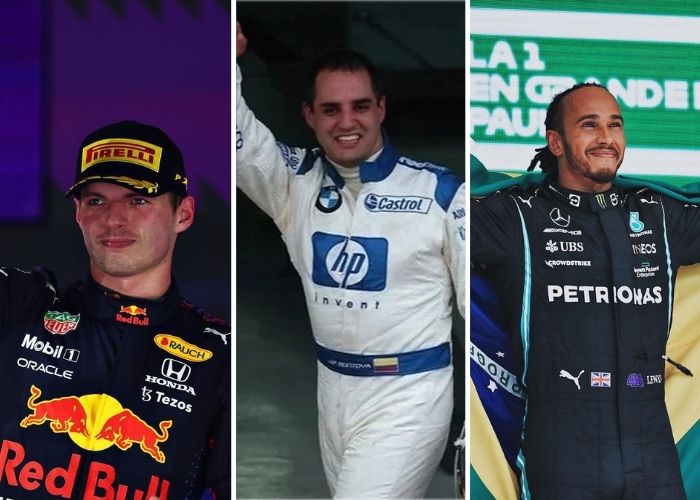 Verstappen and Hamilton play a title hotter than ever, in addition to the possibility of tying a record that Montoya has held for almost 20 years

Verstappen and Hamilton play a title hotter than ever, in addition to the possibility of tying a record that Montoya has held for almost 20 years

Last weekend the penultimate race of the 2021 Formula 1 season was held, which has the red-hot fight between Lewis Hamilton and Max Verstappen. Britain’s seven-time world champion’s victory in Saudi Arabia left the drivers’ standings tied in points with only one race to go, with 369.5 points each.

Due to the tie, the one who finishes ahead of the other in the final race in Abu Dhabi will be the champion. It is an almost unprecedented situation since it is only the second time in 71 years that the two world champions have reached the last race tied on points. Depending on how the World Cup is defined, there is the possibility that a record held by Juan Pablo Montoya for the history books will be equaled.

The Colombian holds the unfortunate record of being the rider with the most consecutive podium finishes in the same season without being a champion. Montoya made 8 consecutive podiums in 2003 but failed to be champion, since that year the title fell into the hands of the all-powerful Michael Schumacher. Montoya made podiums in Monaco (win), Canada, Europe, France, Great Britain, Germany (win), Hungary and Italy. However, a sixth place in the United States and a retirement in Japan defined the race in favor of the German.

In case Hamilton is the champion next weekend and adds his eighth title, Verstappen can match Montoya’s record by being second or third. The Dutchman comes from making podiums in Russia, Turkey, the United States (victory), Mexico (victory), Brazil, Qatar and Saudi Arabia, for which he would complete his eighth podium in a row in the United Arab Emirates.