The two faces of Schumacher 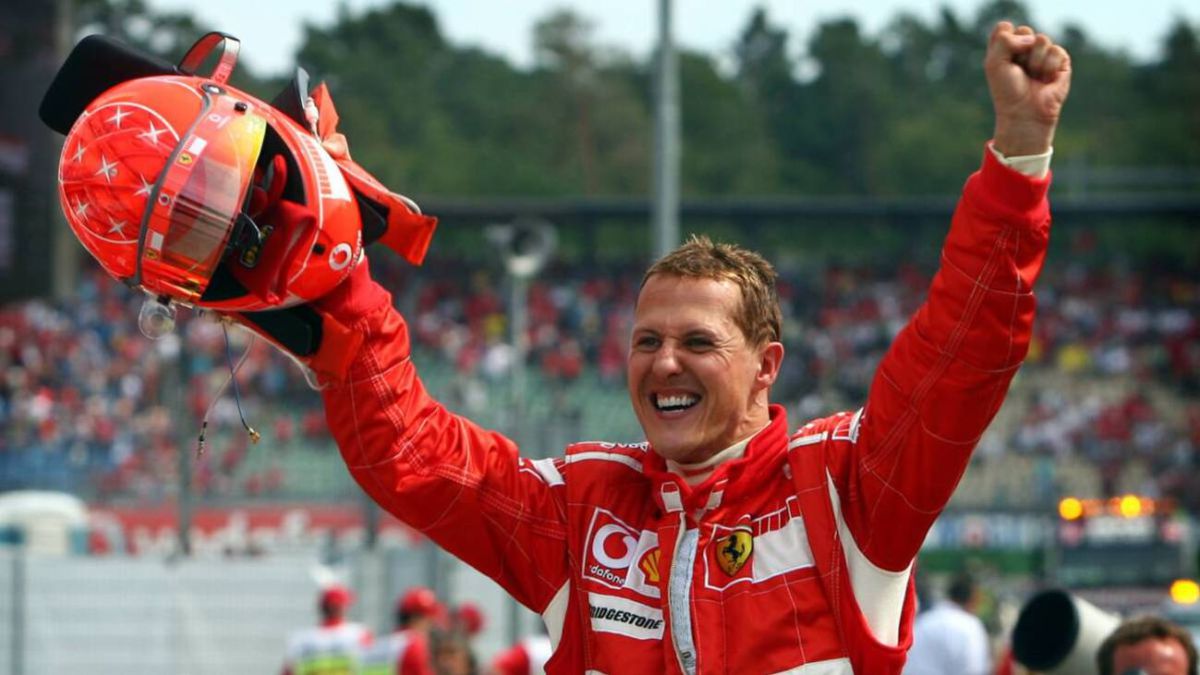 "I think Schumacher had two faces. There was the racing driver, uncompromising, fast, determined, a serious racer. And there was Michael as a per

The two faces of Schumacher

“I think Schumacher had two faces. There was the racing driver, uncompromising, fast, determined, a serious racer. And there was Michael as a person, a familiar man. “He has been (and still is) one of the greatest champions of Formula 1, but if he is known for something by those who shared years of racing with Michael, it is undoubtedly for his charisma as a person and his discipline as a car driver. This is how one of them defines it, David coulthard (Former McLaren driver among others), with whom he also shared pleasant and familiar moments off the track.

Two faces. That lets you see the documentary that ‘Netflix’ has released on its platform this September 15. A review of the professional and family life of Michael Schumacher, in which there are no shortage of very hard moments. A German boy who came to Formula 1 almost by surprise until he became one of the greatest of all time. A real, reserved person who liked to run, but wanted to put aside that label of Superstar. He wanted to live a normal life and didn’t understand why he couldn’t. And, sometimes, that situation revealed its most bitter side. “Sometimes that behavior was his way of expressing his shyness,” He says Jean Todt, one of his great friends.

“There were times when I was alone, no one came close. I think it was quite difficult to meet Michael. I always had my defenses up, “he says. Mark Webber. “He’s very cautious, always has been. It’s at first, when he meets someone, until he decides to trust her. Then it opens completely “, Add Corinna Schumacher, his wife, key to the platform’s documentary.

Complicity with your team

And it is that, all the pressure that he has had in his life, it was not easy to carry. Known is his time at Ferrari. He worked years and years until he was able to proclaim himself world champion with the Italian brand, giving him a World Cup twenty years later, with a new car, totally different from the one he took in 1996. And the road was not made of roses. He had a bad time, although he hid it in front of the cameras and he left his skin in hours and hours of work. The first to arrive and the last to leave. Working hand in hand with his team that, without a doubt, has a very positive memory of him. Because this was the real Michael: a calm person, who cared about getting to know people and who, when he had to, left behind the facade of a pilot that he showed on weekends.

“He always had a smile, a ‘thank you’ or a ‘please’ for everyone at the moment, even in times of stress. That attention to detail was allowed with us. We were all important, “recalls one of his mechanics. And that’s where Michael made the difference. The smallest detail of knowing everyone, even their families. He knew how to motivate them and make them feel important. “Even the pasta maker was glad to see him. I thanked him and always told him that his pasta was the best. Even the cook was important to the team. It offered a sense of security, “adds his wife, Corinna. And, with those little details, his legend grew bigger.

But not everything could be good times. When the competition arrived and Michael Schumacher took to the track, his other side emerged. It was transformed. And, that, cost him several controversies throughout his life. His first big meeting was with Ayrton Senna, but then more came. How to forget the 1997 season, when he was disqualified without points after winning the runner-up, his friction with Damon Hill (champion in 1996), with Mika Häkkinen or David Coulthard himself, with whom he almost came to blows inside the Mercedes box After a touch in the rain In fact, the team had to keep them separate. “I told him, ‘I’m sure you’ve been wrong sometime.’ He thought for a while and said, ‘Not that I remember.’

His arrogance may have played tricks on him in his professional life, but there is no doubt that it made him the champion that he once was. He knew his limit, he did not back down from the dangerous and put himself on another level, away from the rest of the mortals. “He was a great professional, but he had a heart. He had the charisma of a champion. That was the gift he gave us, it was, without a doubt, his contribution to Formula 1. There has been no pilot like Michael “, admit another champion like Vettel. With everything, Michael Schumacher “became untouchable” and, above all, in a legend that will be remembered for eternity.

F1 | What happens when one Alpine works and the other doesn’t
Formula 1 – First date of the GP in Bahrain
The Sainz in ‘El Hormiguero’: Competitiveness, Formula 1 and an accident
FORMULA 1 1285