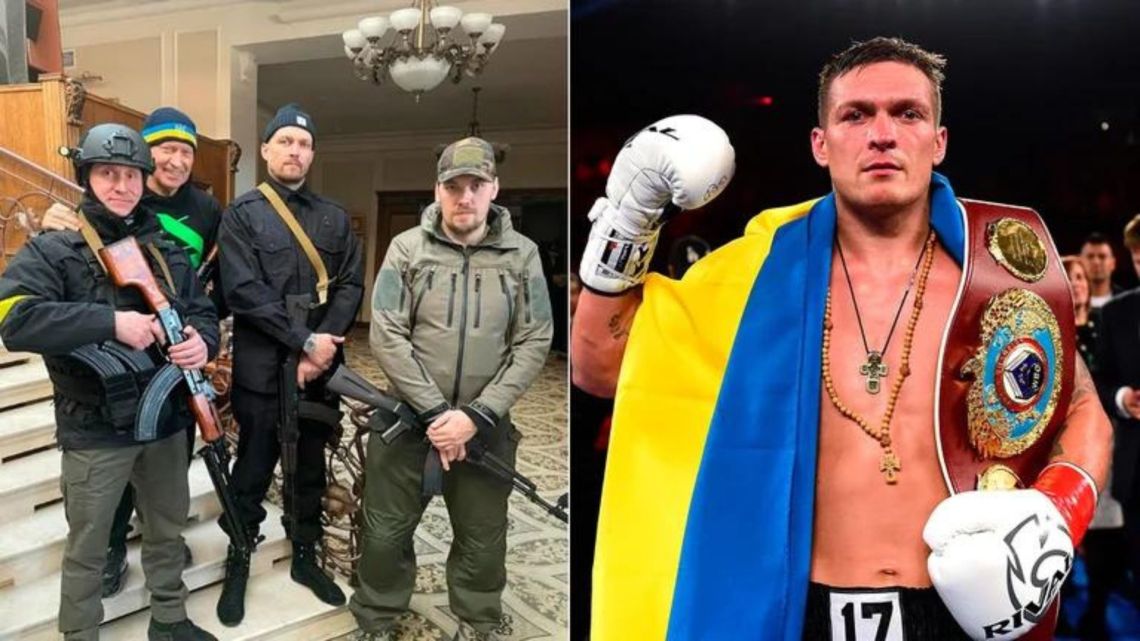 In March this year the Ukrainian Oleksandr Usyk surprised the world again, but not because of a sporting milestone, like the one he achieved last

In March this year the Ukrainian Oleksandr Usyk surprised the world again, but not because of a sporting milestone, like the one he achieved last September when he snatched the world belts from Briton Anthony Joshua, but because He decided to pause his boxing life to serve his country against the Russian invasion.

“If they are going to want to take my life, or the life of my relatives, I will have to do it. But I don’t want that. I don’t want to shoot, I don’t want to kill anyone, but if they’re going to kill me, I won’t have a choice.”, was the bloody story of the world boxing champion who did not hesitate to join the Ukrainian militias.

“Boxing helped me to be calm and mentally prepared,” Usyk acknowledged about his time on the battlefield, while he sentenced: “My country and my honor are more important to me than a championship belt”.

For this reason, the rematch against Anthony Joshua was delayed for the second half of this year, and It will take place this Saturday from 4:00 p.m. (Argentine time) at King Abdullah Sports City in Saudi Arabia. The fight will put the WBA, IBF, WBO and IBO heavyweight division titles on the line.

Loading...
Newer Post
How many Super Bowl titles does Tom Brady have in the NFL?
Older Post
CONTEST – Adam Scott with best results in PGA Golf