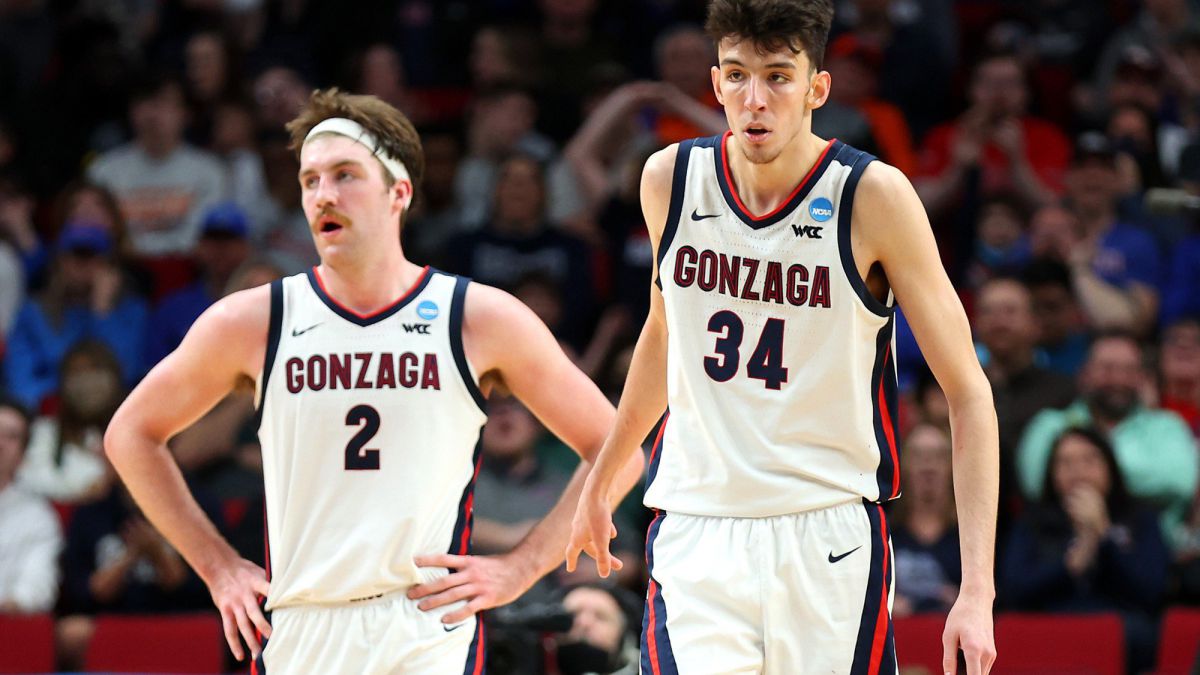 Gonzaga beat Georgia State, of course. doOf course? Yes, of course... but eye. The final 93-72 seems logical, nothing to see here. A seeds 1 (

Gonzaga beat Georgia State, of course. doOf course? Yes, of course… but eye. The final 93-72 seems logical, nothing to see here. A seeds 1 (in the West) outscoring a 16 by more than 20 points. Not a seeds 1: the great favorite in all the rankings of the country, the team that arrives at Madness 2022 to close the wound of 2021when in the final he was left without a title and without a perfect season (31-1) after stamping against the immovable will of Baylor.

But, I insist, eye: the match was 35-33 at halftime, 45-46 at the start of the second half and 62-58 ten minutes from the end. There those of Mark Few, who had warned that the Panthers were not a seeds 16 more and that his level was better than his ranking, they found the turbo of his fine attack, his hallmark: 21-0 run that reached 24-1 and 58 points in the second half. But there was a scare, minutes of a lot of nerves in some Bulldogs who accepted their references. The veteran, a Drew Timme who finished with 32 points and 13 rebounds and scored 22 in the second half (he is 21 years old, is in his third year of college and wants to avenge last year’s insult); And the young, the new, the Unicorn: Chet Holmgren, an illogical talent who measures 2.11 but only weighs 88 kilos. What is an endless lanky with flair, drive and base throw range. But also with kilometric arms to change shots in his area. Holmgren ended up with 19 points, 17 rebounds, 5 assists and 7 blocks. It is the first match in the tournament (since blocks are counted, starting in 1986) of 15+15+5+5. And the center’s second in an entire season in which no one has signed any more.

For many, Holmgren has to be No. 1 in the next draft. Those who fear that it is too light, too skinny, they place it as very low in the three. Over there are Jabari Smith and Paolo Banchero, two other contenders for 1. Holmgren has the danger of its unconventional buildingbut also the highest ceiling of any player this generation. A special talent with whom, before thinking about the NBA, he wants to put Gonzaga where his friend Jalen Suggs, team leader, could not last year almost perfect of 2021 and number 5 of the last draft. The first round is behind us, now Memphis comes in second. A bone.

An absolute disaster for Kentucky

If the 1 in the West, and the consensus favorite, saved the first night, in the East the number 2 fell, a gigantic danger (it was assumed) for the champion Baylor for his side of the draw. Kentucky, a colossus, could not (79-85 after extension) with the Peacocks from Saint Peter’s, a small Jesuit college in Jersey City who are in the varsity tournament for the fourth time. Kentucky, for comparison, has eight titles. But it neither reached the tournament in 2021 nor has it passed the round in 2022, for the first time eliminated at first since John Calipari was on the bench (2009). The University of Lexington had 30 straight wins against teams ranked in double figures, 10th or worse. And he spends a year on his basketball team more than ten times what these Peacocks who are the tenth seeds 15 that eliminates a number 2. If you look at the differences provided by the bookmakers, this is the third biggest surprise in history since (1985) the tournament includes 64 teams: from +20 to +21.5 from Norfolk State to Missouri in 2012 and UMBC’s +20.5 to Virginia in 2018.

It was a hysterical game with 16 draws and 13 changes of command. Resolved in overtime because Kentucky did not tie the game in the last four minutes (they conceded 0-7 when winning 68-62). In part, because the Congolese midfielder Oscar Tshiebwe couldn’t take it anymore, exhausted at the end and with poor aim from the free throw line after pulling his team as far as he could: 30 points and 16 rebounds for a player aiming at the end of the first round of the next draft, in which in theory it can be top 10 Tyty Washington Jr, one of the first disappointments of the tournament: the point guard had 5 points and 1 assist, unfocused and, a known danger to Kentucky, helpless in creating additional play and points. Thus, Saint Peter’s was able to tighten the bond and finally win in the battle of nerves, with a tremendous match from his pair of guards: 27 points from Daryl Banks III and 20 from reserve Doug Edert. It’s March and you have to dance, but Calipari’s Kentucky forgot to do it at the worst time.

NBA Finals 2022: The anticipated final of the Finals that they did not expect in the Bay
Minnesota Timberwolves – Phoenix Suns, live
Oklahoma City Thunder – New Orleans Pelicans, live
NBA 2788