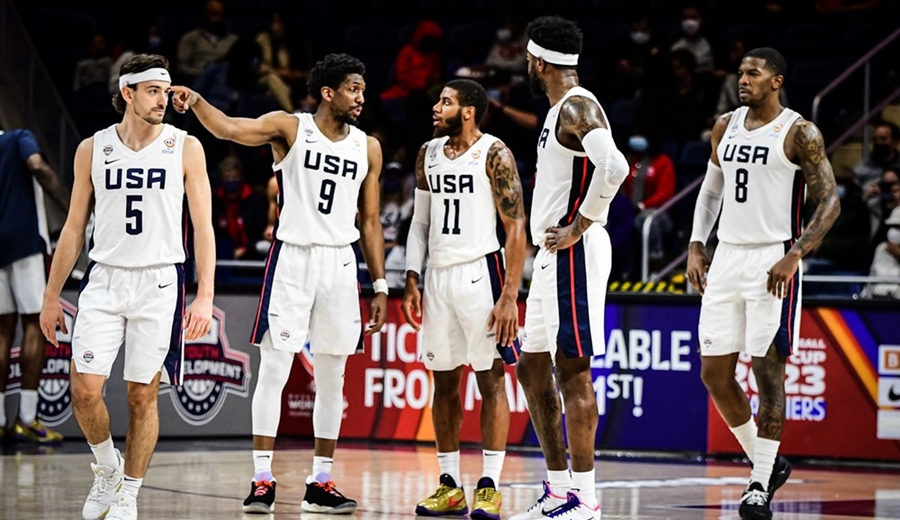 It is not the 'Dream Team' that knew how to have Magic Johnson and Michael Jordan together, but they do have a hierarchy. The United States r

It is not the ‘Dream Team’ that knew how to have Magic Johnson and Michael Jordan together, but they do have a hierarchy. The United States revealed the squad with which it will face the second qualifying round for the 2023 World Cup that will be played in the Philippines, Japan and Indonesia.

In total there are 12 athletes who will represent one of the favorites not only to qualify for the world championship, but to win it. The athletes named are Tyler Cavanaugh, Malik Ellison, Michael Frazier II, Langston Galloway, Dewan Hernandez, DaQuan Jeffries, John Jenkins III, Mac McClung, Eric Mika, David Stockton, Robert Woodard and McKinley Wright.

Of these, Frazier, Galloway, Jeffries, Jenkins, Mika and Stockton come from the last window in July, in which the American team achieved a mark of two wins and zero losses against Puerto Rico and Cuba, both playing in condition of visitor.

Although many of the players are not very well known, the reality is that almost all of them have several NBA seasons in their career, so the experience they have is quite a lot in the best basketball in the world.

Another who also has several games in the best basketball in the world is the 31-year-old shooting guard John Jenkins III, who has played for the Atlanta Hawks, Dallas Mavericks, Phoenix Suns, Washington Wizards and New York Knicks.

This team will also bring with him the son of NBA Hall of Famer John Stockton -winner of two gold medals- David Stockton, who has had minutes in the Sacramento Kings and Utah Jazz.

The United States will come with two players who currently play in the NBA, such as Robert Woodard and McKinley Wright, with the San Antonio Spurs and Minnesota Timberwolves, respectively, both with dual contracts (which means that they alternate between the NBA and the G-League ).

Another player to keep in mind will be the young Mac McClung, who currently has a non-guaranteed one-year contract with the current NBA champions, Warriors, and who comes from being one of the figures in the previous edition of the Summer League. . In addition, he has already played with the Chicago Bulls and the Los Angeles Lakers.

The match between Colombia and the United States will be next Monday, August 29 at the Elías Chegwin Coliseum, in the city of Barranquilla, a duel in which the national team will seek a feat and thus defeat one of the best teams in the world.

Loading...
Newer Post
10 years after Mexico Olympic champion: Is the gold medal in London 2012 the greatest achievement in the history of Mexican soccer?
Older Post
The highest paid NFL players of 2022