The University of Polo: “We are like the NBA, but we are not in the USA” 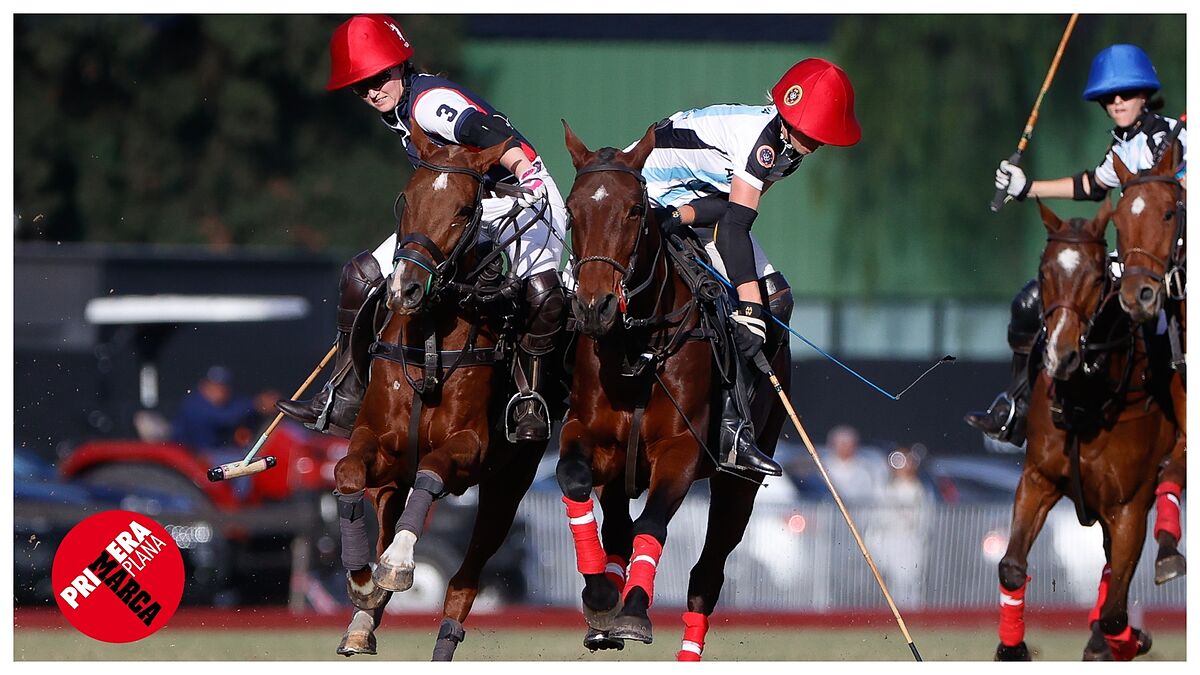 Acoming from Libertador General San Martín at its intersection with Dorrego, just ten minutes from the commercial center of Buenos Aires. Ah, it lo

Acoming from Libertador General San Martín at its intersection with Dorrego, just ten minutes from the commercial center of Buenos Aires. Ah, it looks like the world polo ‘cathedral’. The plural could even be used, because there were two courts inaugurated in Palermo almost a century ago. In 1928, specificallyafter the River Plate Polo Association and the National Polo Federation had merged six years earlier into the Argentine Polo Association (AAP), and the leaders of the latter, together with those of the War Horse Commission, ordered a construction that has been the stage for all kinds of conquests… the last one just a week ago.

Because it was then that the local team won the first Women’s World Cup in a sport in which they definitely Argentina is the great power, not in vain it also dominates the men’s list with five championships, for the three of Brazil and the two of Chile. Waiting for what happens this year in Florida (West Palm Beach, between October 26 and November 6), the only non-South American national team that can boast of a wound is precisely that of the United States, which won in 1989 at the expense of England. The thing comes from afar, moreover, because when polo was Olympic, between 1900 and 1936, the albiceleste conquered the gold medals in Paris and Berlin.

But we were in that final played a few days ago, when Agustina Imaz (two goals), Azucena Uranga, Catalina Lavinia, (three, one from a penalty) and Paulina Vasquetto (one) formed the team with which Argentina thrashed the United States 6-2 United (appearing again) Around 6,000 people, who had filled the stands, celebrated the title live. “For the best polo, the best courts and incomparable horses,” explains the AAP, self-defined as “the governing body of the game of polo in Argentina and the main benchmark for polo in the world”. In 1987, the men had also settled their first World Cup in Palermo. In the ‘cathedral’, it should be remembered.

“The women’s pole is the one that is growing the fastest and the one that has the best chance of being global. In the case of women, it is a much more competitive platform from the beginning, which is now exploding and is going to grow radically in the coming years, both in Argentina and in the rest of the world.“, explains Carlos Menéndez Behety (vice president of an organization that opens its doors to the Front Page through Javier Fgoli), aware that, although polo has a presence in many countries, at a competitive level it can hardly be added to Spain, Canada, Australia , France, India, Pakistan, Mexico, Paraguay, Uruguay, United Kingdom or South Africa with respect to those already mentioned in this text.

“More polo is being played than has ever been played before,” says Menéndez. “Argentina has the role of being the governing body, because in some way we lead the agenda,” he adds before entering into similarities: “We aspire to compare ourselves with Wimbledon and Formula 1, but in terms of income there is still a long way to go. We have the challenge as leaders to be at the level to position a sport in which we are the best worldwide. This is about generating wealth and expanding the size of the industry. We are like the NBA, but we are not in the United States. Polo needs a repositioning process, because it is biased towards something very elitist, very small…“

And if Argentina is known worldwide as the best school for the sport in question, now that school has a name. ‘Polo University’ is a platform created by the AAP to promote teaching with face-to-face courses, training and qualification programs and online certification. Among the plans that are offered, basic, monthly or annual, the presence of ‘Polo, inheritance of glory’ is curious, a series that Discovery will premiere in 2018 and that proposes a journey of six episodes through the history and traditions of the polo culture in Argentina. “We needed people to teach how to play. We wanted to generate and accumulate knowledge to be able to export it and improve the quality of the industry,” explains the vice president, closing the paragraph with a word that he uses for the second time… and not the last. 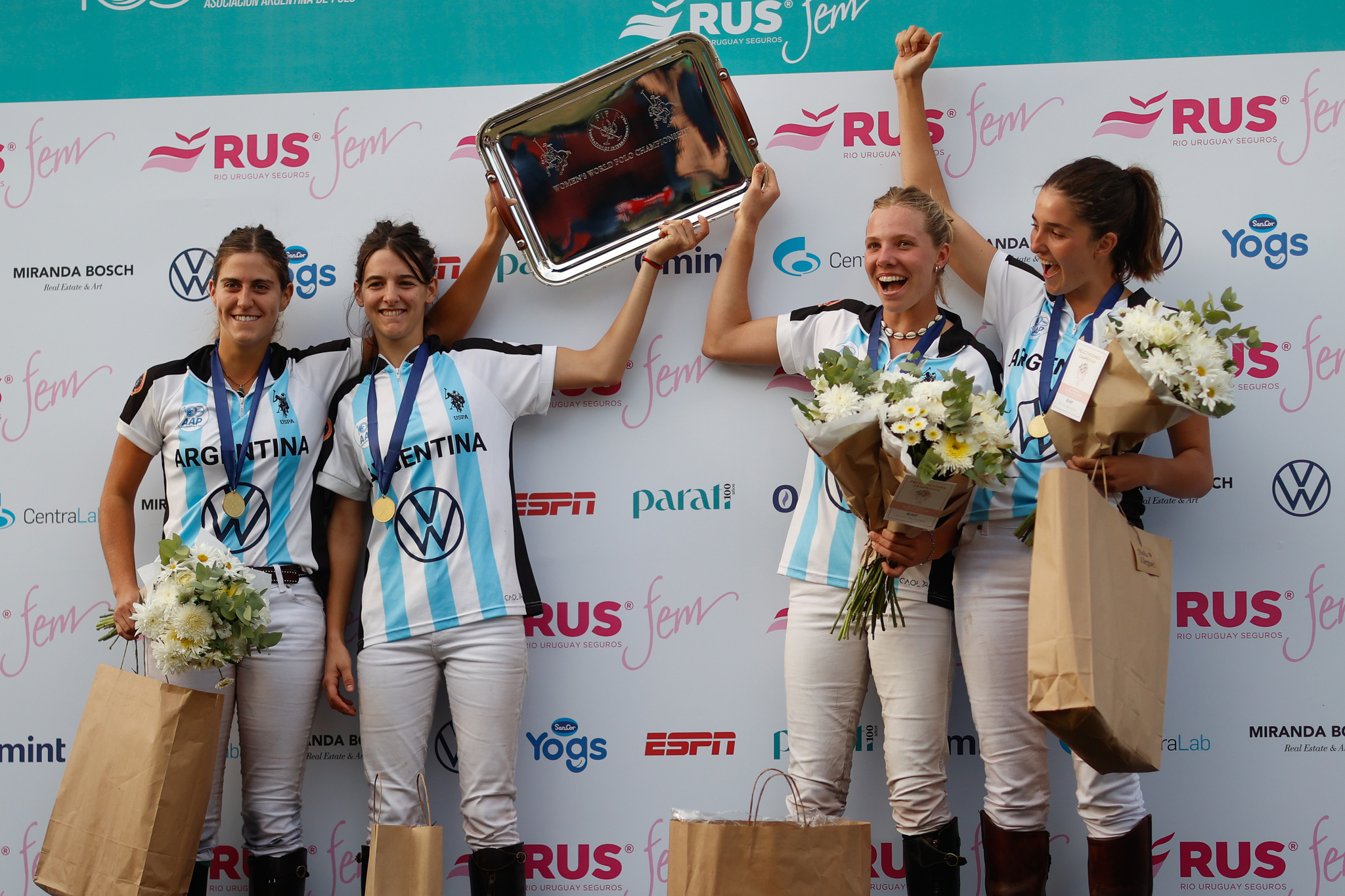 Because in Argentina there are about 6,500 polo players, of which 3,500 are federated, but behind all of them there is much more: “We calculate that around each one there are ten jobs that are generated. What we visualize are the direct employees related with the horse industry, but then there is a very sophisticated indirect industry, which is among the most qualified workforce in the world”. Another factor to consider in this regard is tourism: “It is probably the most valuable considering the per capita income. It helps bring in investments because it’s not just that they come to watch polo. They come to buy, to consume… It is a high-impact tourism“.

It is not surprising, as things are, that the record of local competitions is tremendous: Intercircuit National Championship with Handicaps for the Argentine Republic Cup, Argentine Youth Open, National Tournaments for Minors (as well as those for Foals and Foals), intercollegiate for the Cups Santa Paula and New Zealand, Argentine Polo Open (maximum inter-club tournament that also annually puts the finishing touch, also in Palermo, to the Triple Crown dispute, which also includes the Tortugas Country Club and Hurlingham Club open)… the Association’s official website offers in this sense a list of 257 entities that, due to their alphabetical order, will go from the AAP Pilar-E to Washington.

The influence, in short, reaches the extreme that the determinations that can be made in Argentina regarding the rules of polo, especially sensitive due to their complexity, find immediate replication at the international level (with the aim of equalizing the matches, the handicap is handled for players … and most of those who reach the maximum score are precisely albicelestes). In that sense, to summarize, try to look for the show, with American professional basketball again on the horizon: “We want there to be more fun. At the end of the day it is an entertainment and show business industry. Yes, you are the NBA, but you are in Argentina and that is a challenge. You have to rise up. For a long time we have been looking out of the corner of our eyes at what institutions at this level do, also the PGA… all the professional institutions that administer the sport”.

Polo is an ancient sport, the practice of which dates back more than 2,000 years and whose origin probably lies in Central Asia. These are two teams with four players each, mounted on horseback, who try to carry a wooden ball towards the rival’s goal, made up of two wicker posts, by means of a cue. It is played on a grass field measuring 270 by 150 meters and lasts approximately two hours, divided into six or eight times called ‘chukkers’.

Tags: sports Center, Another sports, front page
Tico Danilo Vega was crowned Pan American MMA Champion
Outrage in MMA: Knock out your opponent with a flying knee… in the face-to-face!
Tiger Woods, weekend of golf and family in Mallorca
NBA 4209