The unknown with Juancho is cleared: his year in Toronto will be guaranteed 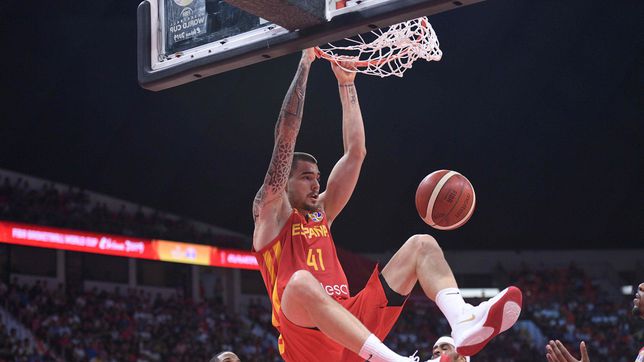 Juancho Hernangómez will be able to face the Raptors' preseason campus with some peace of mind. Not much at a sporting level, since he will have t

Juancho Hernangómez will be able to face the Raptors’ preseason campus with some peace of mind. Not much at a sporting level, since he will have to fight to keep his position in a squad with a lot of competition for someone with his profile, but in terms of salary security.

The Spanish forward’s contract will be guaranteed for the 2022/23 season. In other words, he will collect it in full even if he is cut at some point in the campaign. He has reported on this Blake Murphy, who follows the news of the team for Sportsnetand also contributes the journalist Keith Smith, from the contract specialist Spotrac, which is an agreement for the veteran’s minimum. In the case of Hernangómez, who has six years of experience in the NBA in his backpack, the amount that he will receive thanks to the current agreement is 2.2 million dollars. That is already fixed.

Juancho Hernangómez comes from a tremendous ups and downs in the last year. Before last summer’s Games, which he couldn’t play because his team prevented him, he was with the Timberwolves, tiptoed through the Grizzlies, played for the Celtics and Spurs and ended up with the Jazz. And now he touches Toronto, a team well planted in the Eastern Conference where he will seek to remain when he ends his commitment to the national team.

For the player from the Community of Madrid this is a small respite. At least in the economic part. He can go to play the EuroBasket with the National Team, of which he is one of the main assets, without reservations and then face the Raptors’ preseason camp. However, Nick Nurse’s place in the final squad for next season will be decided there, before 2022/23 begins, and there are still adjustments to be made in Toronto. Big forwards who can play both ‘3’ and ‘4’ had Pascal Siakam as their main and OG Anunoby; more as a fixed forward they have added in this market the current champion Otto Porter; They also have two others who are power forwards but can go up to ‘5’, in the case of Scottie Barnes and Chris Boucher. All of them are competition for Juancho at a sporting level but they do already have their presence on the roster assured. Hernangómez starts with an advantage among the players who remain pending a final decision, just like the Ukrainian Svi Mykhailiuk. There are three other players, DJ Wilson, Justin Champagnie and Dalano Banton, whose contracts aren’t fully guaranteed and who could get the cut they need to make between them in Canada.

NBA. Blanca Burns, to leave a mark on the staves
Indiana Pacers – Washington Wizards, live
NBA: “This is my house”: the most emotional vindication of Klay Thompson, the great story of the season in the NBA
NBA 3181