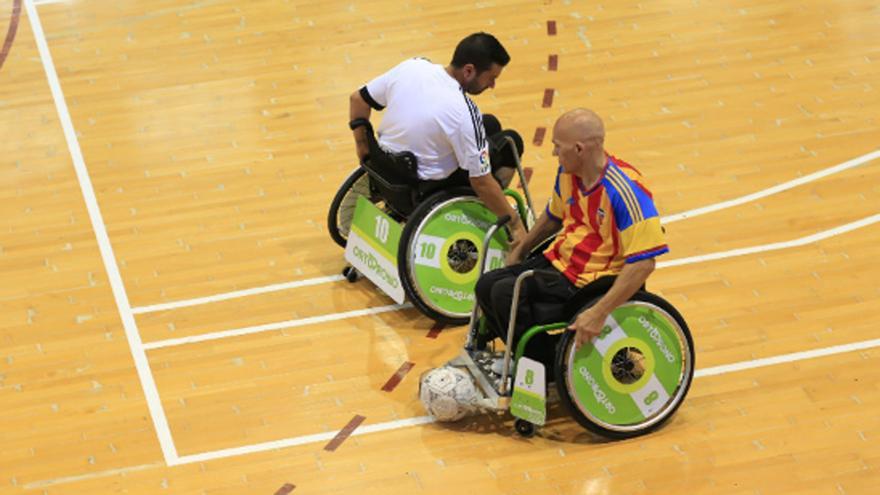 The teams of the Association of Soccer Players of Valencia and the Atlético de Madrid Foundation will open this Saturday (11 am) the first City of Valencia Chair Football Trophya sports modality that allows people who only have mobility in the upper part of the body to play football in a wheelchair.

The playing field of the tournament, which is held at the Estación del Norte in Valencia, is completed by the team from the Polytechnic University of Valencia, Vilasport, Educapazygol from Cantabria and a recently created team such as Leyendas de España.

On Saturday, from 11 a.m. to 3 p.m., there will be uninterrupted matches and, after a one-hour break for lunch, the competition will resume until 7 p.m. with six games on the first day, while on Sunday it will be played by the fifth and for third place and the final will take place at 12:00 noon.

The senior team of the competition is that of the Valencia CF Football Players Association, which was officially presented in February 2019 and has toured such important places as the National Hospital for Paraplegics, Plaza de Felipe II or Paseo de la Castilian in Madrid.

At the end of that same year, the Educapazygol team in Santander began to be forged, which is made up of eight players, three of them without any disabilities, and in September 2021 the team of the Polytechnic University of Valencia was formed, promoted by the organization itself. and futsal professionals from the Community.

This year began the training of the team that has hosted the Atlético de Madrid Foundation and Vilasport was also created. The last to arrive was the Legends of Spain team, which arose from the interest of the Association of International Soccer Players in supporting this sport.