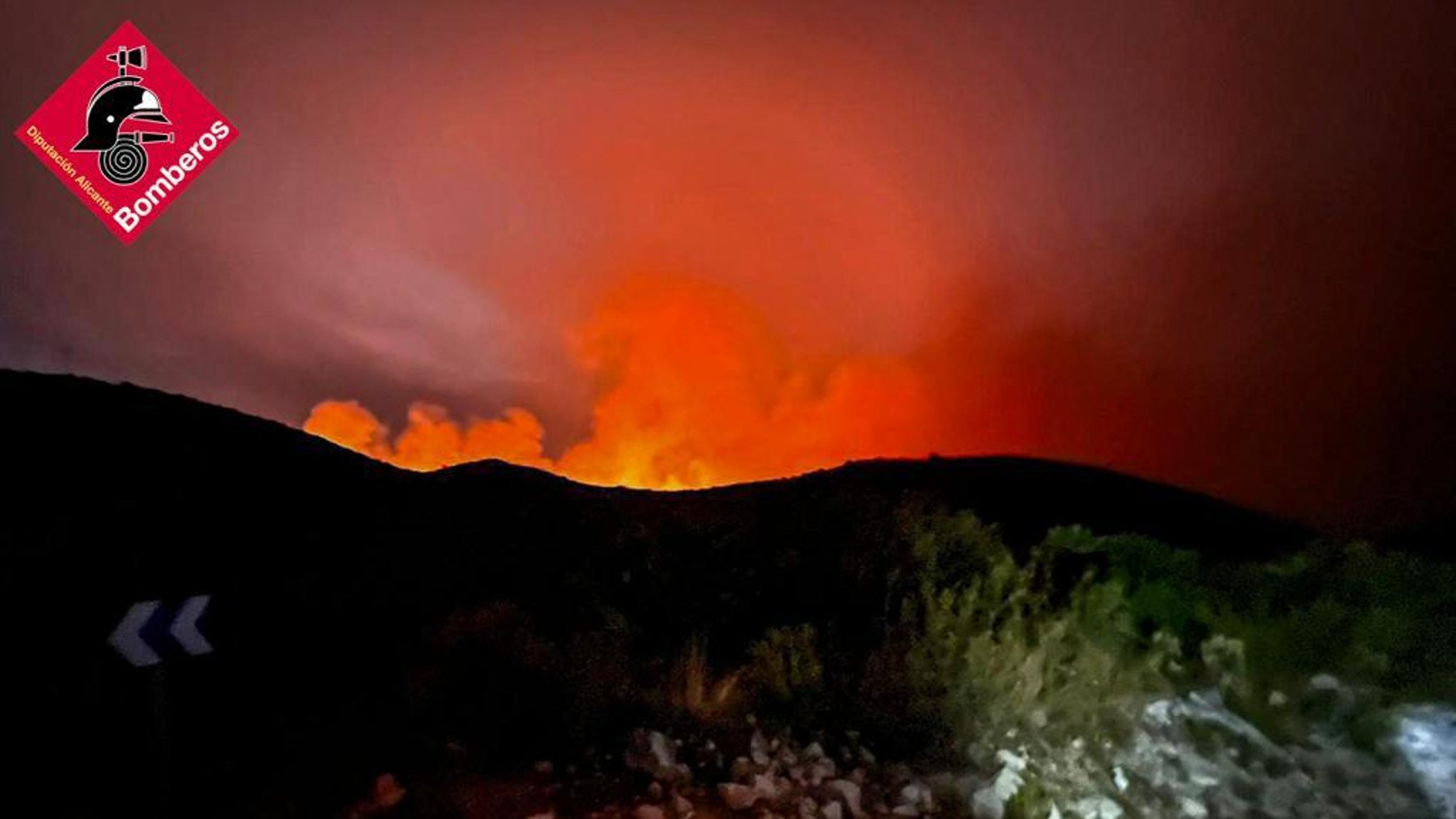 The terrifying fire in Vall d'Ebo, in the Marina Alta region of Alicante, a territory close to the province of Valencia, has already destroyed 9,5

The terrifying fire in Vall d’Ebo, in the Marina Alta region of Alicante, a territory close to the province of Valencia, has already destroyed 9,515 hectares, an area equivalent to 6,660.5 football fields. More than 300 personnel work in the tasks of extinction by land and air, to which firefighters from the City Council of Alicante in the face of the enormous difficulty in stopping a fire that is already ravaging a perimeter of at least 65 kilometers.

Around 1,500 people have been evicted from their homes. Some housing estates Pego, Benirrama and Beniali They were initially evacuated. Other homes in the municipality of Castle of Castells and the towns of Tollos, Famorca, Beniaia and Vall d’Alcalá, all of them small urban centers -Tollos has around 50 inhabitants, Famorca 45 and Facheca 107, to name a few-. The regional road that connects Vall d’Ebo with Pego has been cut due to the proximity of the flames. It’s not the only one. The fire is now seriously affecting the region of El Comtat (El Condado).

This fire is not the only one to which the means of extinction are attentive. Other 2 fires, in Bejís and Useres keep the Valencian Community on high alert. In the latter, around 800 hectares have been burned.

The Vall d’Ebo fire allegedly originated due to the effect of lightning during a dry storm – electrical apparatus without rain – and since its inception the difficulties of the orography have been a serious problem for the means of extinction. The pre-emergency level due to the risk of forest fires throughout the Valencian Community is now extreme. Until the authorities have prohibited making any kind of fire and they have warned to notify 1-1-2 immediately in case anyone sees smoke or fire.

European Leagues; Teams that generate the most income from sponsors
The world of football surrenders to the assistance of Luka Modric
Liga MX: General table at the moment; Matchday 8 Opening 2021
FOOTBALL 3742